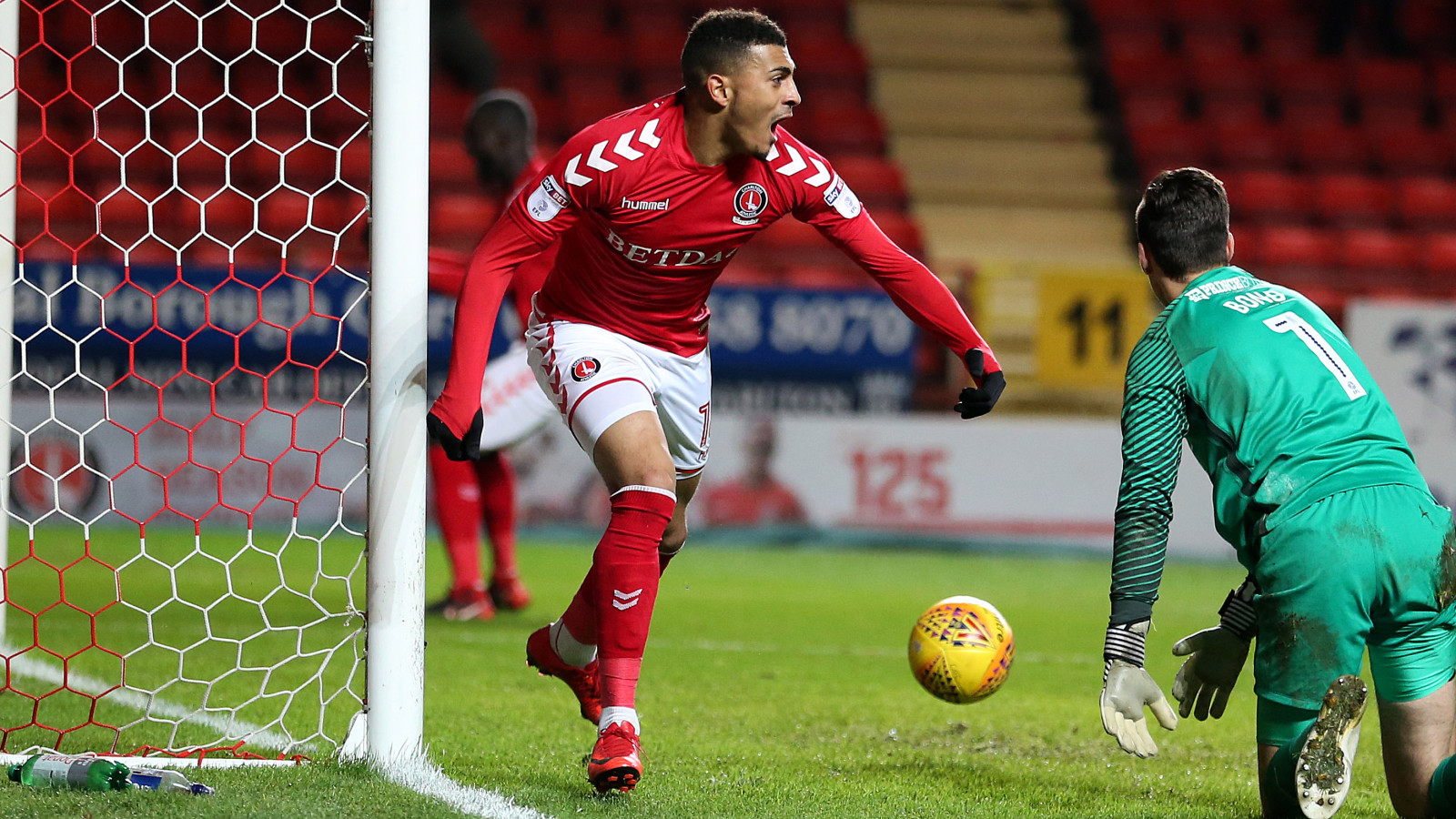 Academy graduate Karl Ahearne-Grant was overcome with relief after scoring Charlton’s last-gasp equaliser against Peterborough United at The Valley.

The Addicks trailed 2-0 heading into stoppage time but pulled a goal back through Ricky Holmes’ penalty before the youngster turned home the dramatic leveller on 94 minutes.

And afterwards Ahearne-Grant, who first joined Charlton at the age of just 12, admitted that he was more relieved than ecstatic to have bagged his first goal of 2017/18.

“It was a crazy one, to get the goal in the last second,” he said. “It was more of a relief because I have gone a lot of games without scoring and I feel like I have had quite a lot of chances.

“I feel like I owe myself a lot more, the manager a lot more and the team and the fans too. Growing up through the ranks, I was always a goalscorer and going into the first team has been a bit difficult for me.

“I feel like now I need to keep my head down and really get off the mark properly.”

The goal itself saw Ahearne-Grant latched onto a knock-down from Naby Sarr.

“I was on the front foot, which I am happy with myself about. I was on the opposite side to the big players and I knew they would try to head it across.

“When it came to be I just thought ‘this is it, I have to put it away’. I did and I’m really happy.”