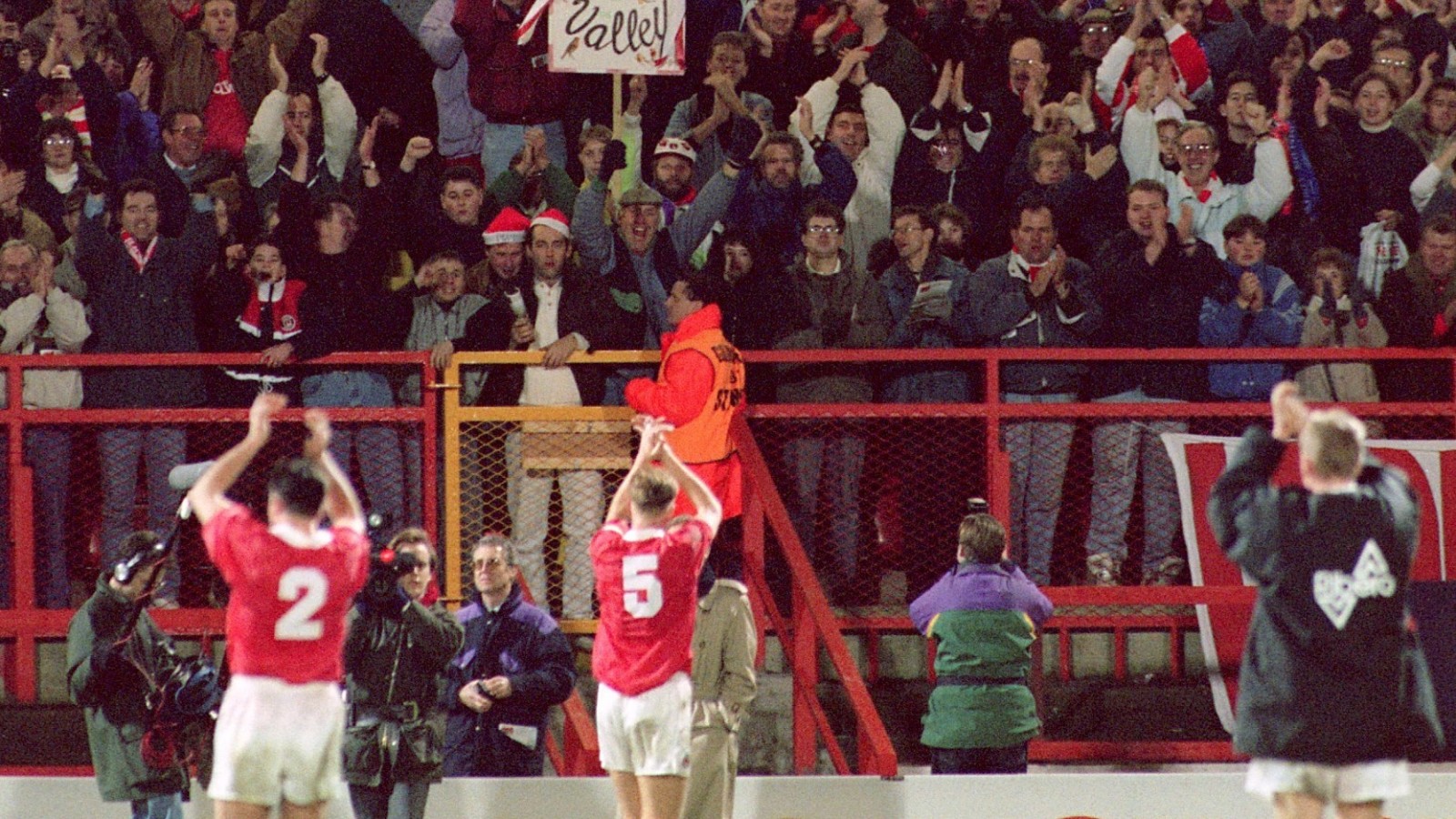 Charlton Athletic and its community trust have joined forces with the club’s Fans’ Forum to make next week’s anniversary game a celebration of one of the most important days in the club’s history.

Charlton host Portsmouth at The Valley on December 9th, 25 years after the two teams met in the first game following the club’s historic return to The Valley.

Representatives from the Fans’ Forum attended a meeting with the club and its community trust earlier this week to offer suggestions to help the club pay tribute to the anniversary in the best way possible.

A sliding scale ticket bonus was suggested by one of the Fans’ Forum to help drive attendance and the club, trust and Fans’ Forum are pleased to jointly announce this will be going ahead thanks to sponsor Regular Cleaning.

- If the attendance at the game reaches 15,000 then £1,000 will be donated to Charlton Athletic Community Trust by Regular Cleaning

- If the attendance at the game reaches 16,500 then £2,500 will be donated to Charlton Athletic Community Trust by Regular Cleaning

- If the attendance at the game reaches 20,000 then £5,000 will be donated to Charlton Athletic Community Trust by Regular Cleaning

Steve Clarke, who represented Charlton Athletic Supporters Trust at The Fans’ Forum meeting, said: “This is great opportunity to increase the gate for the Portsmouth game, and for fans to get involved supporting critical projects run by CACT (Charlton Athletic Community Trust).”

Charlton Athletic Community Trust CEO Jason Morgan said: “The role the supporters played in the club’s return to The Valley will never be forgotten and it is great that the Fans’ Forum and Supporters Trust will support this initiative and decide what project funds will help.”

Further announcements following suggestions from the meeting with the Fans’ Forum will be made in due course.

Charlton Athletic secretary Chris Parkes said: “We’re grateful to the Fans’ Forum who provided some fantastic ideas at our meeting earlier this week. These suggestions will hopefully make a special day even better for Charlton fans. We’re also thankful to Regular Cleaning for stepping forward to sponsor this piece of activity.”

Regular Cleaning chairman Terry Carrigan said: “We’re looking forward to the Portsmouth game and hope it will be a special day for everyone involved. We are very happy to support the Charlton Athletic Community Trust who do a fantastic job in the local community.”

Any money raised from the donations from Regular Cleaning will be voted on by fans and will go to one of these three Charlton Athletic Community Trust projects:

Music equipment for a youth hub

CACT works with over 7,000 young people in our youth service each year, supporting young people including those from disadvantaged backgrounds in Greenwich to pursue their ambitions and develop their skills. Our youth hubs provide specialist music equipment for young people to use with the help of trained youth workers. CACT have a great track record with this – some of our young people have performed on stage at the Indig02 and one young person has even gone on to compete on ITV The Voice.

Voting for this option will enable us to purchase new music equipment in one of our youth hubs, so more young people can benefit from these opportunities in the future.

IT Equipment for CACT’s new classroom

CACT uses the power of football to inspire young people and improve their education and employment opportunities. A new classroom has been built as part of the training ground development so we can run more education programmes for young people. CACT will run traineeships from here, giving young people not in education, employment or training (NEETs) the skills and confidence they need to succeed in life. Our post-16 provision will also use it, giving them access to a purpose-built classroom for the first time for their academic studies that lead to NVQ qualifications.

Vote for this to help purchase education IT equipment to support young people’s learning.

As part of CACT’s mental health work, we support people who have suffered a first episode of psychosis. Each summer, we run three-night residential trips for those at an advanced stage of their recovery, which strengthen the work done with the clients on a weekly basis, empowering them and increasing confidence and self-belief. Previously, most of the participants will not have been away from home for a significant period of time. This summer, clients went to Cornwall where they took part in a range of watersports activities as well as trips to the Eden Project, Falmouth and Newquay.

Vote for this option to help fund three-night residentials in the UK in summer 2018 for some of CACT’s mental health project clients.