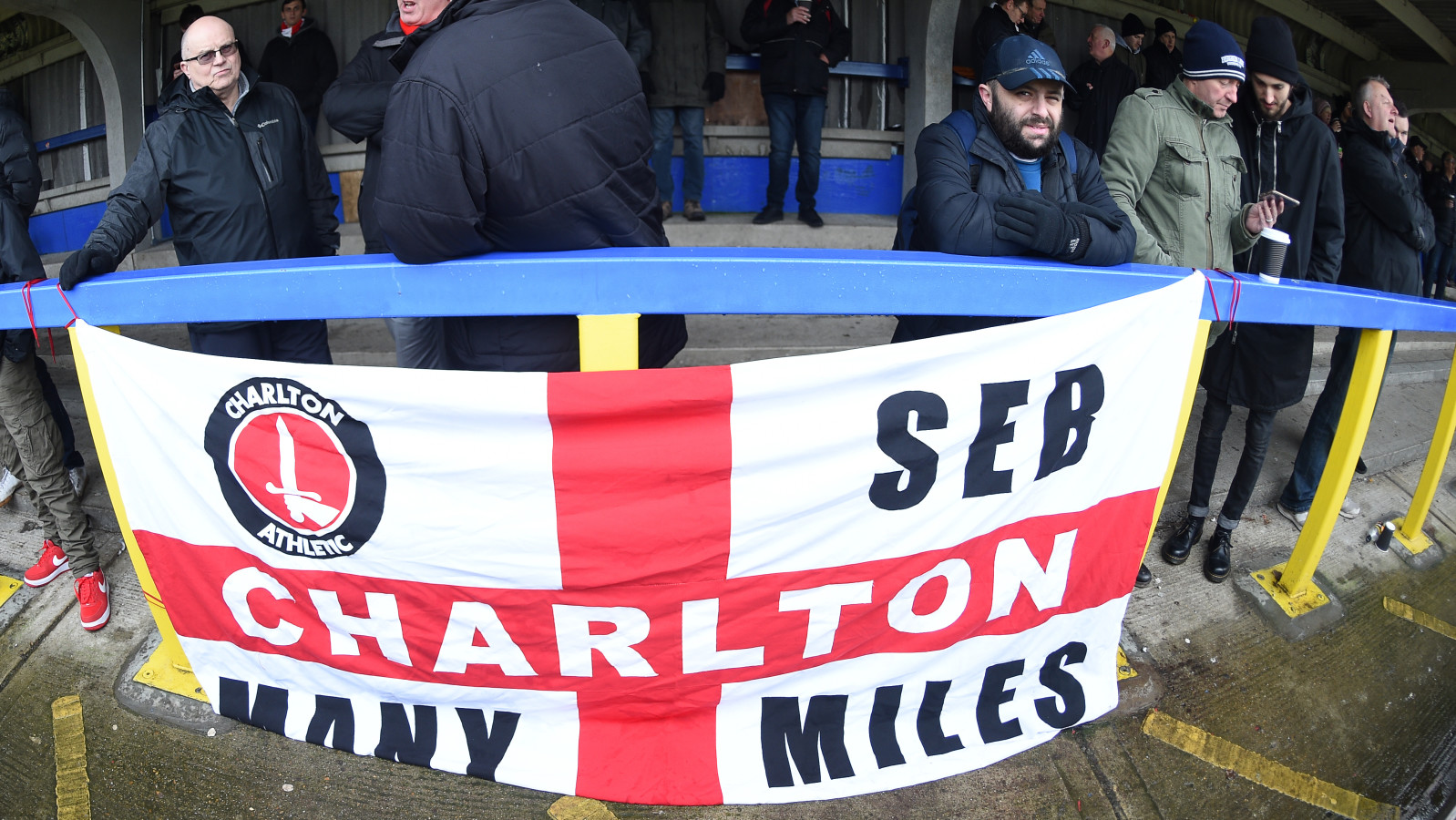 Our allocation of 675 tickets has sold out and tickets for all areas of the Cherry Red Records Stadium will not be on sale on the day.

Our allocation is smaller than last season and, with all tickets sold, space is likely to be at a bit of a premium in the area of the Rygas Stand designated to house visiting supporters. It is a shallow terrace with a small amount of cover and an area at the very front that is not available for fans to use. The view is not the finest we are likely to experience over the remainder of the season. There is no concourse, just an open area behind the stand, our bit being to the far right of the stand along the side of the pitch. The toilets are of the portakabin variety and the entrance to the terrace is not via the main approach to the rest of the ground but a little further up Kingston Road, just follow the main stand then do a right when you get to the end of it.

There is a very nice little food outlet in the away end with a bit of variety, but the emphasis is on little as it is right beside the turnstiles and enclosed by the toilets so the queues get merged by default. There are burger places outside the ground and amidst the small parade of shops just beside the main entrance that has a couple of places, including Fat Boys Cafe. Nearby Kingston town centre has lots of nice eateries.

In terms of liquid refreshments, alcohol is not available inside the ground and the two bars at the ground will not be available to away fans. There isn't a great deal around the ground, probably the best choices are either The Watchman, a Wetherspoons near New Malden station or to go into Kingston, where last season a very nice Hungry Horse was stumbled upon just over the road from the station, whilst there was a pleasant traditional Ale House if you come out of the station and turn left.

If you are driving the Post Code KT1 3PB. Obviously, people will have their own choice of route but it's probably best to aim for Kingston. There is a large one-way system there, get onto that then depart onto the A308 (Richmond Road) towards the hospital. Turn right onto the A2043 (Cambridge Road) and the ground soon appears to the right. There is parking there, albeit minimal, so street parking seems to be the way forward, but as ever check the lamp posts.

The trains are not too bad for a Sunday, although there are fewer than usual on South Eastern as Cannon Street is closed. The closest station is Norbiton, although both New Malden and Kingston are only a couple of minutes either side. Trains run from London Waterloo at 21 and 51 minutes past the hour and take 25 minutes. - there is also one at 14 minutes past the hour but this takes 52 minutes. On the way back, it is 6 and 36 past the hour for the fast ones, accompanied by a slow one at 46. Trains do stop at Clapham Junction. From the station I’s about a 15-minute walk. Leave Norbiton station at the rear exit and take the first left onto Norbiton Avenue. Follow this before taking a right onto Gloucester Road, then a left onto the main Cambridge Road and the ground soon pops up on the right. The 131 bus stops right outside the ground, starting at Kingston then serving New Malden, Raynes Park, Wimbledon, Colliers Wood and Tooting.

Can't make it to the game? A matchday pass for Valley Pass gives you 48 hours access for just £4. So if you were to buy for this weekend that could include: