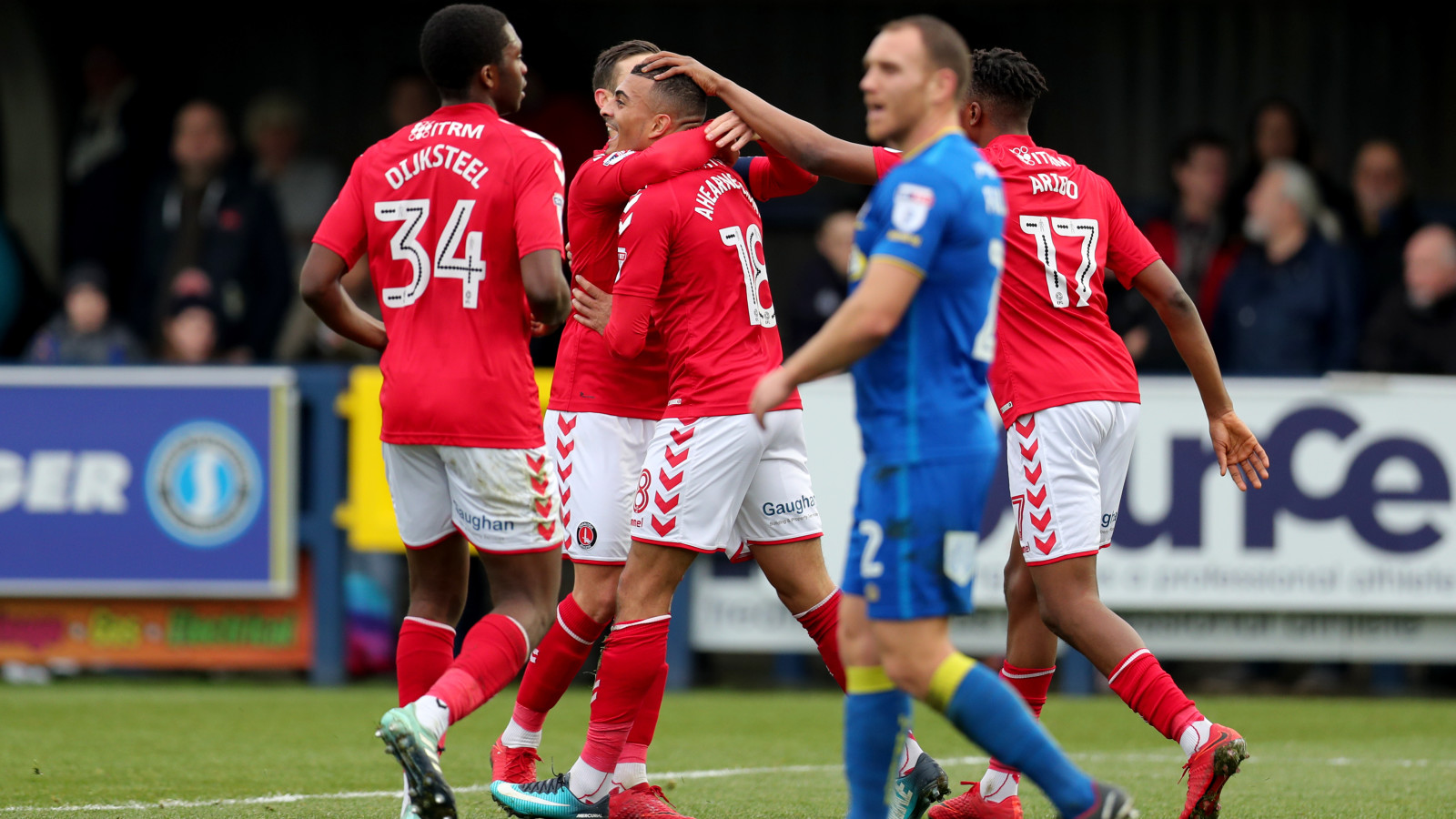 The academy graduate made it two goals in two games by bagging his side’s equaliser at the Cherry Red Records Stadium, only for a second-half double from Lyle Taylor to send the hosts into round three.

At the weekend, the Addicks host Pompey at The Valley in a match that will see the club celebrate the 25th anniversary of its return to SE7.

Before that, a much-changed squad will take on Swansea U21 in the Checkatrade Trophy on Tuesday night but Ahearne-Grant believes that league action is their main priority.

“We are focused on the league now,” he said. “Obviously, we are disappointed to go out of the cup but the league is the bigger thing and we want to get promoted.

“Saturday is a big game and now hopefully we can push forward to it. Personally, I want to keep going and keep my little run of goalscoring form going.

“It was good to get another goal. I’m trying to be a fox in the box and the moment; it’s good that it’s paying off but at the same time it was disappointing to lose the game.”

Ahearne-Grant’s strike at AFC Wimbledon came a few days after he had bagged a last-gasp leveller against Peterborough United at The Valley.

He said: “That goal gave me a lot of confidence and I came into the Wimbledon game feeling like I was going to score.

“I had an early chance with my left foot and I just knew I’d get another opportunity. It’s about being in the right place at the right time and luckily I was.

“Not scoring for a long period was hard but I always believed in myself, hopefully people are starting to see that I’m trying to get into the right areas. Now I need to keep going.”

﻿Tickets for Saturday’s match against Portsmouth, which will see the club celebrate the 25th anniversary of its return to The Valley, remain on sale with adult prices beginning at £20.