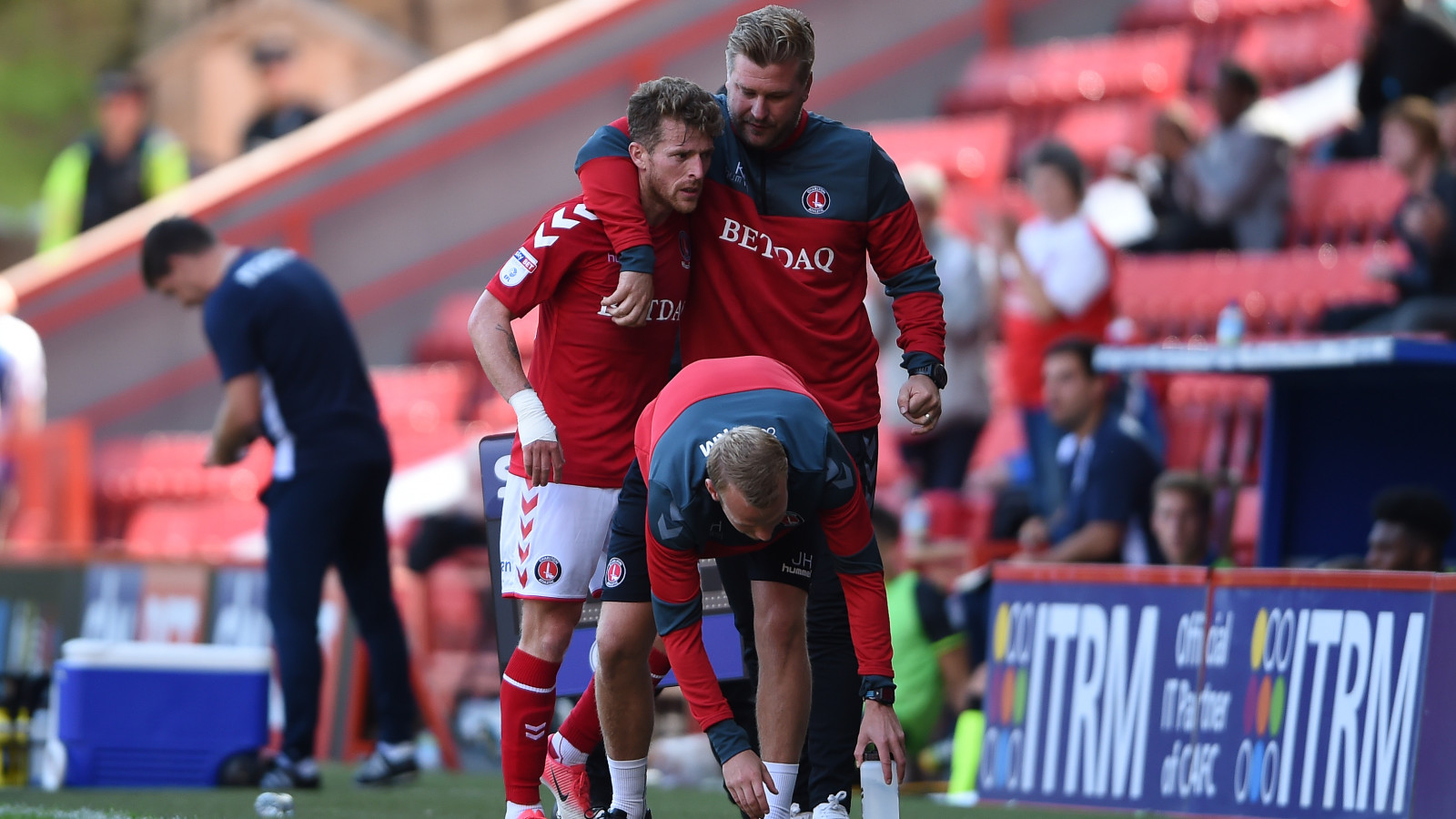 Karl Robinson’s squad has received a fitness boost, with three of his first-team stars set to return for Saturday’s anniversary match against Portsmouth at The Valley, while there are also a couple of set-backs for him to contend with.

The Manager has been without a number of his more experienced players in recent weeks but some of them now look set to return.

On the flip side, Patrick Bauer and Ahmed Kashi have picked up injuries and, speaking to the press on Thursday morning, the boss gave an injury update.

“Reevesy is back, Sols will be back, Clarkey will be back and obviously Pearcey and Harry Lennon are too,” said Robinson.

“It’s a very unique time – I’ve never had this many injuries at the same time and the number of games we have played recently is quite remarkable.

“I think I’ve driven 800 miles in the last four days or so, coming to and from the Training Ground and going to away games. Sleep and the mental fatigue can take its toll.

“But ten of the players that will start on Saturday didn’t travel on Tuesday, so they will be fresh.”

Robinson added: “We’re very thin in a number of areas at the moment. Tariqe isn’t available and Patrick will be out for a few more weeks.

“Kashi’s is a bit of a serious one – he’ll be out for another three weeks or so. It’s a stress reaction in the bone of his foot.

“Kashi has been unreal and the security we’ve had in there – in midfield - has been second to none.

“Our young players have played a lot of football recently and they should be ready to grasp their opportunity with both hands.”