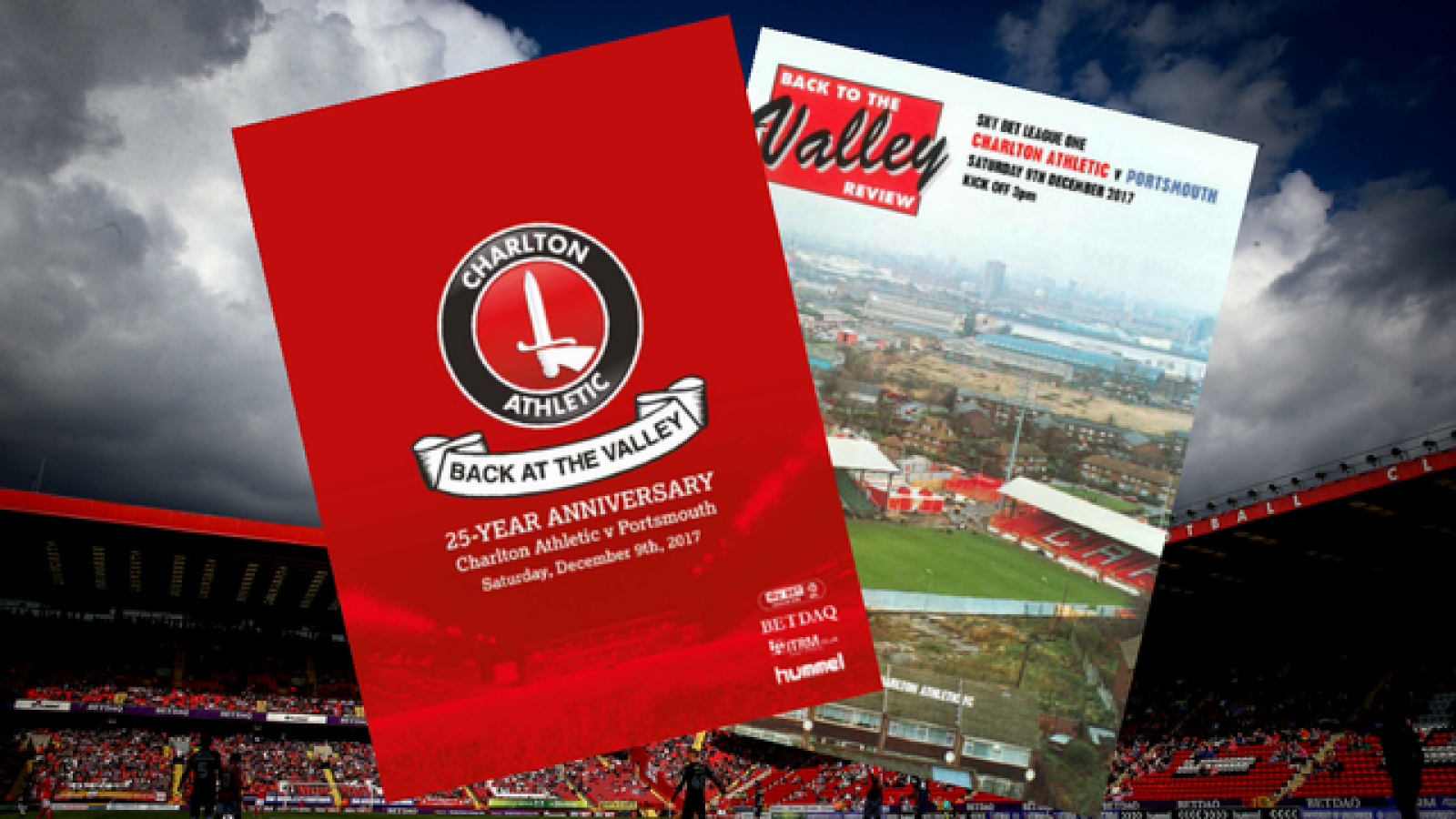 Saturday’s official matchday programme is a very special Back at The Valley Review as we celebrate 25 years since the club returned home.

The bumper 92-page edition boasts a large number of features which commemorate Charlton’s return to SE7, including some very special columns and interviews with some of the men who played their part on December 5th, 1992.

Alan Curbishley and Steve Gritt pen their own manager’s notes as they both recall their memories of the game against Portsmouth 25 years ago and the work that went into Charlton coming home, while an interview with Colin Walsh sees the Scot talk about his iconic goal in front of the Covered End – the first at The Valley in over seven years.

Meanwhile, Simon Webster, Addicks skipper in 1992, discusses the honour of leading the team out on that momentous occasion against Pompey and Charlton legend Colin Powell speaks about the hard work that went in to getting the ground ready for the big day as Groundsman, along with the help of an army of volunteers.

There’s also a special look at some of the Charlton Museum’s items which tell the story of the club’s exile and subsequent homecoming and there are four pages of memories from fans who were there on that day in 1992.

The achievements of the Valley Party is remembered, with every candidate and key player honoured, and Richard Murray writes a column which pays tribute to those who played a part in the battle for The Valley while the Charlton Athletic Community Trust is also celebrated with four pages outlining 25 years of their tremendous work in the local community.

As well as all the bonus Back at The Valley content, the usual Valley Review features are present with Chris Solly taking centre stage as the feature interview in which he discusses his achievement of reaching 250 appearances for the club and his wish to stay an Addick for the rest of his career.

Elsewhere, Karl Robinson reflects on his team’s recent form in his regular column and Karlan Ahearne-Grant talks about his recent hot streak having netted three goals in three games, while all the latest academy and women’s team action is rounded up as usual.

The perfectly-bound edition of Valley Review features a double cover, with the front celebrating the 25-year anniversary, while the back replicates the programme design used on the Charlton returned to The Valley back in 1992.

Priced at £5, Valley Review is available to purchase from in and around the ground on Saturday, as well as in the Valley Superstore, with 25 per cent of all programme sales going towards the Community Trust.

Valley Review subscriptions are still available for the 2017/18 season with every issue delivered to your door. Email lewis.uphill@cafc.co.uk or call the Ticket Office on 03330 14 44 44 for more information.