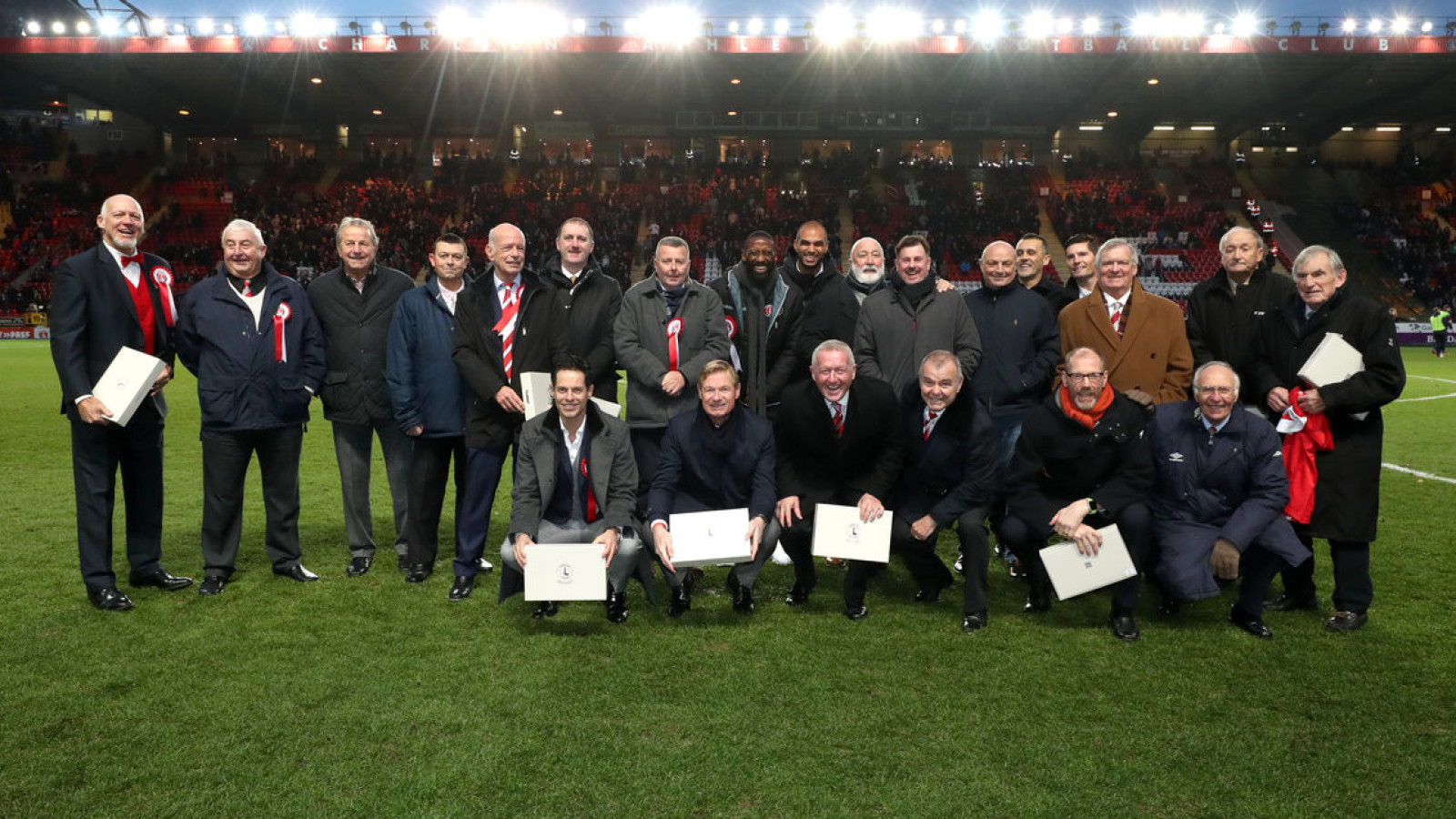 Charlton Athletic supporters took part in a range of celebrations this weekend to mark 25 years since the club's return to The Valley and the launch of the community programme.

With the final figures still to be announced, Charlton Athletic Community Trust (CACT) is already delighted to say that the weekend’s programme of events have helped raise thousands of pounds for CACT, all of which will be invested into CACT’s work at the heart of the community.

All shared fond memories of the club’s return to The Valley on 5 December 1992 and the successful years that followed.

Speaking about the first game back in SE7, Walsh said: “The whole occasion was fantastic! And we played really well on the day.”

Minto said Charlton vs Portsmouth in 1992 was “one of the best atmospheres I’ve played in during my career”.

The full Q&A will be available, for free, on Valley Pass later this week.

The atmosphere at The Valley was good once again this time out, but unfortunately, the scoreline was the reverse of 25 years ago.

16,361 fans attended the game, reaching a donation target set by Regular Cleaning and the club, who will each present a £1,000 donation to CACT.

CACT also will receive 25% of home matchday ticket revenue and 25% of sales from the special anniversary edition of Valley Review.

Pre-match entertainment was provided by Batala London drumming band and opera singer Martin Toal, who sang Jerusalem, La Donna è Mobile and Nessun Dorma. There was also a video montage of highlights from the last 25 years on the big screen.

Members of the 1992 squad walked today’s first team out to a guard of honour from 100 academy players. They were also invited onto the pitch at half-time to receive the anniversary shirt worn by the current players on the day, where they were joined by some of the 1992 directors and a host of other Charlton legends.

Saturday was also the day of the Charlton Upbeats Christmas Party, which midfielder Tariqe Fosu and left-back Lewis Page visited at The O2.

Some members of the Upbeats, the well-known Down’s syndrome football team, also attended the Back at The Valley 25th Anniversary Dinner on Sunday.

Over 400 guests were in attendance at a sold out event at The Valley, including Alan Curbishley, Lennie Lawrence and Chris Powell as well as a host of former players, directors and staff.

“It’s been a spectacular weekend celebrating this special anniversary with plenty of reminders of just how lucky we are to be part of the Charlton family.

“We’re so grateful to the club, fans, CACT supporters and sponsors like Regular Cleaning, ITRM, Andrews Sykes and WJ King who made such a success of the events, and all the legends for their support throughout the weekend.

“Every £1 CACT spends creates £6.89 of social value to the communities across South East London and Kent we work in, so this weekend will have a positive, lasting impact on people’s lives.”

“We’d like to thank everyone involved that helped make it a wonderful weekend. That begins with the Valley Party, the volunteers and everyone involved in getting the club back to The Valley 25 years ago, as without them we wouldn’t have this anniversary to celebrate.

“We’re also grateful to the representatives of the Fans’ Forum that put forward some great ideas to help make Saturday so special and we’re grateful to the fans who contributed to the fantastic atmosphere before kick-off and during the game. It was just a shame we weren’t able to get the result we all so desperately wanted.

“A big thanks must also be extended to the CACT who helped with the organisation on Saturday and we’re thrilled to have been involved in raising so much money for the trust who do so much fantastic work in the local community.”

Watch: 10 things from the Back at The Valley game