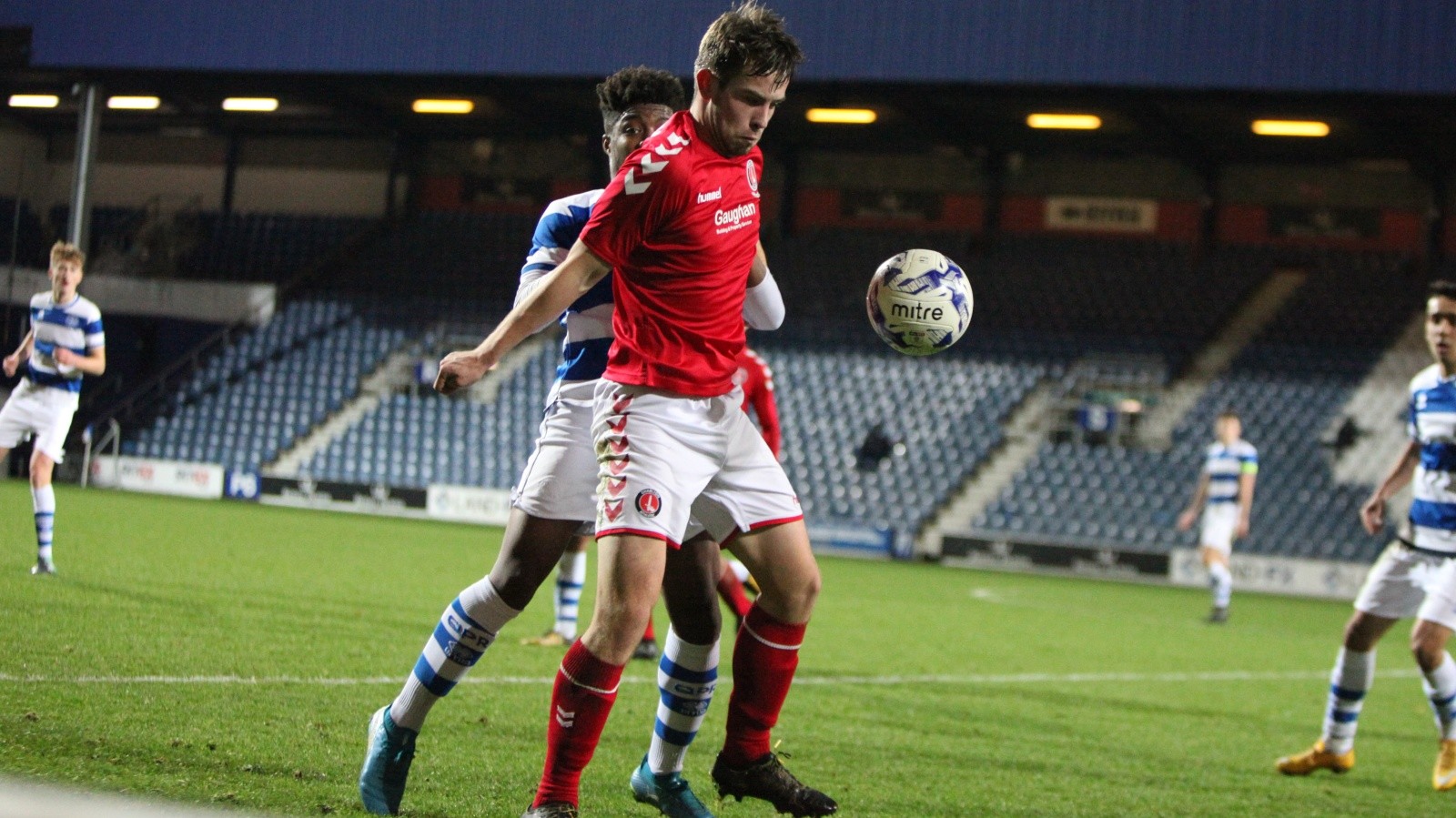 An incredible strike from Alfie Doughty put the gloss on a fantastic performance from Charlton’s U18s as they beat Queens Park Rangers in the FA Youth Cup on Tuesday night.

With the young Addicks leading 2-1 in stoppage time, he fired a first-time strike from inside his own half into the back of the net to seal their passage into round four.

Sergei Baltacha’s and Hamza Serrar’s side had earlier led through Luke Carey, who was making his FA Youth Cup debut, and Albie Morgan restored their lead from 12 yards after Leandro Ribeiro had equalised for the R’s.

The victory, Charlton’s third in this year’s competition, sets up a home tie against either Millwall or Reading.

The Addicks forced the first shot on goal after seven minutes when some aggressive pressing from Dan Birch saw possession land at the feet of captain Ben Dempsey, who got the ball out of his feet and flashed an effort narrowly wide from 25 yards.

Doughty thumped a right-footed shot off target 60 seconds later and on 15 minutes the Addicks came within a couple of inches of breaking the deadlock.

Doughty crossed from the left and striker Alex Willis touched the ball into the path of Morgan, who drilled a strike inches wide from 18 yards out.

The Addicks had dominated the early exchanges and midway through the opening period they were rewarded for that. Brendan Sarpong-Wiredu fed Doughty on the left and, after he had jinked his way beyond a couple of hooped defenders, he squared to Carey who made no mistake from six yards out.

Charlton deservedly led but they were pegged back within five minutes, by what was the R’s’ first meaningful attempt on goal. Ribeiro was strong enough to hold off full-back Jordan Zemura, having controlled a cross, and then fired into the bottom corner.

On 44 minutes, the young Addicks had a great chance to regain their advantage. Willis sent in a low cross from the left and, from the edge of the box, Morgan fired straight into the arms of Bowman.

Tyrone Kirunda forced the goalkeeper into another save with the last action of the first period; he dived to his right to ensure the two sides went in level.

A stunning Bowman stop saw him claw a corner-bound Willis header to safety 10 minutes after the restart and the Addicks forward then threw his head in the way of a driven Doughty cross and the ball flew narrowly wide.

Amrit Bansal-McNulty shot off target with his left foot, in what was a rare opportunity for the hosts, and Gilbert Miller then did likewise from a similar position.

Charlton regained their advantage on 75 minutes. Kayden Williams-Lowe was penalised for handball in the corner of the box and Morgan stepped up to fire the resulting spot-kick into the bottom corner.

Dempsey fired over from a quickly-taken free-kick as the Addicks looked to grab a third and they would get it before the end, and in incredible style.

Doughty got to a loose Rangers pass and, from inside his own half, he thumped the ball home with a first-time strike to ensure his side progressed into round four.