Charlton players give out Christmas gifts at local hospitals 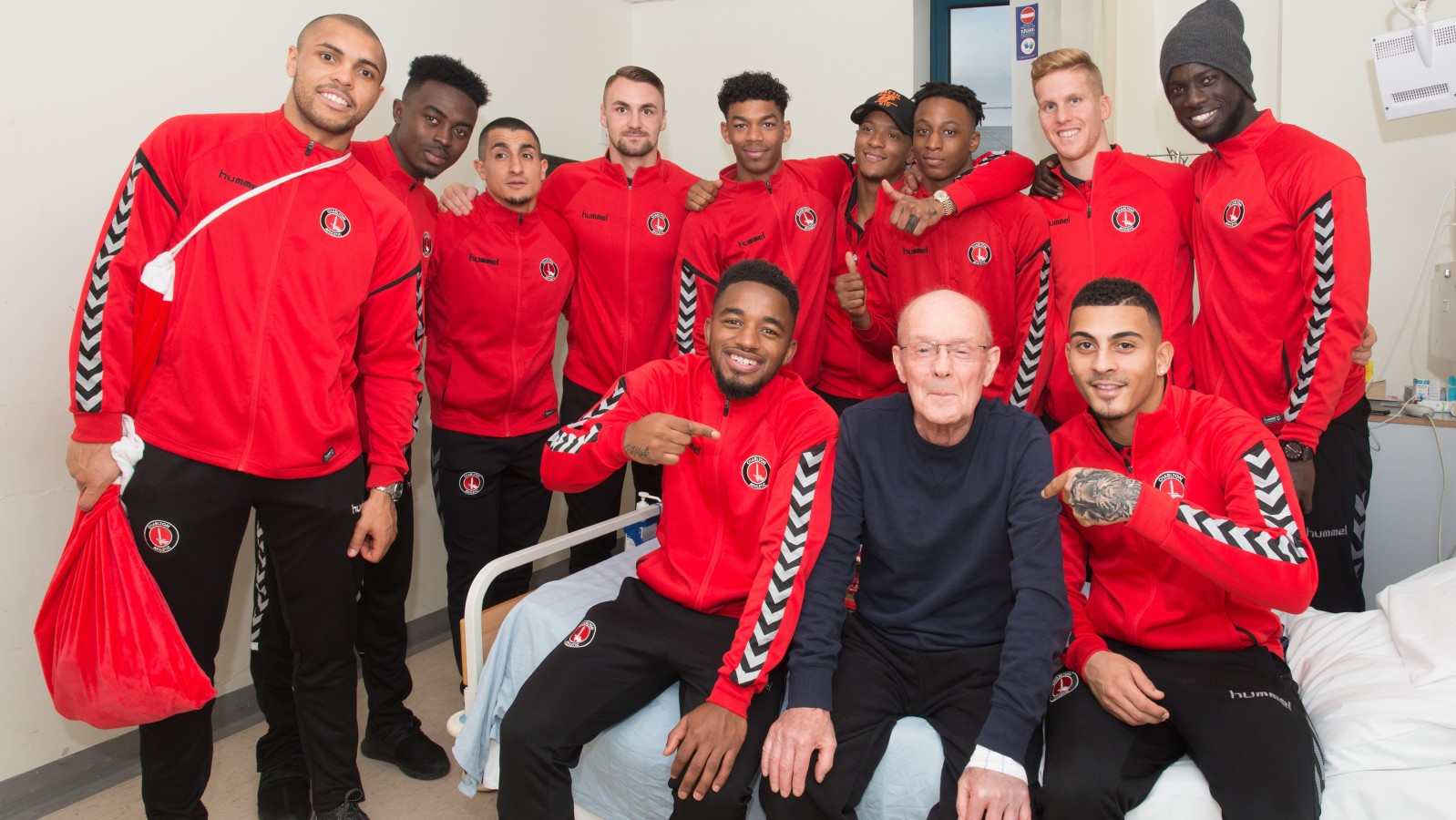 Joined by Karl Robinson and Lee Bowyer, the first team delivered toys, chocolates and more to The Queen Elizabeth Hospital (QEH) in Woolwich and Demelza Children’s Hospice in Eltham.

Charlton Athletic manager Karl Robinson was part of the visit to The Queen Elizabeth Hospital. He said: “Christmas is a time when family and loved ones spend a lot of time together. Through illnesses through no fault of people they don’t get the opportunity to, they spend it in here (at hospital).

“I’m very proud of the players today. The way they conducted themselves was exceptional. It’s something they’ve all embraced – the fact you can put a smile on young people’s faces.

“I met a fan who came to the Bristol game (in August). I think he got ill not long after that, he said he still has his season ticket in the North Lower. There were people here who went to the playoff game (in 1998) and someone here who first went to a Charlton game in 1947. It is always great meeting people so passionate about the football club.

“I have got tremendous respect for everyone we’ve met here today and every man or woman that works here, the patience they have, the love and the care that they can give to us as the general public is amazing. Also the jovialness, they’re happy and they all love working here, I just hope our players have learnt something here today and put a few smiles on people’s faces.”

Diane McGowan, a paediatric secretary at the Trust, whose daughter was in QEH with her baby Harley said: “They really are great bunch of guys, a very community spirited team. It's lovely to see them interact with the children and also the staff. Harley will be told about his meeting with the Charlton team and as his granddad is an avid Charlton fan and season ticket holder, I'm sure he will be encouraged to support them as team when he is older!”

Brian Jeffery, a patient on Macmillan Brook unit said: “I have been a lifelong Charlton fan so it was such a lovely surprise for me to see the players. They really gave me a lift and all of them were so friendly.”

Demelza Community Fundraiser, Jennifer Heritage said: “A big thank you to Charlton Athletic Football Club for delivering Christmas gifts to the children and families here at Demelza’s hospice in Eltham. The club’s continued support means we can help make Christmas special for our families, as we work to ensure that children with short lives will still lead full lives.”

You can watch a video from the day here.