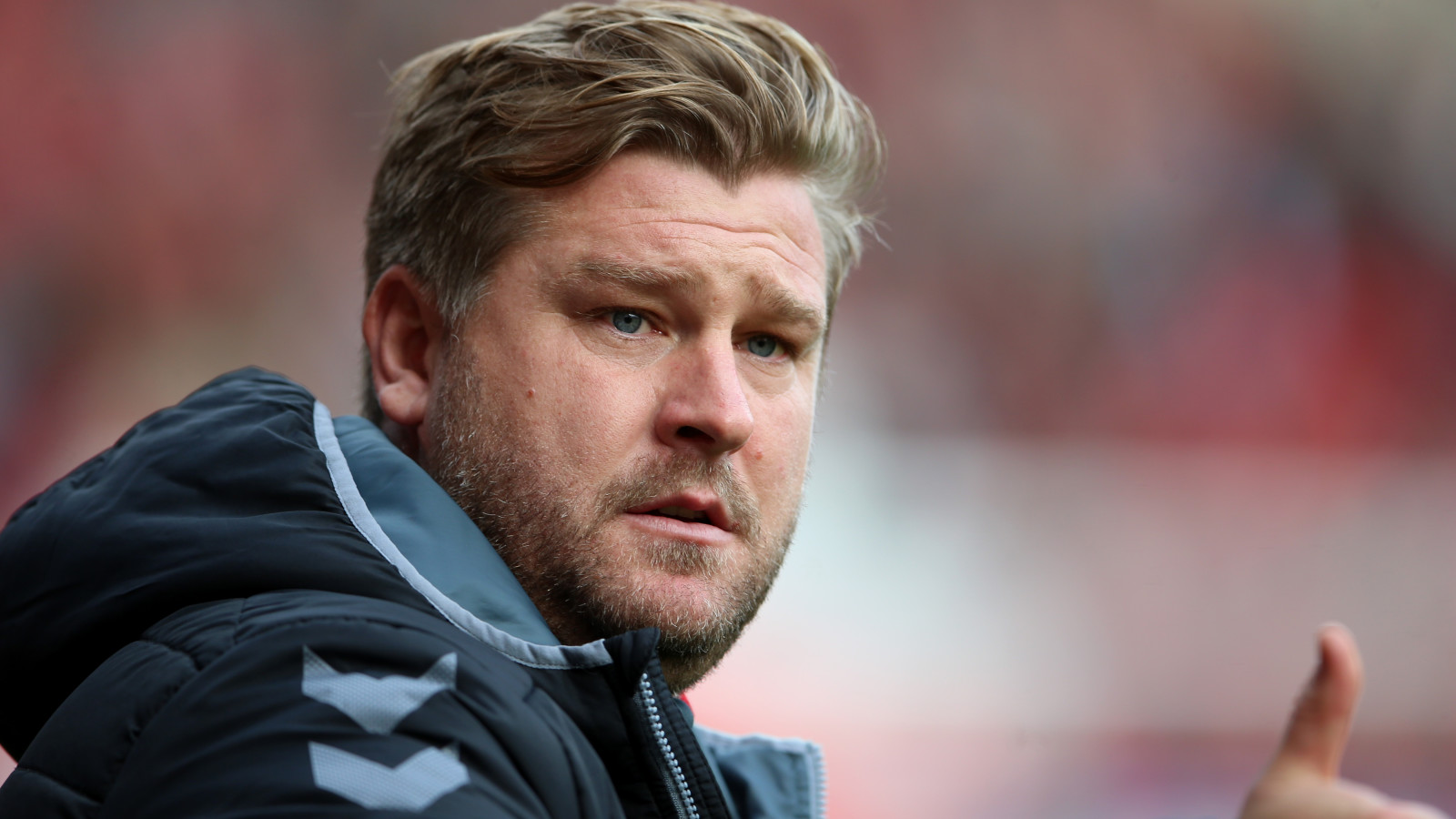 Karl Robinson spoke to the media on Thursday morning ahead of Saturday's trip to Blackburn Rovers. Here are four key talking points from his weekly press conference...

“We seem to be coming up against teams who are in good form while we are losing some of our players. We had a great training day on Tuesday, the lads were excellent and put a right shift in.

We’ve really worked hard, we’ve got things ready tactically and tried one or two things this week that we think might negate some of their strengths.

“They’ve got one of the best squads in the league. That’s shown by what they spent in the summer and what they’ve brought in. Tony Mowbray is a top manager and it’s a great club.

“Ourselves and Blackburn are two teams who are used to playing in the Premier League and next week have Blackpool who have also been there. Then we go to Wigan, so it just shows how strong League One is.

“This is a very difficult run of games so we need our players back fit and firing because we’re a weaker team without them.”

“Ahmed Kashi is out running this week and Tariqe Fosu is having a rescan this week to make sure he can push forwards, but Saturday will be too early for him.

“Jason Pearce is fit and available, so the list is shortening but it shows you how long it was. We’re still without Patrick Bauer, but he’ll be back on the training field, hopefully, tomorrow. He won’t be too long away.

“It’s funny how you hear Premier League managers talk about losing their star players and it makes headlines, but when we lose our players at a lower level, we just have to get on with it!

“That doesn’t mean that we’re not good enough to go and win. All it means is those who have been knocking on the door for a while need to stand up and be counted.”

“I think we all know we need strikers and probably cover in two areas to fight with the people who are playing. I feel that if we lose one or two players, we look worse so we need to make sure we have areas covered and strikers coming in to support what we have.

“I know who I want and where they play. I’m very clear.”

“The player’s didn’t do anything wrong by having a Christmas party. What was stupid and disrespectful was posting it on social media.

“I come from an age where we didn’t have to tell everybody about what you were up to. We got beat in a game which hurt us and I saw that in the dressing room afterwards. But this was something that was planned three months in advance. Was it right to put it on social media? No. Did they deserve a Christmas party? Yes. Was the timing great? No.

“It fitted in with our games programme, but I’m not happy with the posting online because it’s almost like rubbing it in people’s faces. They’ve been told that it isn’t acceptable, at all. I only found out on Monday morning, so you can imagine my response.

“Four or five went on the Christmas do a few years ago, five or six the following year and seven the year after. 22 went this year, together as one. We’re very close, we care for each other, we fight for each other and we really do believe passionately in the football club.”