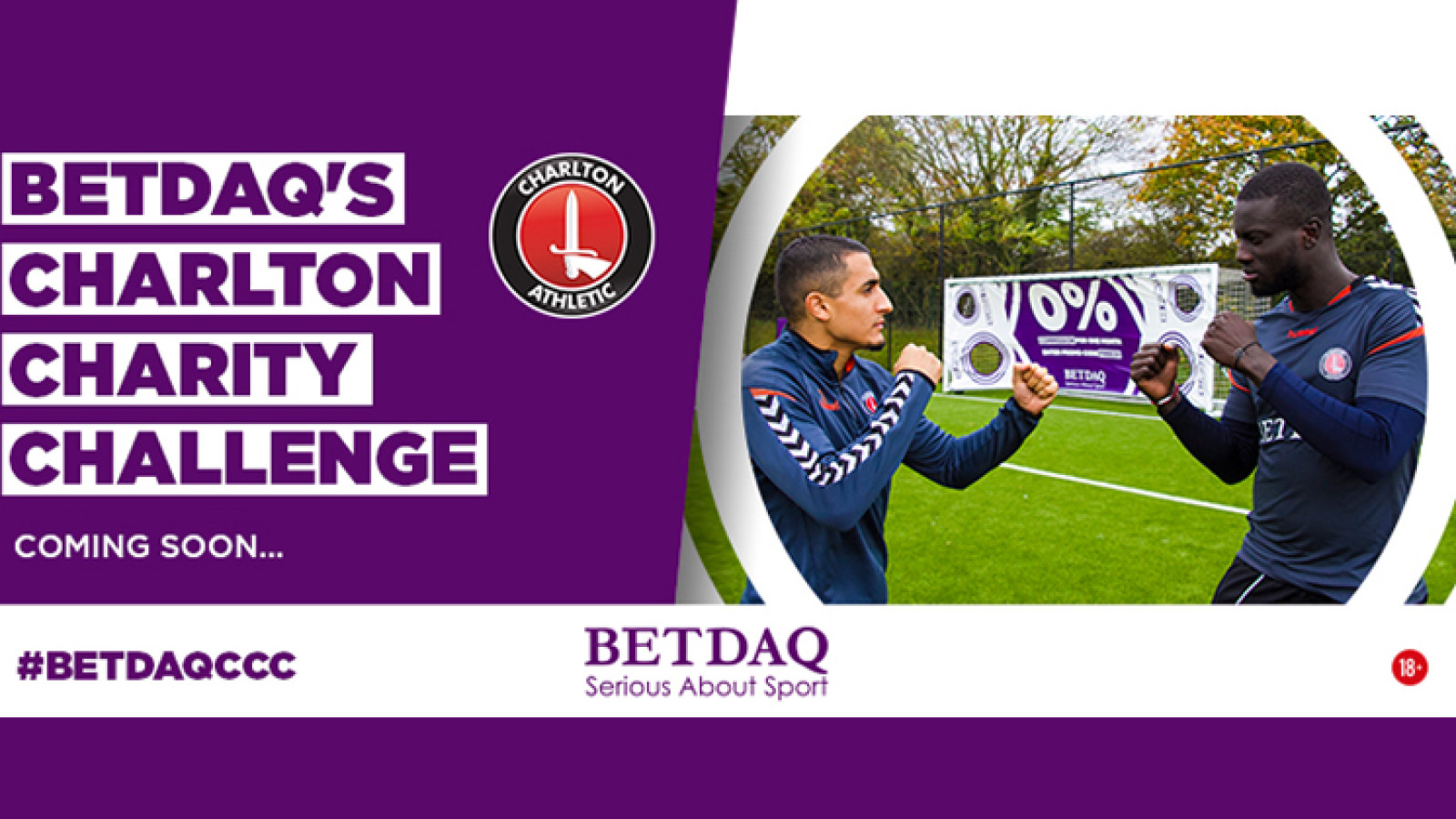 Earlier this season, our shirt sponsor BETDAQ challenged ten Charlton players to a head-to-head accuracy challenge in aid of a charity of the winning player’s choice.

Each Addicks star was given 30 seconds to shoot as many balls through the goal targets as possible from 18 yards and the highest scoring player at the end of the series will be crowned the winner.

The two bigger targets are worth 10 points apiece, with the smaller ones worth an eye-catching 50, and whoever tops the leaderboard at the end will receive a £1,000 donation to their chosen charity, courtesy of BETDAQ.

The full series will be released in the coming weeks and first up to tackle BETDAQ’s Charlton Charity Challenge will be Ahmed Kashi and Naby Sarr.

Don’t forget to use #BETDAQCCC on Twitter to tell us who you think will win!