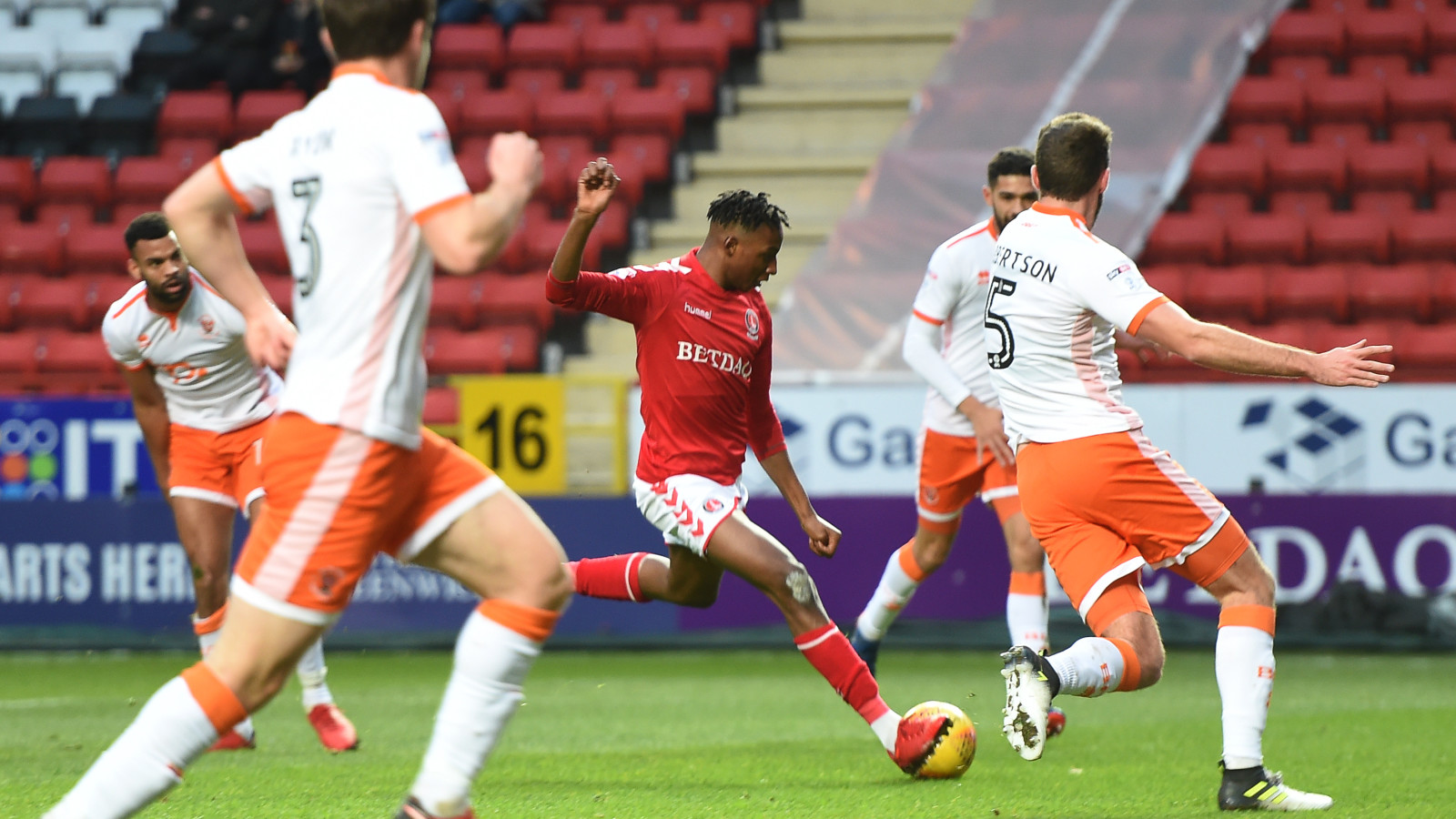 The latter bagged 99 goals from midfield in a playing career in which he graduated from Charlton’s youth system before going onto play in the Premier League, Champions League and earn an England cap.

And Aribo, who netted his first EFL goal in the Addicks’ 1-1 draw with Blackpool at The Valley on Saturday, believes that he is learning a lot from the former Leeds United, Newcastle United and West Ham United man.

“Recently, Bow [Lee Bowyer] has had us doing more finishing in in training,” he said. “I’ve been putting a lot of my finishes in the corner and Saturday showed that that repetition has worked.

“It’s always good to have someone of that calibre around you. To see him there, knowing he’s done it, I feel like I can be that kind of player as well.

“After training, we are doing extra work; finishing and timing runs into the box. Lee and Johnnie Jackson have been a big help with that. I used to just watch the play and try to back it up, but now I’m trying to be a threat in behind.

“I need to score more goals and that is what I am trying to do.”

After making his breakthrough into Charlton’s first team last season, Aribo has had to remain patient this term.

Injuries to Jake Forster-Caskey and Ahmed Kashi mean that he has now got his opportunity and the midfielder is keen to make the most of his chance.

Aribo said: “It’s made me mentally stronger. I’ve been patient. I’ve watched on the sides and have seen what I need to do in order to improve my game.

“All I did was work hard and waited for my chance. Having to be patient was a good learning curve for me.

“You’ve got to keep working in training, keep grinding and you know that your chance will come. When it does, you have to take it.”