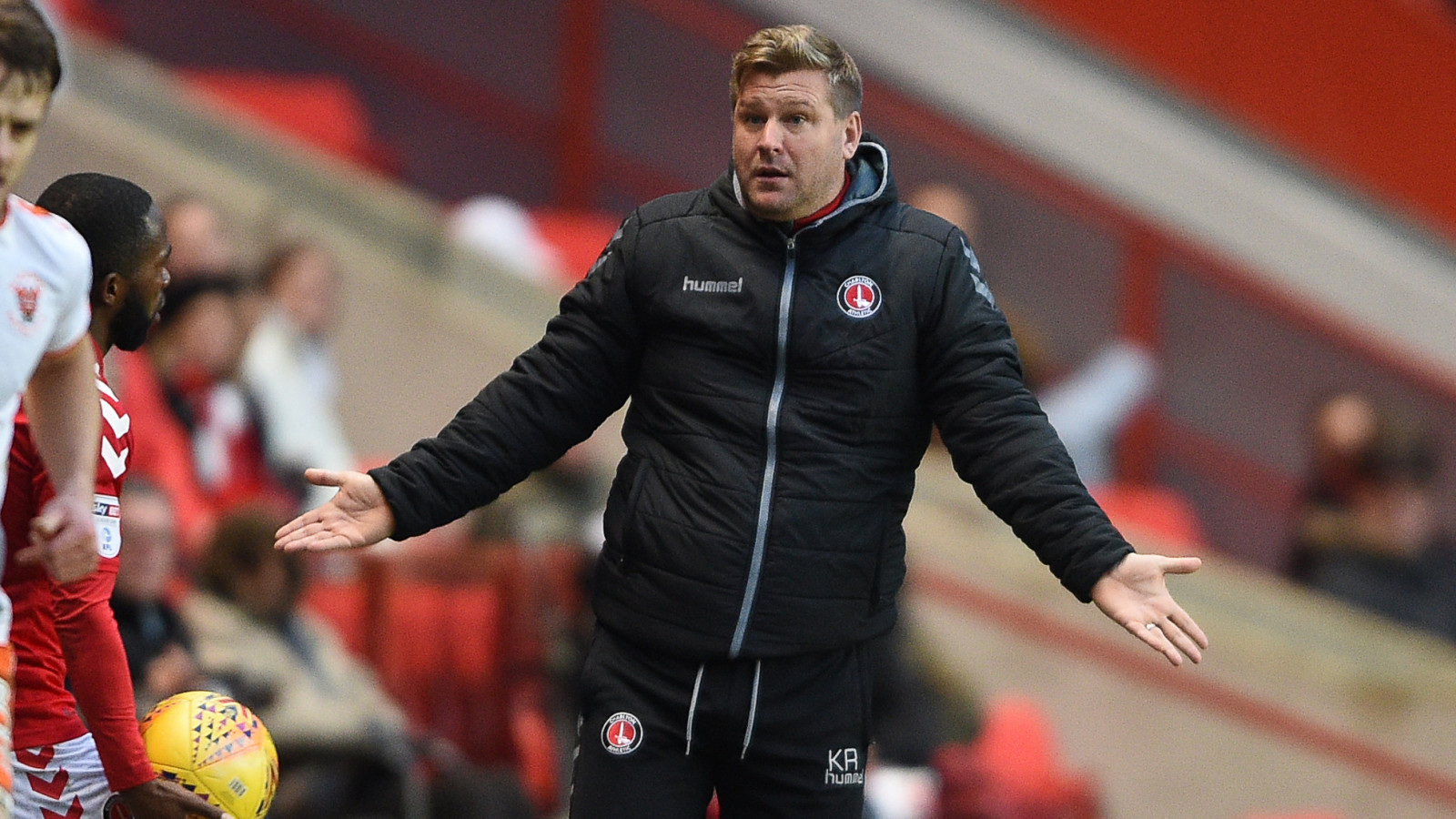 Karl Robinson praised his young players and was also left extremely frustrated following Charlton’s draw with Blackpool at The Valley on Saturday afternoon.

The Addicks led at half-time through Joe Aribo’s first EFL goal and looked as if they would hang onto the points until Pool bundled home an equaliser a minute from time.

Charlton, who were missing eight first-team players through injury, ended the game with six players aged 21 or under on the pitch and afterwards Robinson spoke about his youngsters, the match officials, the Christmas period and more.

“We had five or six academy graduates on the pitch today, which shows you how low we are on numbers, and I am proud of them and the way they conducted themselves.

“When we were on top in the first half we needed to take our chances. We missed two or three guilt-edged ones that could have put us two or three up.

“We didn’t and then all of the sudden the referee wants to give them [Blackpool] every single free-kick in the second half. Two minutes before the goal, Josh Magennis gets pulled back, has the free-kick given against him and is booked. I think it was diabolical some of the decision I saw.

“Honest players do not get anything, the top pundits talk about this, and I think I am going to start telling my players to go to ground more.”

“Joe has worked really hard. He needs to improve that part of his game [his goalscoring]. We know that Joe is somebody who can do magical things when he needs to. Part of the game - hitting diagonals and opening it up - he sometimes keeps it very small and needs to see the bigger picture.

“He’s worked on that a lot and his feet for the goal were magnificent as well.”

“It’s not falling for him at the moment and then he does his hamstring as well. I’m not sure what we have done to deserve this bad luck.

“Today, I’m pleased with how my players conducted themselves but obviously I’m very disappointed with the result.”

“When you think about the injuries, and we can add Leon Best to that now, it is tough. Josh Magennis has been ill for a few days and didn’t feel great, and I’m the same as well.

“Jacko has been ill too and I thought he was immense in the middle today. He tired towards the end but still gave everything he had.”

On the busy Christmas period…

“It’s very difficult but I know everyone can appreciate how hard we are working.

“This was our final game at The Valley in 2017, we’ve obviously got two away games now and we hope that 2018 can give us the spurt to go forward and be successful.”

On the January transfer window…