Robinson: ‘Atrocious’ first half cost us in Southend United defeat 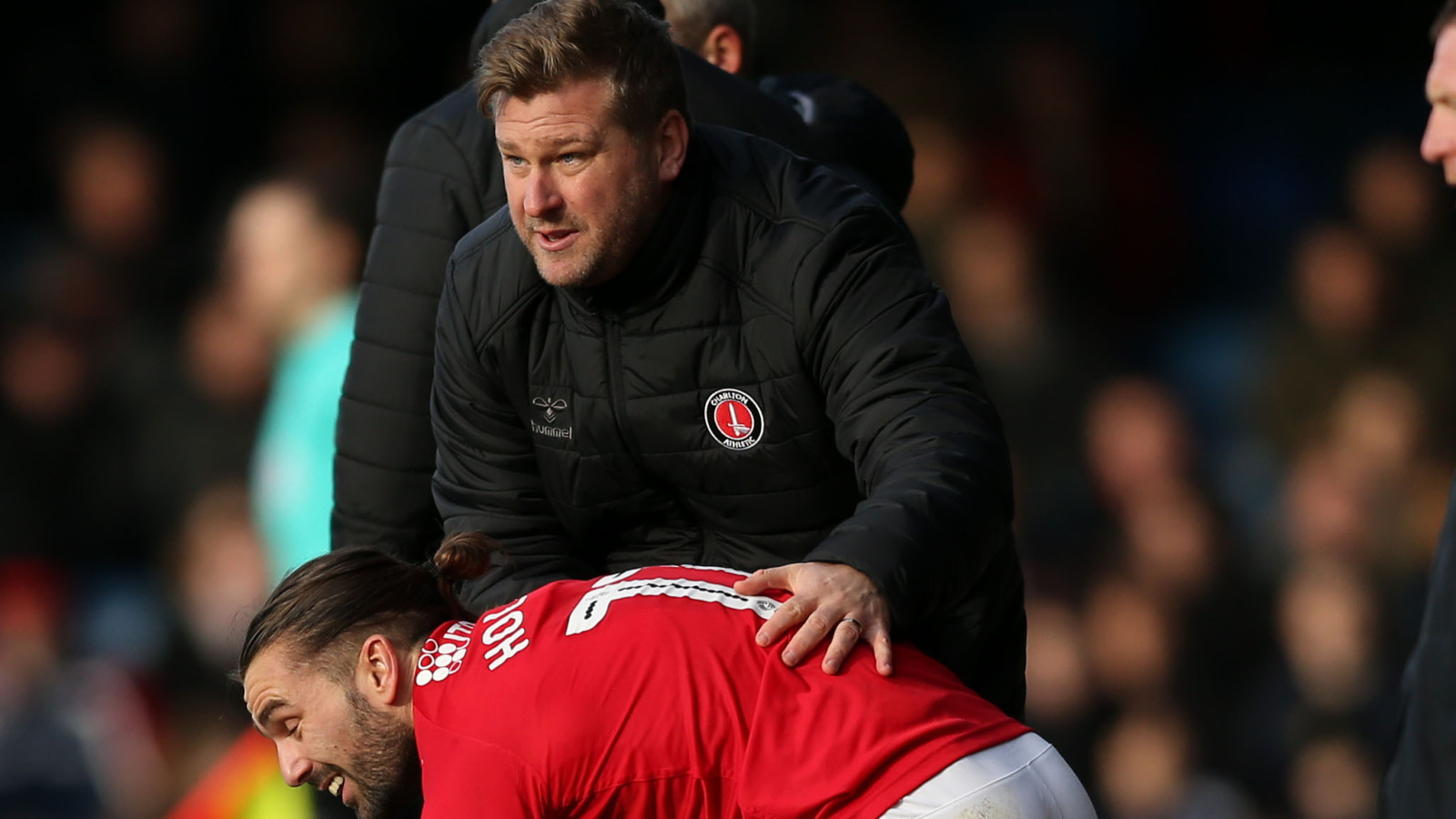 The Addicks found themselves 2-0 down inside 11 minutes at Roots Hall, with Simon Cox and Michael Turner netting for the Shrimpers.

Ben Reeves hauled Charlton back into contention on 66 minutes but Cox killed the game off late on by notching his second goal of the match.

And afterwards Robinson slammed his team’s first-half display and revealed that the squad will be at the training ground for 7am on Wednesday morning.

On his team’s performance…

“The first half was atrocious. It was a young back four and that really showed. We looked very naïve in our distances and we took too many touches. The pitch was horrendous, we couldn’t play football on it, and Southend did what they had to do while we were appalling.

“We’ve let everyone down and one or two things were said at half time. It was probably the most animated I have ever been at half time since I joined this football club.

“Second half, we didn’t play well but we just did what we were meant to do in the first half. The third goal was just people switching off and Cox runs past three of our players to tap it in. These are fundamental things.”

"I don’t want to speak about it too much but, obviously, it is a factor. Many of today’s team have knocked on my door this season and asked why they’re not playing.

“Now it’s their chance to shine. If they can’t then there will be certain players that we’ll have to swap. That is the top and bottom of it. We’ve lost that fluidity and that bit of an edge we had.

“We’re not scoring enough goals and at the back it is looking absolutely atrocious at the moment.”

On keeping up with the play-off pack…

“We will. I know what it takes. I know how to finish in the top six and how to get automatic promotion. I know what discipline it needs and how much work it takes and, when things don’t go your way, you have to stay level headed and look at the facts.

“The first goal we conceded today was as bad a goal as I have ever seen conceded, in terms of shape and game understanding. The pitch was bad, the weather they had here last night was terrible, so why try and play things short? Why not go long to Josh and try and win first and second balls?

“I think we are lacking some more leaders in the team when we are up against it. We have enough of them but unfortunately they are injured at the moment.”

“We were going to bring him off with 10 minutes to go but he is too influential, so hopefully he has come through it fine. Hopefully Marshy and Besty won’t be too long until they are back now too.

“It’s hard when we get two players back and then lose two more. It’s a bit one thing after another at the moment but I can’t point the finger at anyone for that.

“One thing I will point the finger at, though, is that performance in the first 30 minutes, which was atrocious as a group and that is not acceptable for the football club.”

On facing Wigan Athletic on Friday…

“We’ll be back in at 7am tomorrow morning to go through it all and we will have a right good look. We’ll be sitting down at 7.15am to watch that game again as a team.”