Robinson on Wigan performance, two players that stood out and dealing with takeover news 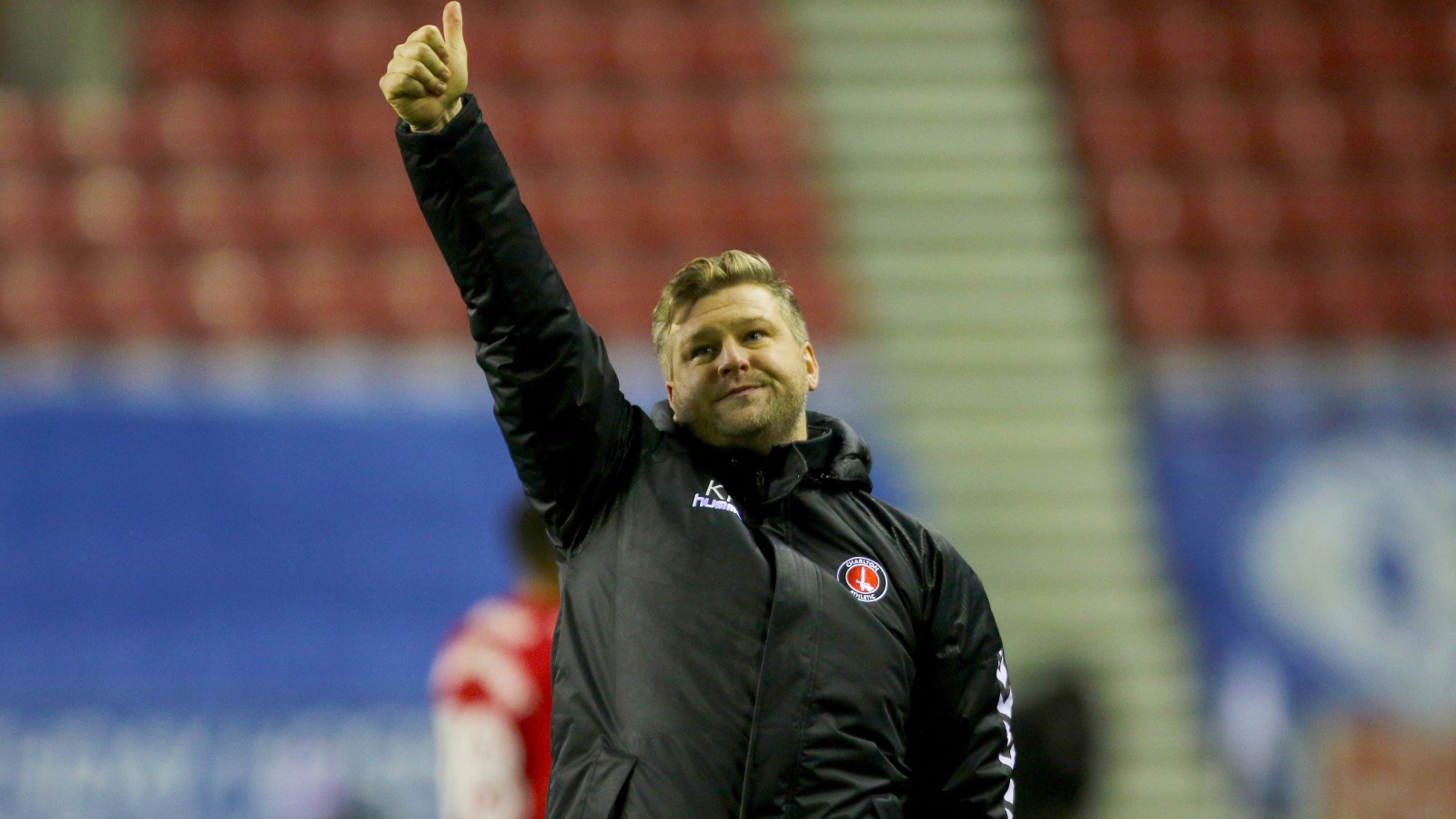 Charlton Athletic manager Karl Robinson was full of praise for his players and the fans after Charlton’s battling 0-0 draw away to table-toppers Wigan Athletic.

As well as singling out two players for a special mention, Robinson also addressed yesterday’s news about the resignation of Katrien Meire as CEO and that talks are ongoing regarding a possible takeover of the club.

On the performance against Wigan

"I was very impressed with my players. The fans were excellent today. I think everyone knew today that with seven or eight players out of our starting lineup not available (it was going to be tough) coming to a team that have scored sevens and fours against teams and played very well here on Boxing Day against a team that are also flying in Shrewsbury. They were warriors tonight."

"Karlan Ahearne-Grant today was outstanding. He was nearly in tears when he came off saying ‘I’ve let the lads down’, no he’s not let you down, he’s let nobody down at this football club. His desire tonight, his work ethic, his ball retention was sensational."

"He played 45 minutes the other day, he’s not played for 14 months. He’s come to one of the best offensive teams we’ve seen in this league for a long, long time and he basically had nothing left in his legs after 70 minutes. He couldn’t jump, he couldn’t turn – he pushed his body today above and beyond what I have ever seen. People say leave your bodies on the pitch, I think all our players did."

"We had the best two chances of the game. Karlan in the first half and Karlan in the second half. They (Wigan), will be frustrated obviously. We denied them space, we denied them clear goalscoring opportunities and when they did get a chance our goalkeeper did what he is paid to do. Every single one of them, I am proud of them."

"It’s been a unique few weeks for the club with 17 players out injured with the 23s and ourselves, with what went on with the news that came out yesterday. It’s been hard for me, for my players but the fans turned up today and they were unreal and they showed their appreciation at the end as well."

A full interview with Karl Robinson will be available on Valley Pass later this evening.