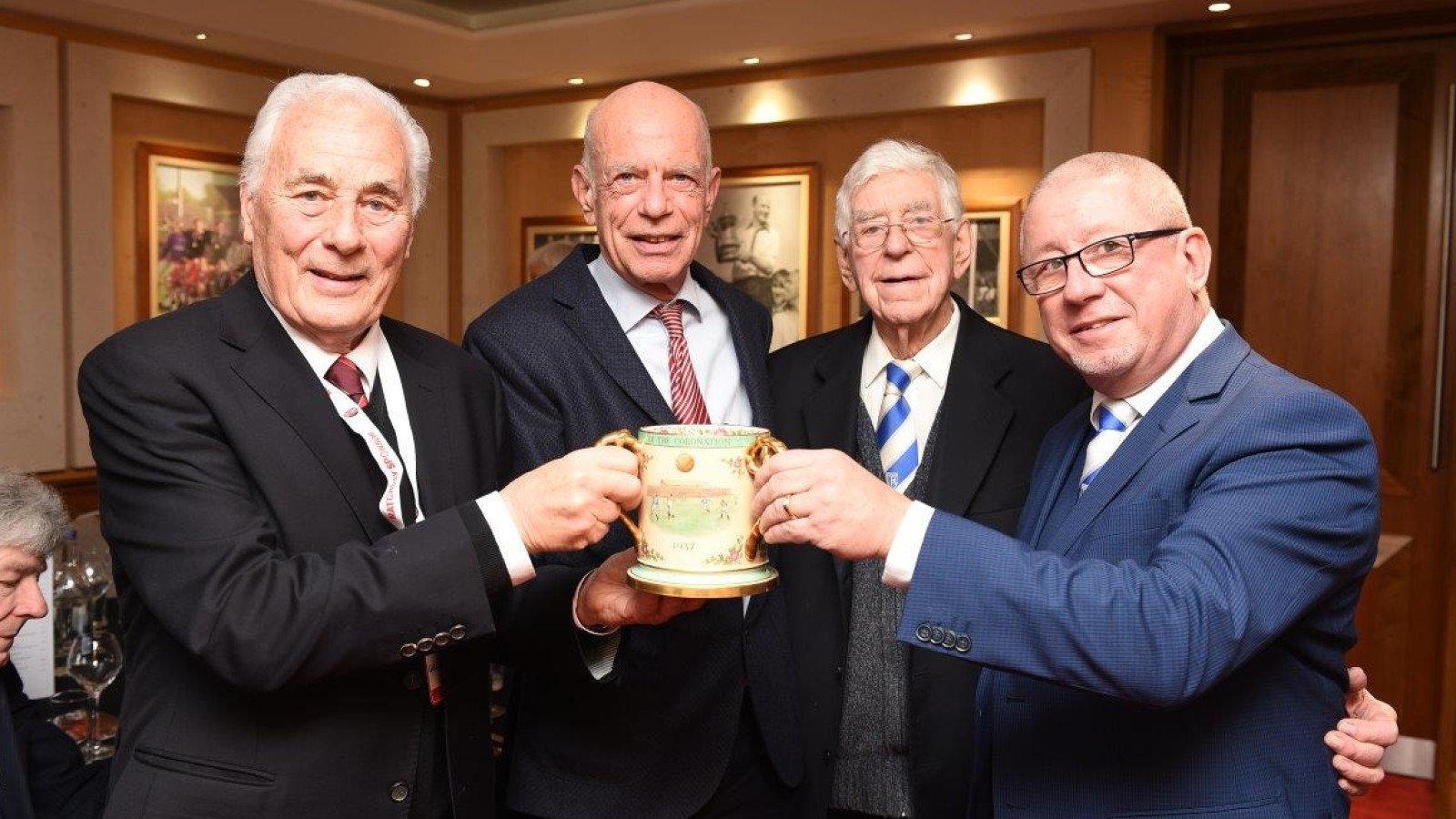 An age-old tradition was revived by the club on New Year’s Day as the Loving Cup was toasted in the boardroom prior to the match against Gillingham at The Valley.

The Loving Cup was first presented to all 22 clubs in the Football League First Division by Sir Francis Joseph, Chairman of Stoke City, during the 1936/37 season, as well as the FA, Scottish FA, Glasgow Rangers, the Football League and King George VI to celebrate his coronation.

The 80-year-old tradition states that on the first home match of the new year, the club should raise the Loving Cup in the boardroom as a toast to the King (or Queen as it is today) and as a toast to football.

It is believed that Charlton’s Loving Cup is one of only five that are still in existence, with West Bromwich Albion, Everton and Stoke City the only clubs that still observe the tradition, while it currently resides in the Charlton Museum.

On Monday afternoon, Addicks legend Keith Peacock, who toasted the tradition himself as a player on January 1st, 1975 when Charlton defeated Colchester United in SE7, helped lead the ceremony in the Boardroom prior to kick-off and in the Centre Circle Suite post-match alongside match sponsor John Gray, who was celebrating his 80th birthday, Director Richard Murray and representatives from the Gills, including Chairman Paul Scally.

“John is a long-standing supporter and sponsor of the club and, every year, he celebrates his birthday at The Valley on the first home game of the new year,” explained Peacock.

“It was mentioned that for some time during the 90s, he remembered that we used to observe the tradition of the Loving Cup so it was decided that we would bring it back.

“It’s a fantastic tradition and I was delighted to be a part of it. We are now one of only a few clubs who observe it and it’s certainly something that we will be doing every year in future.

“It is also in keeping with the nostalgia that we are celebrating this year as a club with regards to the anniversary of returning to The Valley and is another example of how important the Charlton Museum is to us all,” he added.

“There are so many fantastic things in the museum and the Loving Cup is just one of them. A lot of people would have been unaware that the tradition even existed, but with it on display, it has reminded us of something special that we have been able to revive.”

The Charlton Athletic Museum is reliant on donations and the work of volunteers. Any supporters interested in contributing their time, money or artefacts should contact the club by calling 020 8333 4000, or the museum directly by email on CAFChistorian@gmail.com or via Twitter on @CHATHMuseum.