Robinson on Mavididi, an important three points and takeover talk 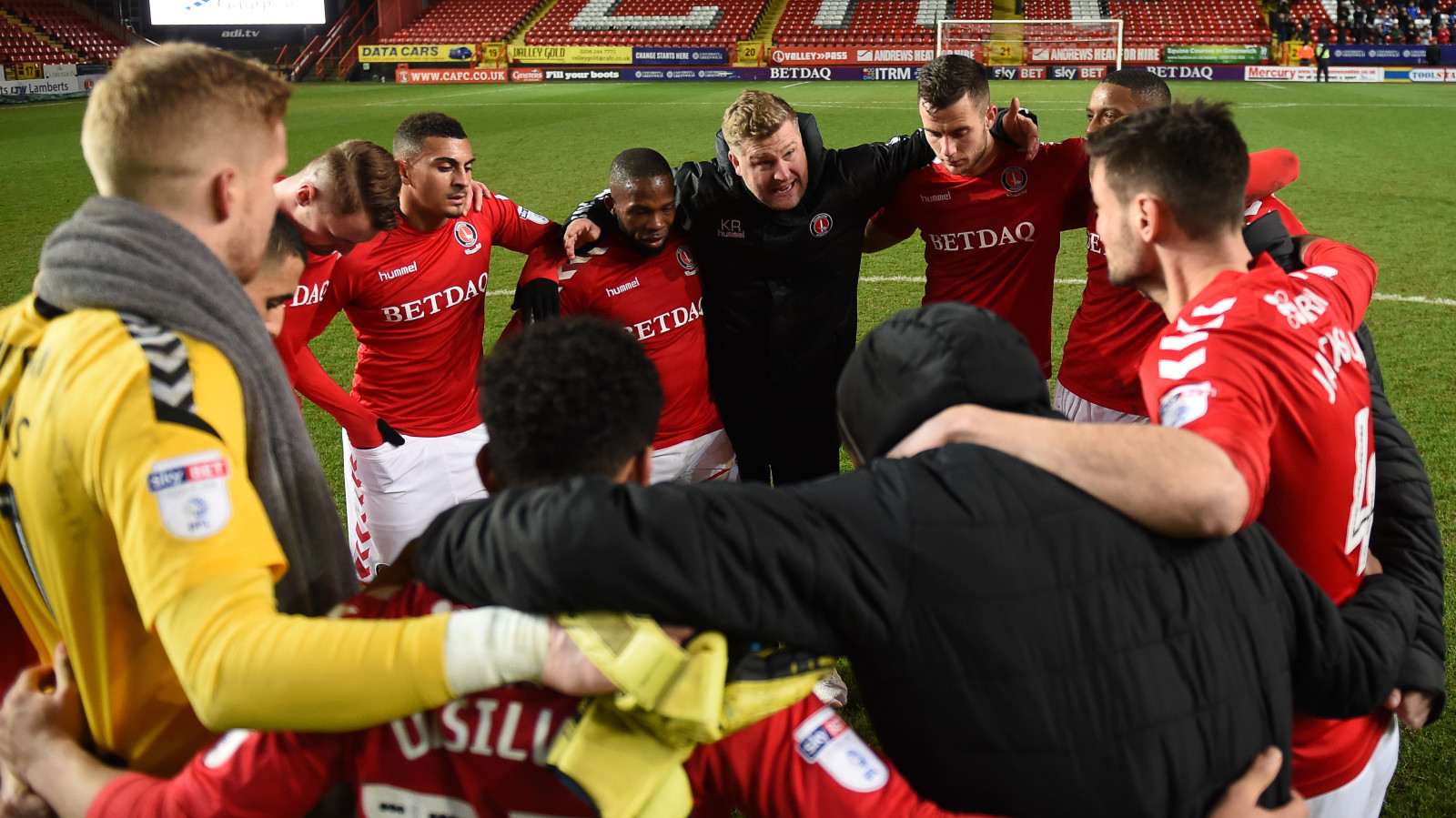 Speaking after Charlton’s 1-0 home win against Oldham Athletic manager Karl Robinson was full of praise for Stephy Mavididi who scored his first professional goal in his return to the club.

The striker re-joined Charlton on loan from Arsenal earlier in the week and netted an incredible individual goal in the 27th minute to end the Addicks winless streak.

Robinson also spoke about his team’s hard work and the takeover talks that have been circulating around the club.

Robinson's full post-game press conference will be on Valley Pass this evening.

“What a great moment for the young man. Maybe if he’d have come here in the summer he’d have had six or seven more by now. But listen, I’m really pleased for him, he works hard. We’ve got to protect him a little bit, that’s why I took him off after 70 minutes. We know he’s still not right there and I’m really pleased with all the players today.”

“I think it was important to get three points. I think it was important for the fans who obviously have stuck with us in a difficult time in relation to the results, maybe not some of the performances. The performance wasn’t there today but the result certainly was. The players were outstanding in their endeavour today and the fans were exceptional in their support of the players.”

On the team’s hard work

"I really, really love being here, I know the players (do too), we weren’t here technically today, you could see that, but we were certainly there in heart. I think every player left their body on the pitch and you could see that at the end. Listen, (on) Marshy (Mark Marshall), you don’t see wingers working that hard anywhere up and down the country (and the same with) Ricky Holmes. Stephy just shows how important bringing in fresh players is, it gives you an impetus and puts you on the front foot.

On being one point off the play-off spots

“We’ve got some good games coming up as well. I’m fighting like hell, my players are fighting like hell, that’s what is expected of a Charlton employee I think. For the short bit of time we’ve been here, as an employee you’ve got to dedicate an awful lot of your life to give everything you’ve got to try and make the football club successful. Everybody in the building and everybody at Sparrows Lane has been exceptional.”

“I’ve said this before, if you are going to take over a club, take this club over, trust me. The infrastructure is here, the players are here, they need building on, they need coaching, they need developing, they need more help but the fanbase is here, the area is ready to go again. What a great moment to takeover a club. The owner has said he is selling it so come on, step forward, get behind this club, Come and guide something to a bit of success because it’s long awaited.

“Regardless of whether I’m here or not, that doesn’t matter. It’s about the people who come in and where we go from here. The stability the football club needs, the work ethic, the desire. Everything that goes with it.”

Robinson's full post-game press conference will be on Valley Pass this evening.