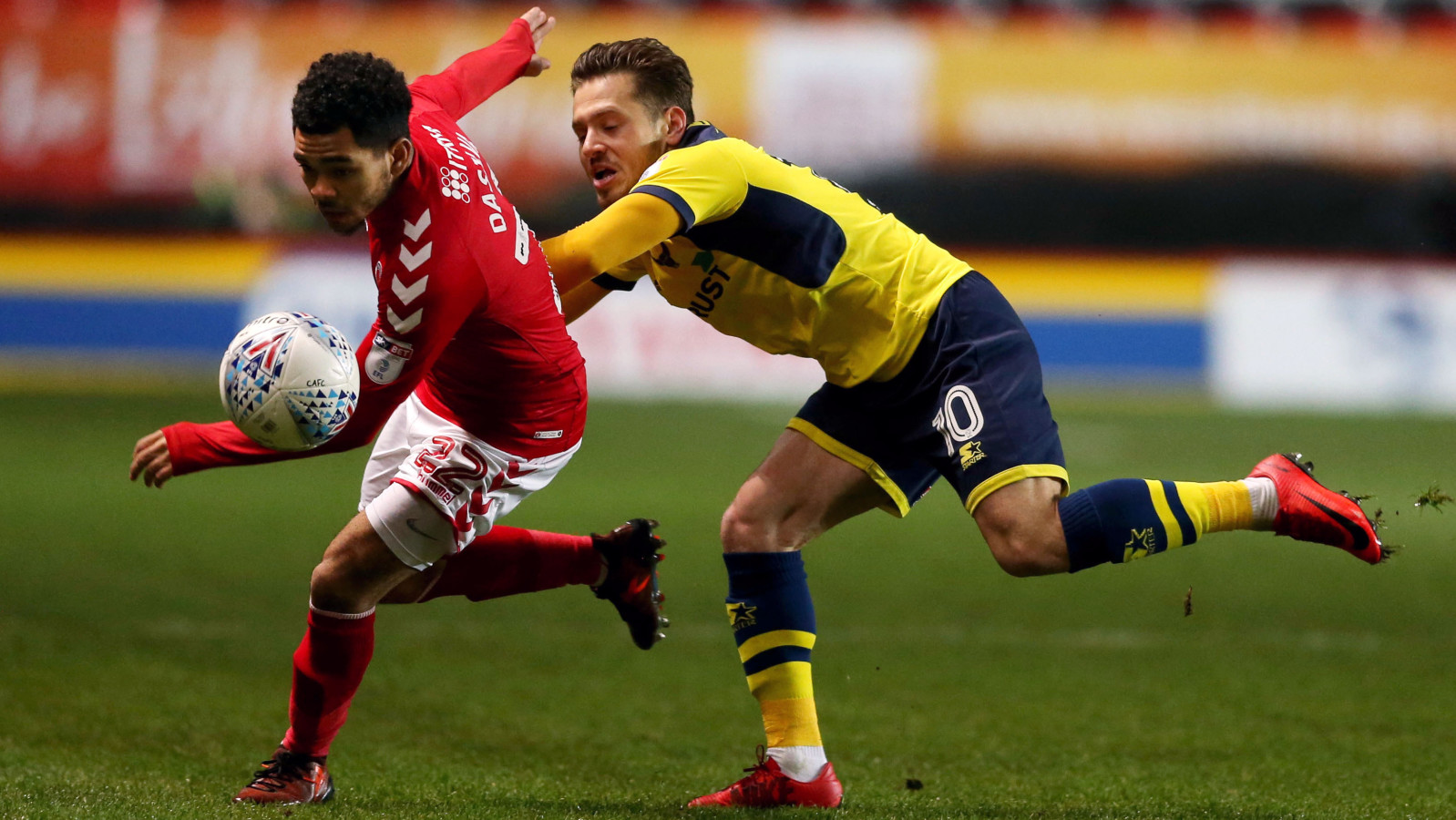 Charlton were knocked out of the Checkatrade Trophy after losing a penalty shootout to Oxford United following an exciting 1-1 draw which saw the Addicks have 24 shots at goal.

Karlan Ahearne-Grant gave the home side a deserved early lead with a fantastic individual goal but Wes Thomas equalised for the visitors nine minutes after half-time and the Us were able to hold the Addicks at bay and won the shootout 3-0.

Charlton started in a different formation to Karl Robinson’s preferred 4-2-3-1 in what appeared to be a 3-5-2. Dillon Phillips started in goal with Anfernee Dijksteel, Ezri Konsa and Johnnie Jackson making up the back three. Mark Marshall and Jay Dasilva started at wing back with Ahmed Kashi holding in midfield alongside Ben Reeves and Joe Aribo behind a front two of Ahearne-Grant and Josh Magennis.

Charlton first came close in the fifth minute after retaining possession for a long period Dasilva fed the ball back to Kashi whose strike went over and wide.

Shortly afterwards the Addicks took a seventh minute lead when Ahearne-Grant collected a loose ball wide on the left deep in the visitor’s territory. The striker cut inside his defender with ease and powerfully struck the ball past Scott Shearer in the Oxford goal.

Kashi was next to test Shearer with the veteran keeper forced to palm away a long distance 17th minute effort after some lovely possession football and Aribo then had an 18th minute shot blocked over.

In the 20th minute Konsa blazed a left footed effort just wide after a cleared corner was put back into the box by Reeves as the home side’s dominance and passing football showed no signs of stopping.

Oxford had their first half chance in the 27th minute when Thomas robbed Kashi and fed Ryan Ledson but Konsa got back brilliantly, tackled well and even managed to get a goal kick for his effort.

Charlton had one final chance before half time when Magennis headed a Reeves corner across the box but no player in red could quite make it there to head home. That meant the two teams went in at half time with the home side 1-0 up after controlling much of the half with some lovely, fluent passing football that resulted in 62% of possession and 11 shots to the opposition’s three.

Oxford gave the Addicks less time on the ball in the second half and Wes Thomas scored a 54th minute equaliser when he capitalised on a missed long ball and held off Dijksteel as the ball bounced through before sliding under Phillips.

Oxford came close to another in the 63rd minute when Jack Payne drove a left-footed effort just past Phillips’ post from 25 yards.

Jackson cleared off the line in the 68th minute when he blocked a Malachi Napa shot destined for the goal after the substitute got on the end of a Phillips save from a Jon Obika effort.

At the other end Aribo drove over from 22 yards after the ball came to him from a cleared Marshall cross and the Charlton pressure continued with both Marshall and Dasilva (twice) shooting into the stands.

The Addicks piled on the pressure as the clock ticked down with substitute Stephy Mavididi denied a counter attack goal by a good defensive block. Mavididi was denied by another brave block after Hackett-Fairchild did brilliantly to create some room for the on-loan forward.

What looked like the last chance came to Marshall arriving late at the back post but he was unable to control his header from a Dasilva cross and it went wide of Shearer’s post.

However, deep in stoppage time Marshall found Dasilva who passed into the feet of Mavididi but his left-footed shot across goal went agonisingly wide of the Oxford post with what was nearly the last kick of the match meaning the game went to a penalty shoot-out.

Jackson took the first penalty and was well denied by Shearer.

Obika took the visitor’s second and waited for Phillips to dive before slotting home into the bottom corner.

Mavididi took Charlton’s second but his effort was again well blocked and Hackett-Fairchild blasted the Addicks’ third over.

Ledson was then denied by Phillips before Mehmeti powered a right-footed effort to win the game and take Oxford through to the next round of the Checkatrade Trophy.