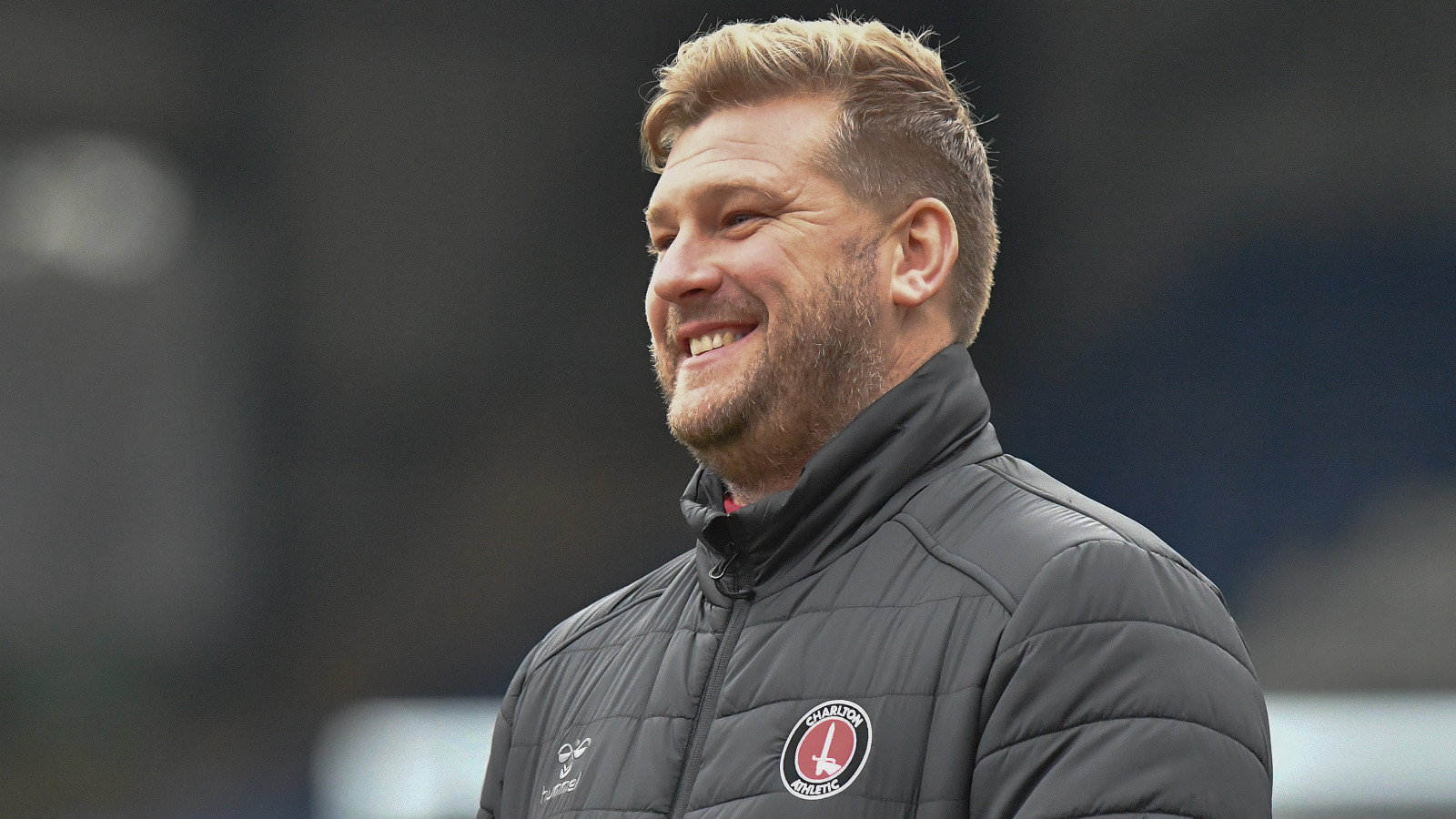 “I’m over the moon. We had a meeting with the players yesterday and talked about how you can only control the things that you control and today we controlled our own performance.

“Ok, things right, wrong or indifferent go on around the football club, but it’s about us and Charlton and the people that come and support this great club.

“This could have been three or four today and that’s the worry. I’m getting more and more grey hairs since I’ve been here. I’d love someone to bring me a cup of tea with us three or four up with 15 minutes to go!

“But we held on. We hit the post twice, had two or three one-on-ones and scored a good goal.

I thought Kashi was sensational in midfield today, but all of them, to a man, were excellent. Young Anfernee Djksteel, Harry Lennon, Ezri Konsa, Jay Dasilva – I’m just naming all my players! I’m very proud of them.”

“Today, we came here with 14 outfield players – Johnnie Jackson had nothing left in his legs because he had a hamstring problem the other night and only had five or 10 minutes left in him. Jake Forster-Caskey still has a hamstring problem. Chris Solly has still got a calf problem – we only had Reeco Hackett-Fairchild who was fit to come on as an outfield player for more than 15 minutes.

“I got a knock on my door on Thursday morning from Jake and Sols. They said to me ‘gaffer, even if we can only play five minutes, can we be around the lads. This is now about us sticking together as a football club.’

“They didn’t care that it was a long away trip, they just said that we were in it together. For the two of them not to be fit and to put their bodies on the line for the club, along with Jacko - I’m so proud of them.

“I think it’s inevitable. It doesn’t take an Einstein if he’s seen in a pub up in Sheffield with someone with a Sheffield United badge at the game last night, you can do your own maths.

“I wanted Samir Carruthers to come back the other way – you can make your own mind up about who stopped that.

“I had a conversation with Ricky on Wednesday and he was told that they wanted him. I wish him luck because mine and Ricky’s relationship has been very close. It’s not gone through, but if it does, I will miss him.”

“I just want to say about Richard Murray – what a man. He’s been unbelievable and I want to thank him publicly. He’s been there, he’s guided me, he’s supported me and Lee Bowyer and Jacko, he’s been on the phone to Steve Gallen and me every single night.

“Everybody knows he’s been coming and going and there’s different things going on in his life, but he’s still putting his life on hold for this football club.

“So whatever the differences or the frustrations that people have had, there’s a man who wants this football club to do well and I can’t thank him enough for what he’s done for me over the last couple of weeks.”

“It’s still in the hands of other people. We might do something next week. One fan asked me about the Ricky scenario and said ‘is this the beginning of the end?’ It’s one of those where people are frustrated, but they might see some light.

“This football club going forward has to be stronger. We have to be more united and we have to be one.”

We’ll make an announcement next week about what’s been going on. But we’re all united and you’ve seen that today.

The fans can be proud of the people that are employed by their football club and it’s not often you can say that. I’m very privileged to be in this situation and honoured, as well.