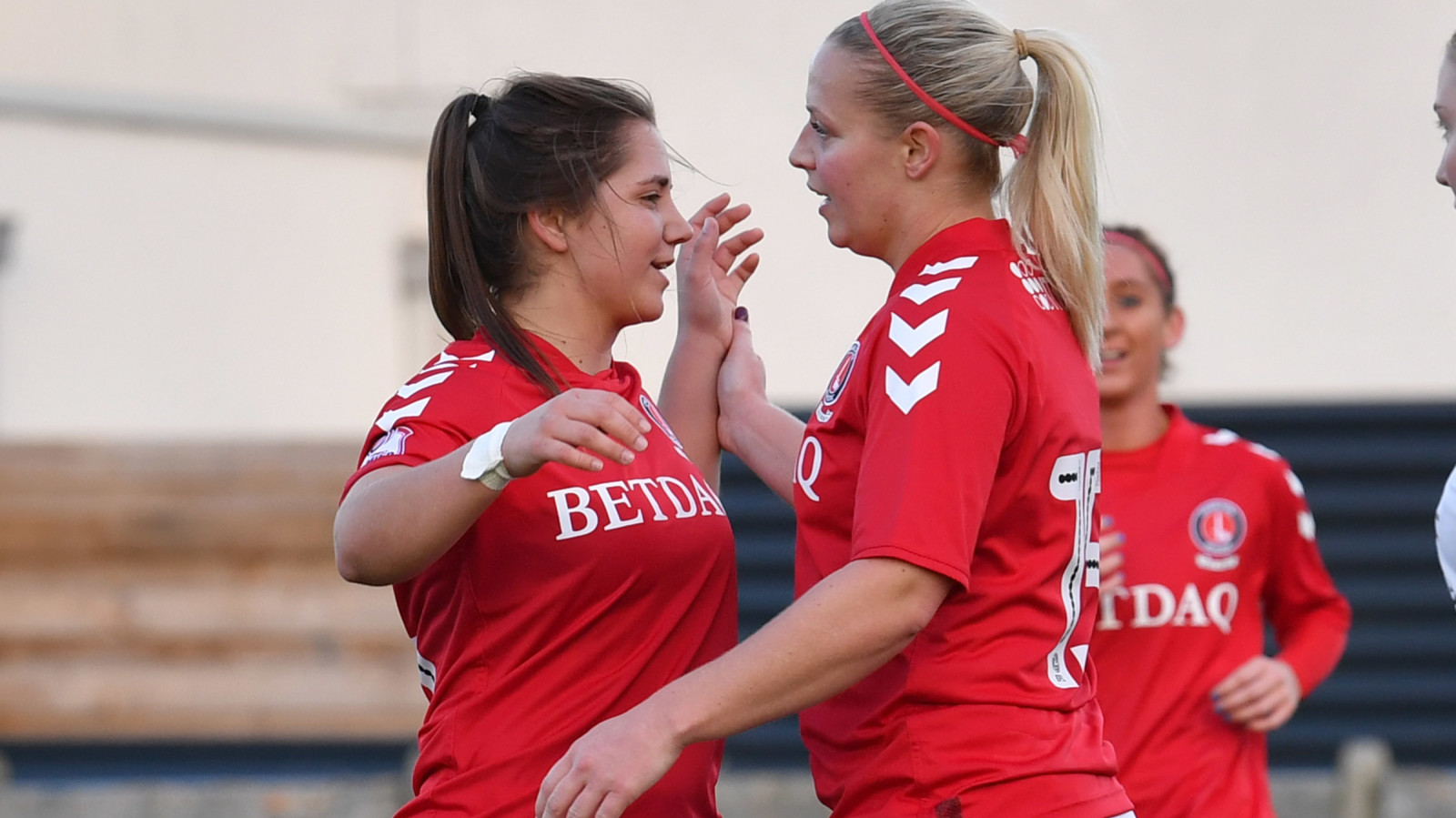 The Charlton women’s team progressed into the FA Women’s Premier League Cup quarter-finals after recording a 2-1 extra-time victory over C&K Basildon in Canvey Island on Sunday.

There were three changes from the team that started at Ipswich in the FA Cup, with Sam Pittuck, Charlotte Lee and Flo Jackson coming in for Kim Dixson, Kit Graham and Georgia Griffin.

It was the home side who took the lead after 38 minutes. Zoe Rushen’s free-kick picked out striker Angela Addison, who cleverly flicked the ball over Addicks keeper Katie Startup.

Charlton almost instantly equalised when a long-range, lobbed effort from Pittuck flew inches past the upright but eight minutes into the second half the visitors did draw level through a superb 20-yard strike from Charlotte Gurr.

On the hour, Graham replaced Lee and was soon involved in the action, forcing the Basildon goalkeeper to save a long-range effort.

At the other end, the pace of Basildon’s Addison twins was always a threat and a quick break saw Therese Addison force Startup into a smart save.

As the 90 minutes approached, the Addicks pushed for the winner. Graham met substitute Griffin’s cross first time only to see her effort dip over the bar.

The Addicks could have won it at the death when a powerful Charley Clifford strike crashed down off the crossbar. With the away side appealing that the ball had crossed the line, the referee blew the final whistle and extra-time loomed.

Moments later, Clifford’s 30-yard strike cannoned off the post and flew across the face of the goal and, shortly before the break in extra-time, the woodwork saved Basildon again when a long-range effort from Graham struck the crossbar.

The decisive goal came after 111 minutes when Clifford fed the ball to Graham, who fired into the top corner from 25 yards, giving the keeper no chance.

Basildon pressed forward in search of the equaliser but were denied by an excellent block from defender Ruby Southgate.

And in the dying moments, Graham was denied Charlton’s third when keeper Jamie-Lee Bamford tipped her goal bound strike around the post.