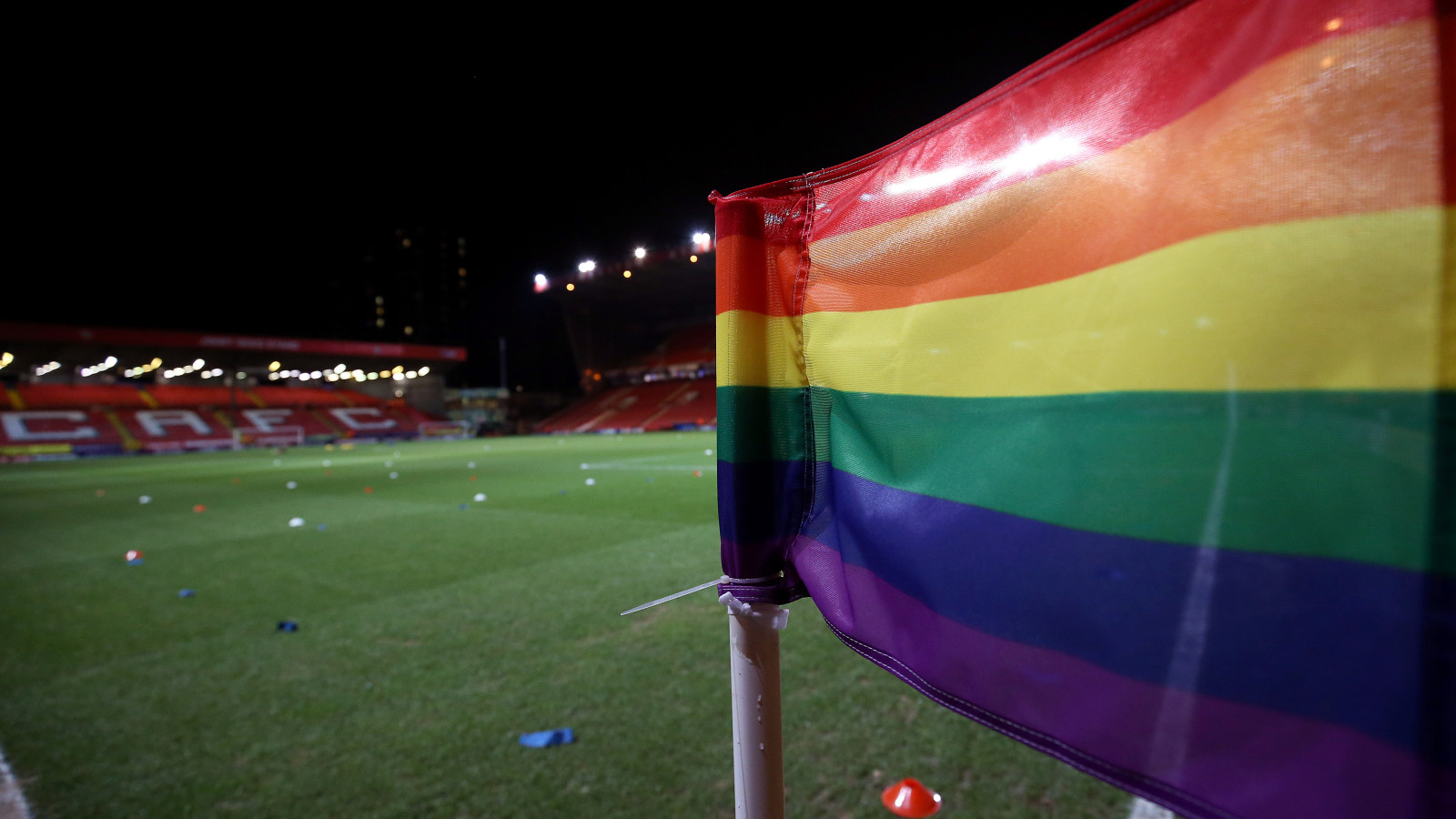 Charlton’s home game against Oxford United on Saturday, February 3rd will be dedicated to fighting homophobia as part of Football v Homophobia’s month of action.

The game is the second year Charlton have dedicated a matchday to the cause, following last season’s game against Scunthorpe United.

The League One match will also be supported by Charlton’s LGBTQI+ supporters’ group, the Proud Valiants.

Charlton’s Head of Communications Tom Rubashow said: “We are delighted to be hosting the second annual Football v Homophobia game. There is no place for homophobia in football and we are really pleased, but not surprised, at the way our fans have got behind all the work we’ve been doing with the Proud Valiants over the years.

“As well as the upcoming matchday against Oxford United, we’ll be hosting the third annual Charlton vs. Homophobia tournament this summer to help raise awareness for LGBTQI+ football.”

The Proud Valiants have invited their counterparts at Oxford United to join the celebration and plans for this year’s event include pre-match video interviews, use of rainbow corner flags and much more. As part of the matchday, Charlton partner Hadlow Group will provide rainbow flower bouquets for all hospitality areas put together by their students.

Proud Valiants chairperson Rob Harris said: “We are thrilled that the club has chosen this match against Oxford United as the clubs Football v Homophobia match. I would like to welcome all the fans of Oxford's LGBTQI+ fan group who will be at The Valley for the day.

“Since its formation the Proud Valiants have worked hard to raise awareness to rid homophobia from football. We have hosted, with the club, a number of events at The Valley, we are also represented on the Pride in Football Committee and we have been asked to give feedback and advice on many issues around Homophobia in the Sport, including being invited to speak at Parliament with members of the home committee into Sport.

“Our main reason for existence though is as a fan group for LGBTQI+ Charlton supporters and allies. We are lucky here at Charlton as we have some amazing fans. However, homophobia in football around the country has not been eradicated. This is why all the work we do with Charlton Athletic is so important.”

“CACT Invicta FC is currently sitting top of the London Unity League and the players are delighted to be attending the match in a sign of solidarity alongside our friends - Charlton Athletic FC, the Charlton Athletic Community Trust, the Proud Valiants and the Oxford LGBTQI supporters group - as we aim to end homophobic discrimination in football.”

For more information on how to join the Proud Valiants please email proudvaliants@gmail.com.