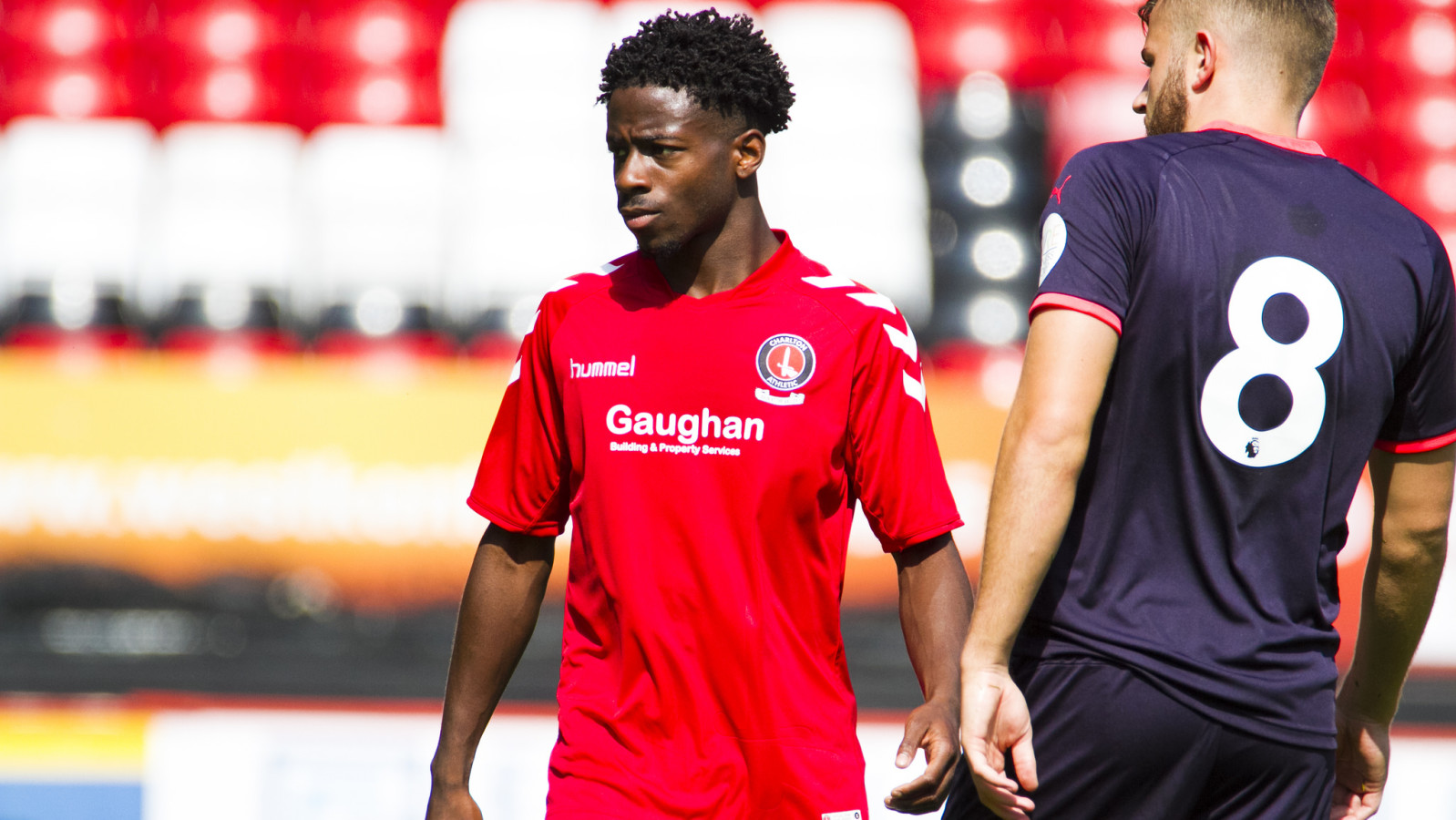 After Freddie Hinds was sent off on 78 minutes, Umerah headed home two minutes from time before Yamfam curled home a quick free-kick to seal the points.

The victory was Jason Euell’s side’s seventh in Professional Development League 2 South this season and keeps the, fifth in the table.

The Addicks got off to a quick start when Albie Morgan tested Bristol City goalkeeper Alhaji Sesay from the edge of the box in the fourth minute.

Bristol City’s Rory Holden the managed to weave his way through the Charlton midfield and almost picked out striker Hinds in the 12th minute, with a ball which was slightly overhit.

George Lapslie tested the Sesay in the 23rd minute with a low drill to the keepers left, which he comfortably dealt with.

Charlton had a goal disallowed in the 26th minute after Umerah thought he had beaten the defensive line as he raced through one on one with the keeper, but the linesman raised his flag to give the offside.

Karlan Ahearne-Grant managed to get a shot away after Ryan Blumberg won the ball back for the Addicks in the 33rd minute but was deflected away for a corner.

In the 39th minute, Ahearne-Grant broke through and rounded the keeper but the danger was snuffed out as the defence came to Sesays’ rescue to keep the game all square.

Holden once again was the dictator in a Robins move as, in the 44th minute, he picked out a fine pass that fell perfectly into the path of George Nurse, who blazed his effort well over the bar.

In the final action before the half came to a close, Umerah ran onto a long ball from Lapslie but he missed the target, putting his effort over.

The second half started with a flourish. In the 50th minute, Jo Cummings flicked on an Albie Morgan long ball which went wide of the post.

In the 54th minute, the Addicks failed to clear their lines in the box from a corner and striker Hinds poked the ball just over.

Nurse dispossessed Anfernee Dijksteel the 71st minute and went on to set up Opi Edwards, who put his effort just over.

Tempers flared in the 78th minute when Hinds stamped on the back of Cummings’ leg. The striker was rightly given his marching orders for his embarrassing stamp.

Charlton thought they had finally found a way in through the Robins defence when goalkeeper Dillon Phillips launched a ball long for substitute Yamfam to chase. he managed to control the ball and drive at the defence, before having his shot blocked by the head of a Robins defender.

The deadlock was finally broken in the 88th minute. Umerah buried the ball into the back of a net with a diving header after a great cross from Morgan.

And the Addicks doubled their lead in clever fashion in the 93rd minute with the last kick of the game. Yamfam curled a free-kick from the edge of the box into the bottom left-hand corner, as he caught the goalkeeper and defence off guard, who were still setting up to defend the set-piece.