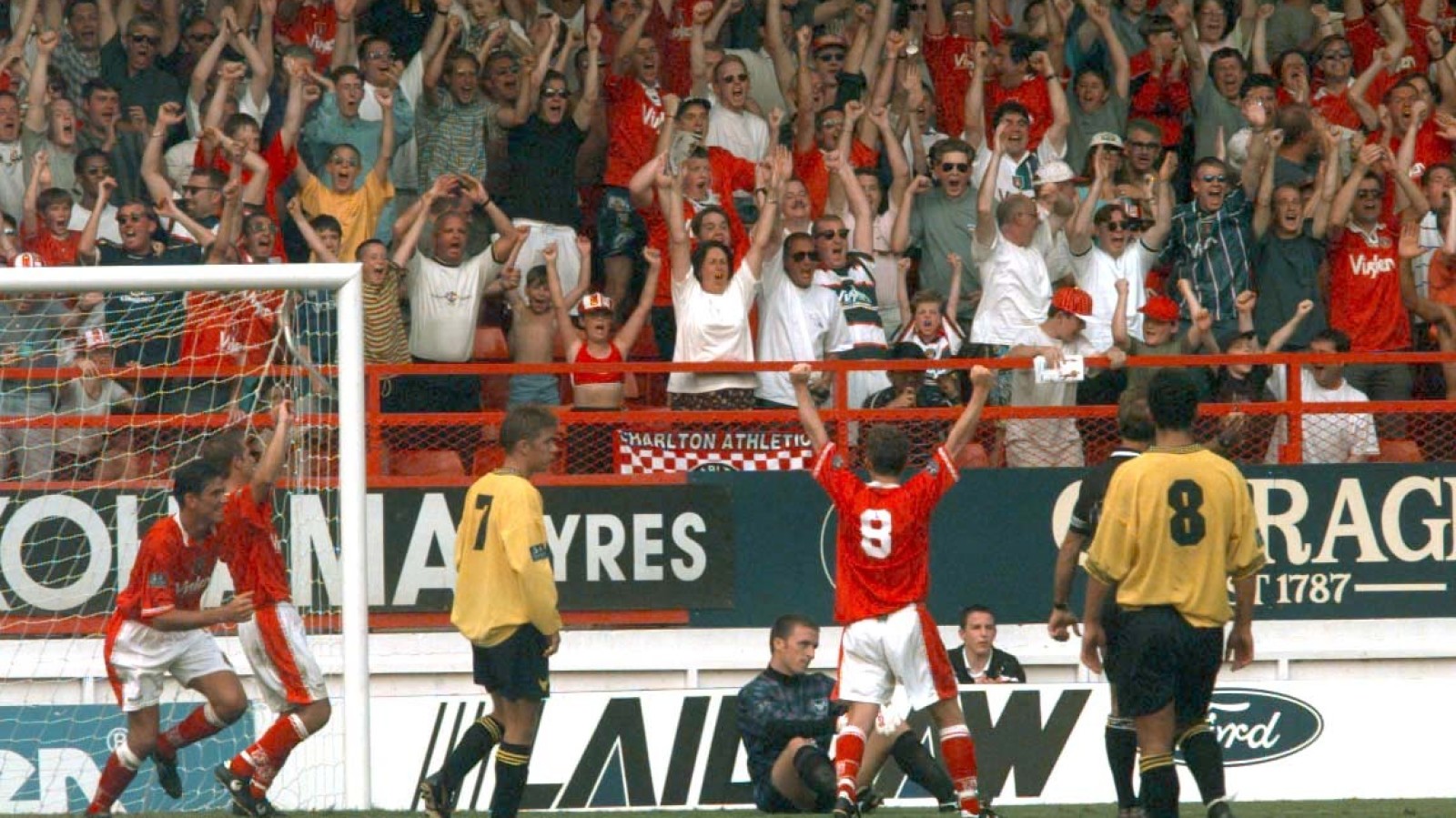 Charlton host Oxford United at The Valley on Saturday afternoon where Karl Robinson's men will hope to make it four Sky Bet League One victories on the spin.

Ahead of the clash - for which tickets remain on sale and can be purchased by clicking here - we have searched the unrivalled Valley Pass archive to find five great Addicks strikes against the U's.

Featuring in our list are two efforts from the early 90s, a delightful free-kick, a strike from earlier this season and a maiden Charlton goal for an Addicks legend…

Clive Mendonca scored his first ever goal for Charlton in a 3-2 victory over Oxford in August 1997. Steve Jones opened the scoring before Mendonca found the back of the net, beating his defender with a neat bit of skill before driving the ball into the bottom left-hand corner. This would be the first goal of many for the Charlton legend. Oxford pulled a goal back early on in the second half but their comeback didn't last long as youth graduate Kevin Lisbie came off the bench to give the hosts a two-goal advantage once more. Oxford scored a late second goal but it was the Addicks who got their first win of what was to be a historic season for the club.

In one of the games of the 1993/94 season, Garry Nelson netted the pick of the goals in a 4-0 rout in Oxford. Carl Leaburn netted the first of the game and, at the start of the second half, Leaburn bundled home his second of the game after some great work from Nelson. The Addicks were awarded a penalty late on in the second half, which Alan Pardew converted to make it 3-0 to the visitors. After some fantastic build-up play from the Addicks, the ball fell to Nelson who rounded the goalkeeper to score the final goal of the game.

In the reverse fixture earlier this season, Tariqe Fosu scored the only goal for the Addicks as they were held to a 1-1 draw at the Kassam Stadium. Fosu put the visitors ahead in the 18th minute when his high pressure on the Oxford back line paid off. He snuck the ball off the defender and rounded the goalkeeper to slot the ball into the open net. However, the Addicks were unable to hold onto the one goal lead, as the hosts equalised in the 35th minute thanks to a cool finish from Christian Ribeiro.

Darren Pitcher scored one of the goals of the season when Charlton ran out 2-1 winners at the U's' former home, the Manor Ground. Pitcher opened the scoring early on with a sensational half-volley that chipped the goalkeeper, who was off his line, from 25 yards out. Oxford soon equalised through Jim Magilton but the Addicks secured the victory through Robert Lee with a low drive. The Addicks were to finish the season in seventh, narrowly missing out on the play-offs by four points.

Yann Kermogrant netted a superb free-kick to send the Addicks through to the fourth round of the FA Cup at the Kassam Stadium. The striker opened the scoring after 35 minutes with a driven finish from inside the box. Danny Green scored a tap-in for the second of the game and Kermogrant then scored the pick of the bunch - a delightful free-kick that sailed into the top corner, which turned out to be his last strike in a Charlton shirt.