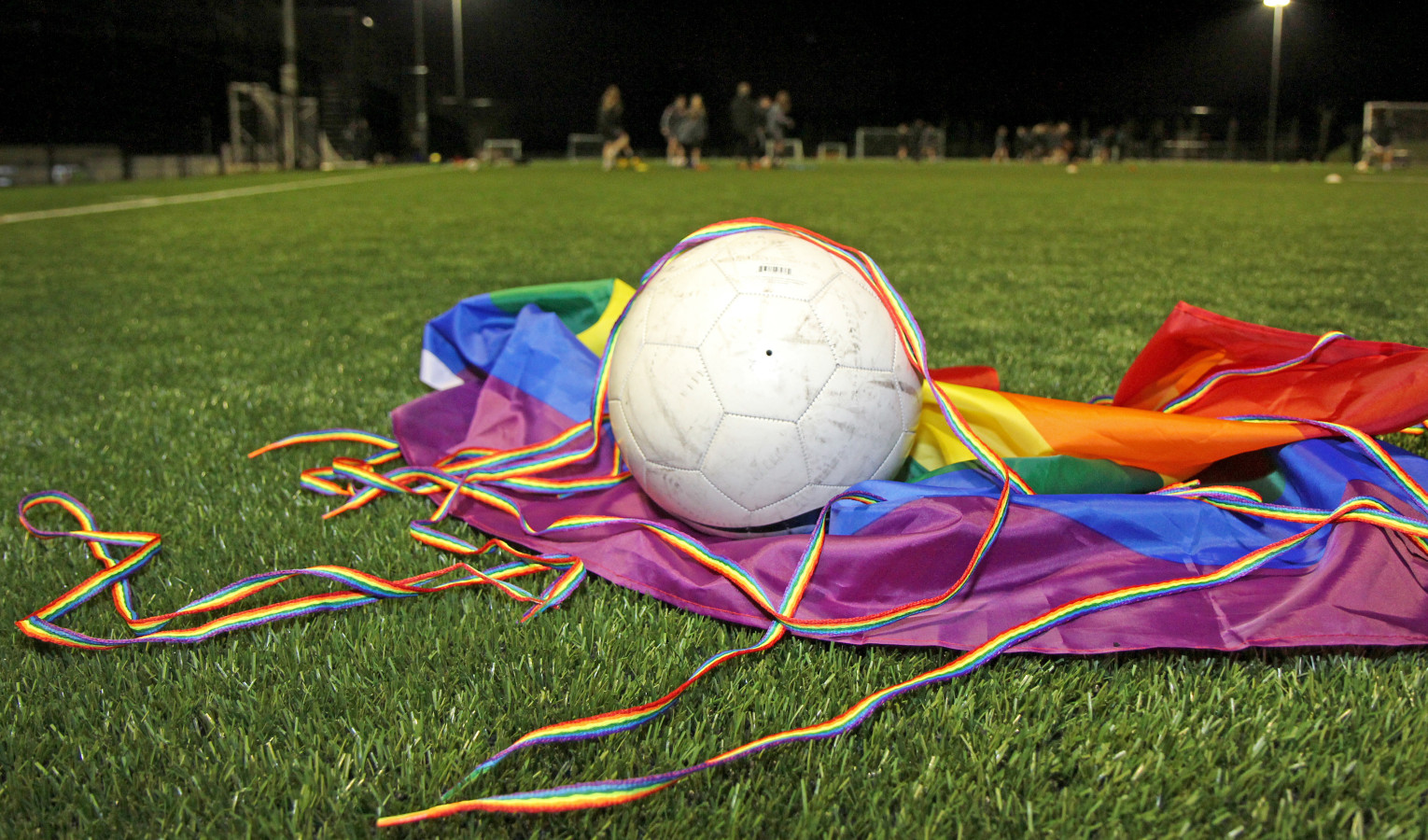 Ahead of Saturday’s matchday dedicated to Football v Homophobia lifelong Charlton Athletic fan, University of Greenwich alum and freelance photographer Tom Dingley photographed members of CACT Invicta, the first club, trust-affiliated LGBTQI+ friendly football team, for an exhibition that will be on display in the Fans’ Bar and Greenwich suite at Saturday’s game.

We asked Tom, who first watched the Addicks in 1994 and cites Clive Mendonca as his favourite player, to explain more about the exhibition.

“For the past few years I have worked on my own LGBT* portrait project called ‘Outcome,’ where I have photographed LGBT* people as they are now – out adults. Showing the diversity of the LGBT* community, breaking down stereotypes and showing visual role models to young people growing up that there are LGBT* people from all backgrounds and in all areas of our wider community.

“I have got involved with Charlton Athletic through the University of Greenwich, of which I am a graduate. As a Charlton fan myself, it was only natural to want to get involved with the Football v Homophobia match against Oxford United. Knowing about CACT Invicta FC, I wanted to photograph some of the team – an all-inclusive team – to show Charlton Athletic as being a club where everyone is welcome; from players at all levels, the community off the pitch and the fans. The portraits show off the team members as role models for what football should be, a team sport for everyone; gay or straight – especially if you can help us get 3 points game after game!

“I have been asked, why should we know about someone’s sexuality – and to an extent that’s a good point; we should all be able to get on regardless of who we love. However, until we tackle the initial stumbling blocks of wiping homophobia off the terraces we need people to stand up, speak up and be proud of who they are. A happy football club, is a successful football club.”

You can follow Tom Dingley on Twitter @TomDingleyPhoto and you can find out more about his project @OutcomeLGBT.