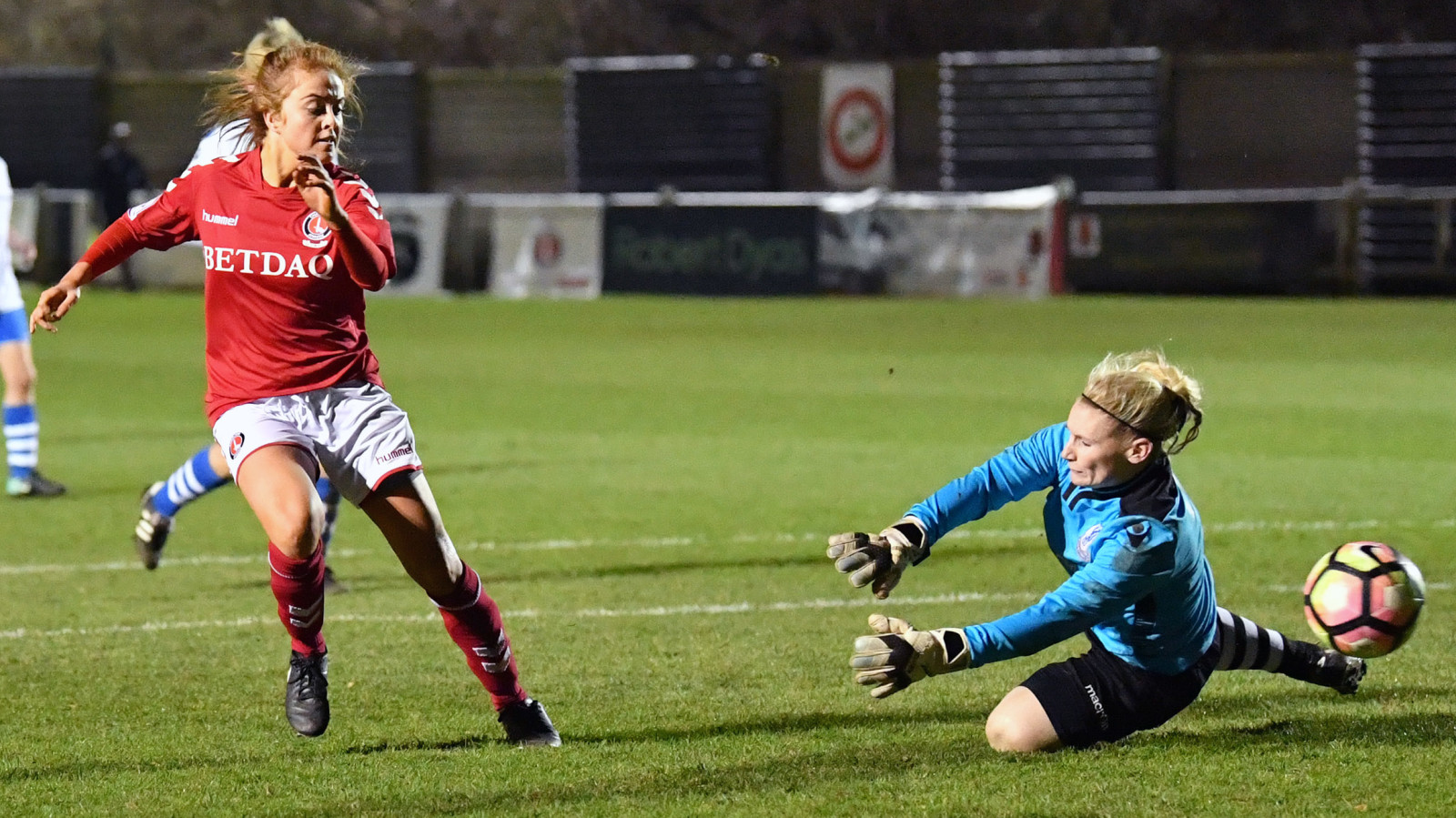 The Addicks, who twice took the lead through an Amy Taylor own goal and Charlotte Gurr, eventually edged out Rovers after extra-time at the Sir Tom Finney Stadium in Bamber Bridge.

Natasha Flint twice equalised for the hosts but young winger Georgia Griffin eventually turned home a pinpoint Gurr pass on 100 minutes to ensure that Charlton progressed into the last 16.

The teams went in goalless after 45 minutes but the deadlock was broken just two minutes after the interval when Kit Graham flicked on a Grace Coombs free-kick and Taylor saw the ball roll in off her back.

Nine minutes later, Blackburn were level after a scrappy period of play, which culminated in the ball running free for Flint to slam home powerfully.

Graham was once again the architect of Charlton's second, feeding a superb ball into Charlotte Lee, who showed good strength to hold off her marker and cut-back for Gurr to place the ball over Rovers stopper Dan Hill.

With eight minutes remaining Flint saw her free-kick deflect off the Charlton wall for a second equaliser, but an excellent ball forward from Nicole Pepper found Gurr 10 minutes into extra time. The midfielder surged forward and slid a perfect pass to the back post for Griffin to meet and claim the win.

The draw against Cardiff, who upset FA Women's Super League side Oxford United in the fourth round, ensures there will be at least one third-tier side in the quarter finals.

Charlton have already beaten their Welsh rivals 3-0 in the league once this season but Head Coach Riteesh Mishra says it won't be easy for his side.

"Cardiff away is always a difficult test," he said.

"We know them well and have had competitive games against them in the league. On the back of their result against Oxford, they will no doubt fancy their chances. It's going to be another very even contest but a tie for us to look forward to.

"The way we are playing and the mindset the girls have at the moment, I think we genuinely feel like we'd give anyone left in the competition a good test."