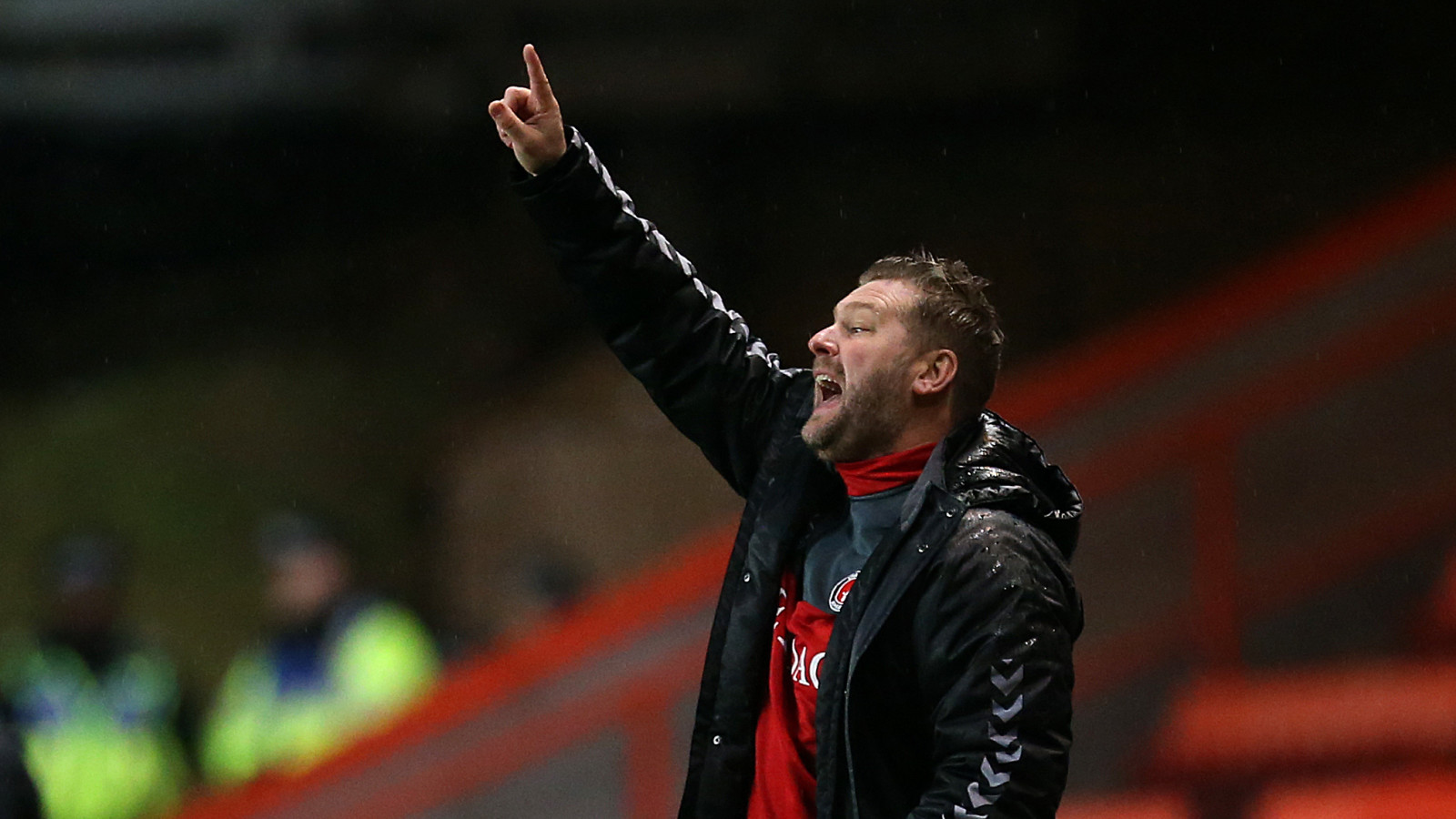 Karl Robinson sat down with the local media on Thursday morning to preview Charlton’s weekend clash against his former team MK Dons.

The club currently sit seventh in the league, two points off a play-off spot with two games in hand. Robinson was asked about recent form, his former team, player fitness and rumours linking him with the vacant Manager's role at Barnsley.

His full press conference will be available on Valley Pass later today.

“If you look at the two goals we’ve conceded recently (Doncaster and Bradford) they’ve been two deflections that have ended up in the path of the opposition. The Oxford one was my fault and I took full responsibility for that. I never shy away from when I make a mistake but I can’t blame anybody for a defender trying to block a shot or a defender trying to block a cross and it landing in the arms of somebody else. That’s just the way it is and that is just the way you have to deal with the unpredictability of the industry. We’re in a good place, we feel we’re playing well, we know we just have to get that second goal to make it more comfortable for ourselves.

"We were speaking earlier, if you look at what we’ve done in the last 12 months, more than £10m has gone out, we’ve cut the wage bill, we’ve not spent six figures. I think it has been remarkable what everyone has done at the football club to put ourselves in this position. The problem is, I think we’ve excited a lot of people early on and the expectation levels have certainly grown, so we have to burden the weight of that and that is just part and parcel of being at a big football club, when you excite people you have to follow it through. We’re in a great position, we feel like there is a lot of games to go, we soldier on, we march on."

On if he expects a hot reaction from MK Dons fans

"No, I don’t no, the respect I have for that football club and the people within it. I think people don’t realise with the controversy that surrounds the football club, the people that go and watch them each week are great people. It’s a shame to see them where they are. Me and the chairman still speak, we’ve got a good relationship but with all due respect, one thing they certainly know is how passionate I am about winning. Before the game and after the game my respect for them will be impeccable but it always is to every team we play against. During the game I’m here to win and that’s just the way we are. We’re going there to win and that’s our objective."

"Looking at their recent results, they’ve only lost by one goal. They could have argued that it would be so, so different but that is the nature of the beast while you are down there. Watching their games the last few days, they are playing a back five with a diamond which is a bit different. You can see they are certainly starting to get a style and a way back of playing. We’re under no illusions of how difficult it is going to be but we’re fully focused."

On if he is worried about player fitness

No, I think you (the press) can answer that one for us now. We just sat down and went through the data with you [the press]. I think it’s important that I’m transparent with you and you can be transparent with the supporters. At the end of the day, they deserve an answer to some of the questions they have. So that’s why I came in this morning and I was very detailed in the high intensity metres per minute and the distance covered and the increase in that in the last 15 minutes.

“So there’s been no drop off from my players towards the end of games. If anything, the distance covered has been increased. The one we look for is the high intensity metres per minute so how many metres they cover within a minute but at an intense level. That shows a true reflection on the fitness levels of a human being. We’re very, very happy with where we sit on that.”

On links with the Barnsley job

"My agent phoned me saying ‘listen, this is the situation’, and I said ‘I don't want to be on it [the shortlist]’.

“I don't see Barnsley for me. This is a place where I want to be. I want this club to be in the Championship - it’s as simple as that. But we have to go to the Championship clean, with everything that’s happened over the last five years gone.

“We've worked hard to put ourselves in this position and I’m not going to walk away from something when we've worked so hard over the last 12 months.

“There have been other opportunities [to leave] while I’ve been here, but I spoke to my agent the other day, and I’m so happy. This is an unbelievable club.”

Robinson also provided an update on Jason Pearce's availability following injury. You can read that here.

His full press conference will be available on Valley Pass later today.