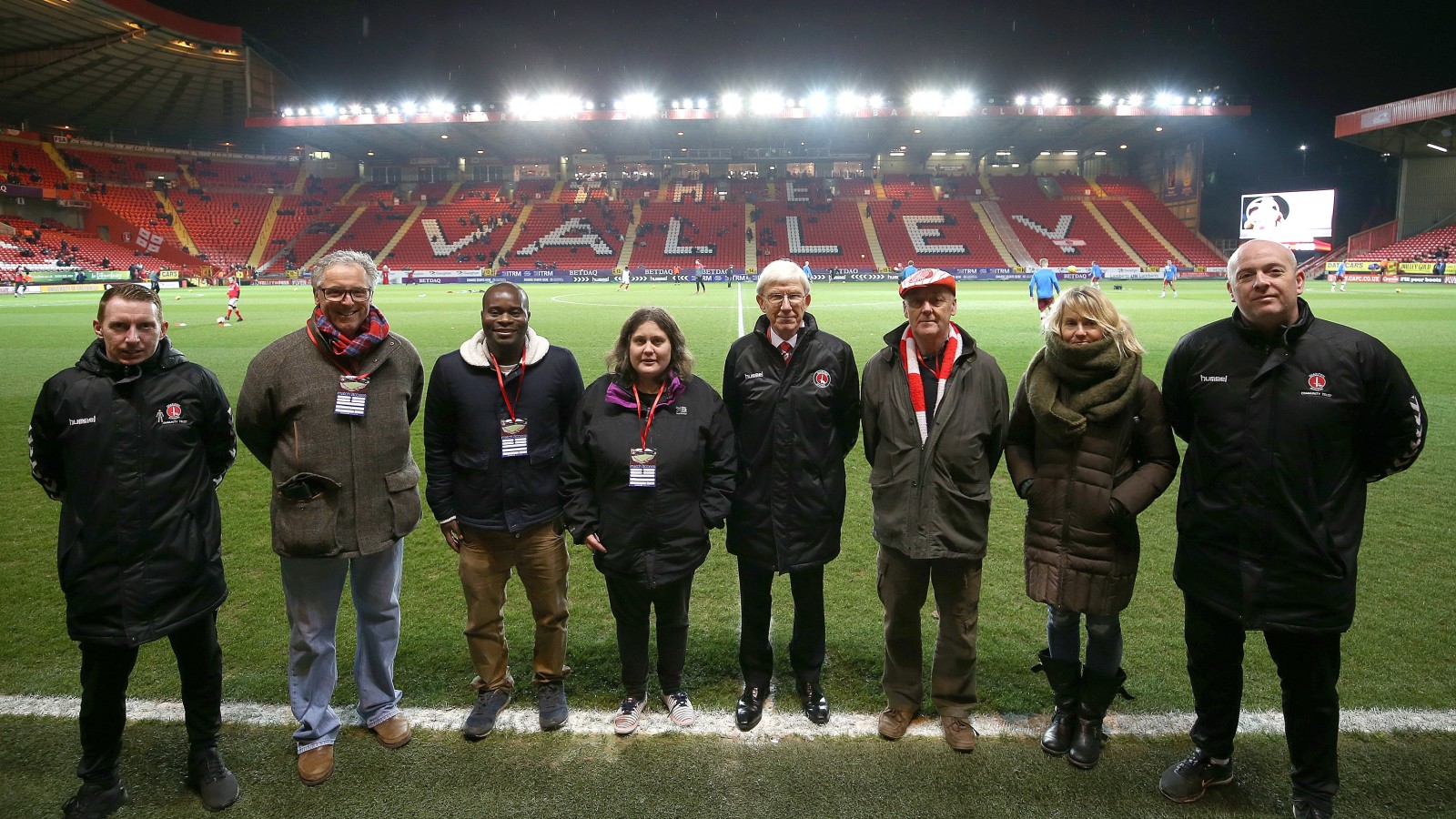 Clients from Charlton Athletic Community Trust’s (CACT) Early Intervention in Psychosis programme have welcomed a donation which will help fund a mental health residential trip to Cornwall later this year.

The project will benefit from a £2,000 donation from the club and Regular Cleaning following Charlton Athletic’s 25th Anniversary match against Portsmouth.

Charlton fans voted to support a Next Steps residential trip to Cornwall, with 425 fans taking part in the Fans’ Forum poll which was and facilitated by Charlton Athletic Supporters’ Trust. More than half voted for Next Steps.

Nifemi Ajala, KMPT NHS Assistant Psychologist, said: “I was lucky enough to be one of the staff members to accompany some of our guys from the Early Intervention team in Cornwall.”

Nifemi said that some of the clients have never been away from home for more than one night: “They have self-confidence issues, anxiety, low moods, and it was a lot of people’s highlight of the summer being able to spend those four days in different scenery, have that confidence boost and do something fun.”

She also said many of the clients have sustained some of the friendships formed in Cornwall.

Next Steps 2017 participant Psalm Kakhome agreed: “I had so much fun and made some new friends. It was a great trip! Obviously we’re all recovering. Some of us don’t go out and meet new people, but it’s good for our mental health to go out there and experience that. It aids our recovery very well.”

Next Steps trips can play an important part in a client’s recovery, strengthening the work done on a weekly basis and improving self-belief. Activities on previous residentials have included coasteering, stand-up paddle boarding and a visit to the Eden Project.

Last year, 45 clients in total attended over four separate trips. 100% of the clients reported that they felt the trip had helped them reduce the social isolation they had felt due to their psychosis.

Carl Krauhaus, CACT’s Head of Early Help and Prevention, said: “The Next Steps residential project has been a fantastic development for our mental health work. It enabled us last year to offer an additional and unique opportunity to some of the people that we work with throughout the year.

“I saw first-hand the difference the trips made to people and witnessed what a boost it was to many of their recovery paths.

“I would like to thank all of those who voted to help us to deliver the project again this summer and continue our respected and forward-thinking work in mental health, and Regular Cleaning and the club for making the donation.”

A number of clients from the programme were invited to a pitchside photograph, with represenatives from the Community Trust, Fans' Forum and the club ahead of Charlton’s game against Bradford City on Tuesday.

Richard Wiseman of Charlton Athletic Supporters Trust said “We were pleased to be able to play a small part in this by facilitating the voting by fans. We wish everyone well on this year’s trip.”

You can see a short video with Nifemi and Psalm here.