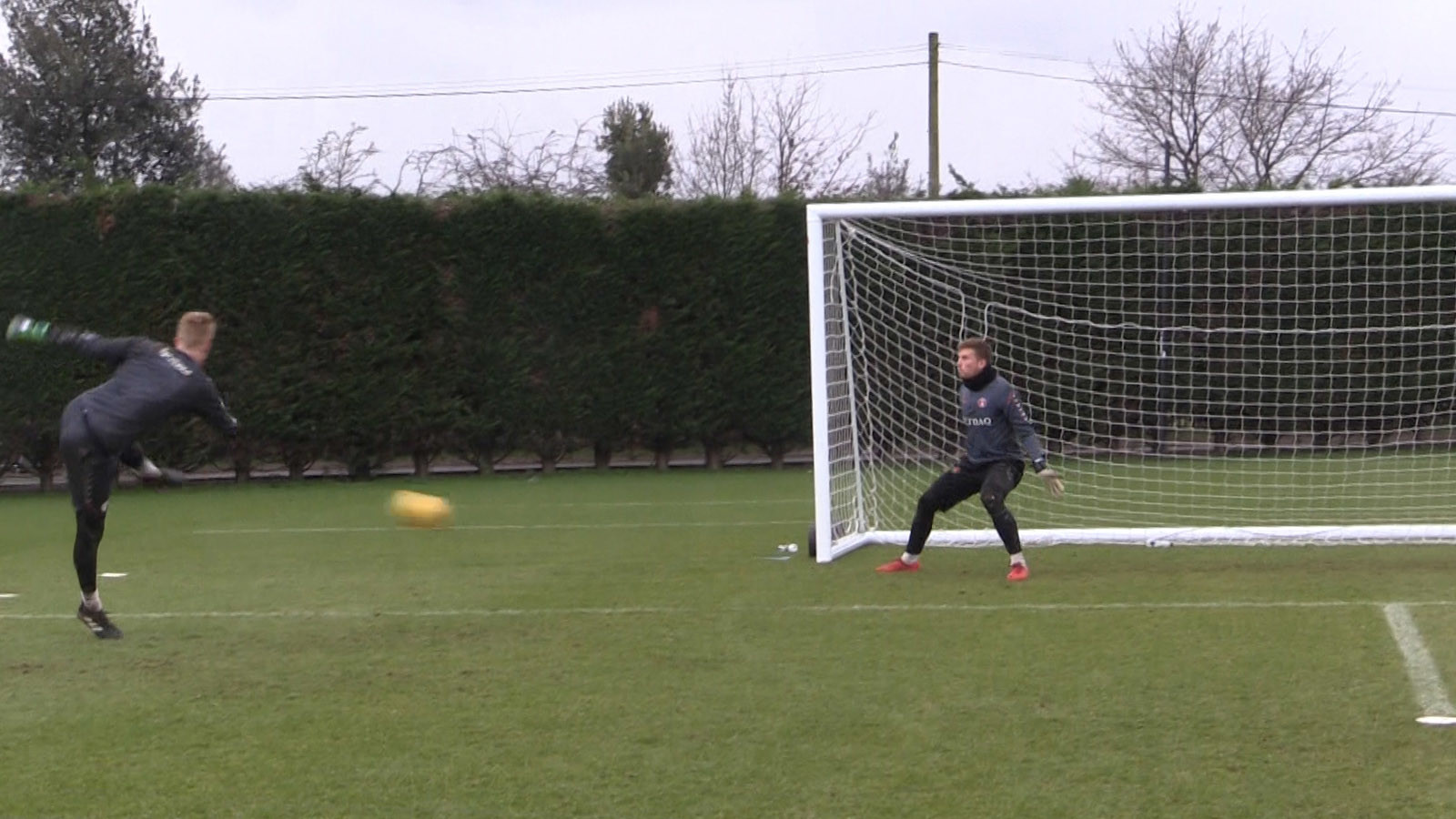 Ben Amos, Dillon Phillips, Ashley Maynard-Brewer and Goalkeeping Coach Lee Turner took centre stage in this week's episode of Behind the Scenes at the Training Ground, which supporters can watch on Valley Pass by clicking here.

The trio - who form a close-knit group - were put through their paces in a series of drills and they were all on hand to support and encourage one another.

Academy graduate Phillips has been with the Addicks since the age of nine and he says that he and his fellow stoppers have a brilliant relationship.

"We have a great camaraderie between us three keepers and having that togetherness is key," he said. "It's about me pushing Ben and hopefully improving him, and him improving me too.

"We probably work on five, six or seven different components of goalkeeping every week. It gets competitive between us, we enjoy the little games when a couple of us take shots at goal and, obviously, we are trying to get the best out of the goalkeeper - we don't worry about our finishing too much! It's all good fun."

Behind the Scenes at the Training Ground is a weekly feature on Valley Pass that enables fans to get up close to Karl Robinson's first-team squad during the week. To watch this week's goalkeeper-themed episode, please click here.

Robinson hosted his weekly pre-match press conference with the local media on Thursday morning. Ahead of the match with Milton Keynes Dons, he discussed what will be his third return to Stadium MK, Charlton's recent form, the squad's fitness levels, his link to the vacant Barnsley job, Jason Pearce and more.

Not heading to Milton Keynes on Saturday afternoon? Quick-fire highlights from the match will be available to view from midnight - just hours after the full-time whistle - plus extended highlights will be released at midday on Sunday.