Josh Magennis on being back on the goal trail, three points and social media 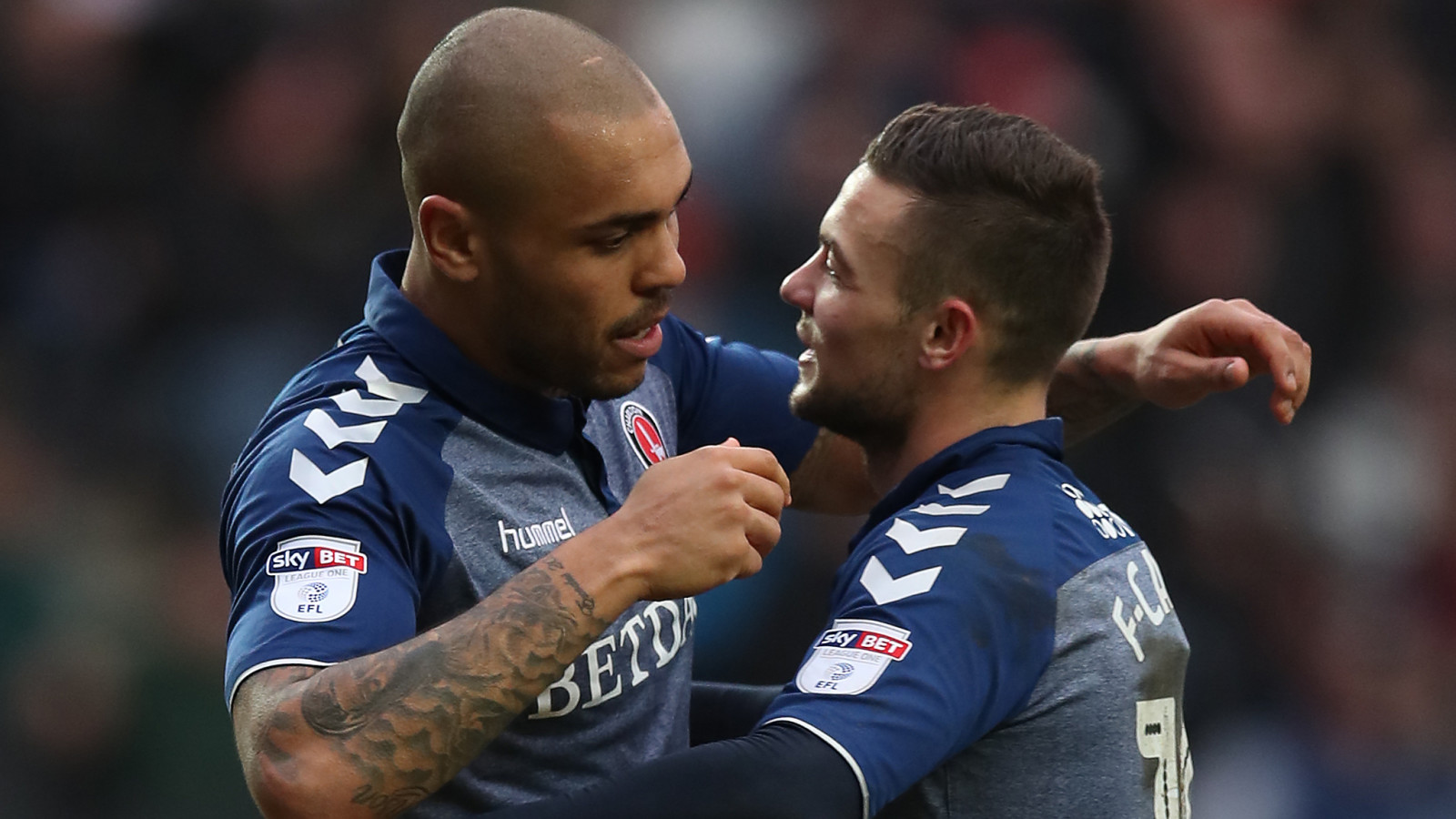 Josh Magennis is delighted to be back on the goal trail after scoring Charlton’s winner in Saturday’s victory at Milton Keynes Dons.

The Northern Irishman headed home Jake Forster-Caskey’s perfect cross on the hour mark to double the Addicks’ advantage at Stadium MK and make it three goals in his last four matches.

And, having ended his goal drought with an impressive scoring run, the striker hopes to continue his good run of form.

“Football can be up and down. It’s a rollercoaster. You’re never in the middle. You’re either sky high or you’re lower than a snake's belly under a top hat. You’ve just got to go with it. If there is doubters, you’ve just got to keep your head down, work hard and try and prove them wrong.

“The form I’m in at the minute, I feel great. The midfielders and wide men are finding me. It’s making me play even better.

“It’s always nice to score. Since I’ve been here the support has been nothing but brilliant especially towards myself and the lads. Hopefully it’ll continue and not only myself but more importantly the team will go on a run and we can put some distance on whose below us.”

The Addicks had conceded late goals in their last three matches before Saturday.

Magennis’ side defended brilliantly in the closing stages at MK Dons and he says that his side were always confident of returning to winning ways.

He said: “We started the season on absolute flames and sets standards for the team and expectations. We then hit the worst form I’ve been involved in, not only the team but me personally with not scoring goals.

“We managed to turn it around and were taking the lead in games but just weren’t seeing it out. We were like ‘it just has to turn’ and that’s what we’ve done.

“If you don’t know what to do then just work hard and that’s what we’ve been doing behind the scenes. It was great to get these points because it takes us back into the top six.

“Psychologically, other teams can see us in there and it’s up to us to stay in there. We’ve got something to fight for to try and finish as high as we can.”

The striker has come off Twitter in recent weeks and he hopes that keeping himself clear of social media will benefit his performances on the pitch.

He said: “Social media is very helpful in a lot of avenues but sometimes for me it is easier to take a step back and not get caught up in it. We’ve done a lot of video analysis with the guys at the team and I just concentrate Monday to Friday and it seems to be working.

“My wife’s happy. She says you’re not always on your phone and not walking around knocking into doors. She’s happy I’ve got rid of it. Whether I get it back I don’t know, it’s not a main part of my life.”