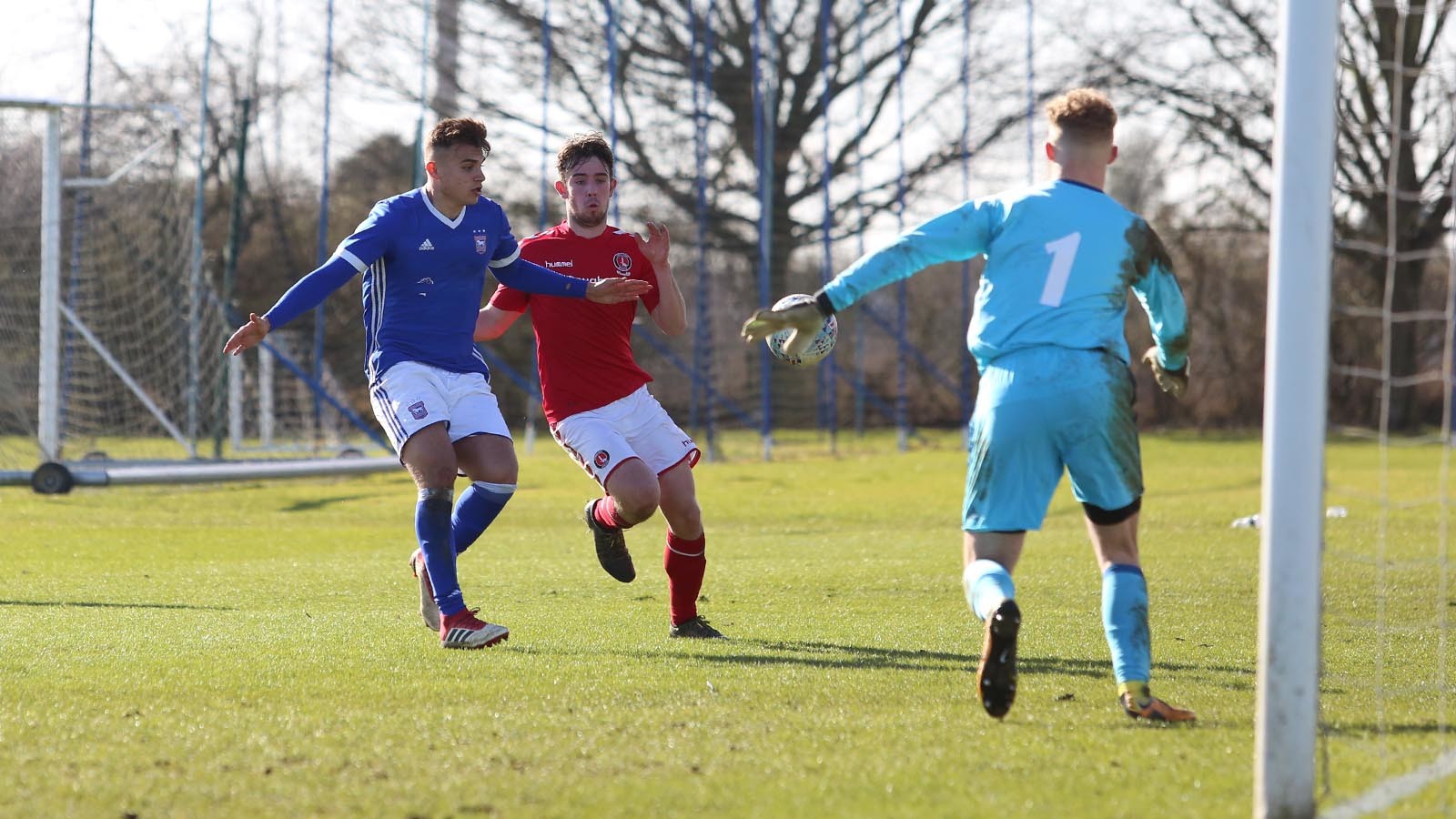 Charlton's U18s made it five Professional Development League 2 South victories in a row by thrashing Ipswich Town on Saturday.

Goals from Alex Willis and Johl Powell had the young Addicks in control at the break, with Luke Carey and Kareem Isiaka adding to the scoreline in the second period.

The victory keeps Sergei Baltacha's and Hamza Serrar's side in contention for an end-of-season play-off place and also means that they have scored 21 goals in their last six matches.

Powell and Isiaka were both denied by Ipswich's goalkeeper in the early stages before Willis broke the deadlock after 31 minutes.

Right-back Dan Birch slipped beyond two Ipswich challenges in his own half, having controlled a goal-kick from stopper Ed Harvey, before sliding the ball through to Willis. The striker raced clear and made no mistake with his finish from inside the box.

Nine minutes later, it was 2-0. Ryan Godding found Powell in a central position and he drove into the box, shifted the ball onto his left foot and picked out the bottom corner.

Carey stung the palms of Town's stopper with a long-range free-kick after the break and, on 72 minutes, the striker got himself on the scoresheet.

Isiaka led a lightning counter attack from an Ipswich corner and, after traveling almost the length of the pitch with the ball, he squared for Carey to tap home from close range.

Charlton made it 4-0, with 10 minutes remaining. After Powell had won possession in the centre circle, he found Godding who, in turn, put Isiaka in on goal and he slotted the ball under the goalkeeper to complete the rout.