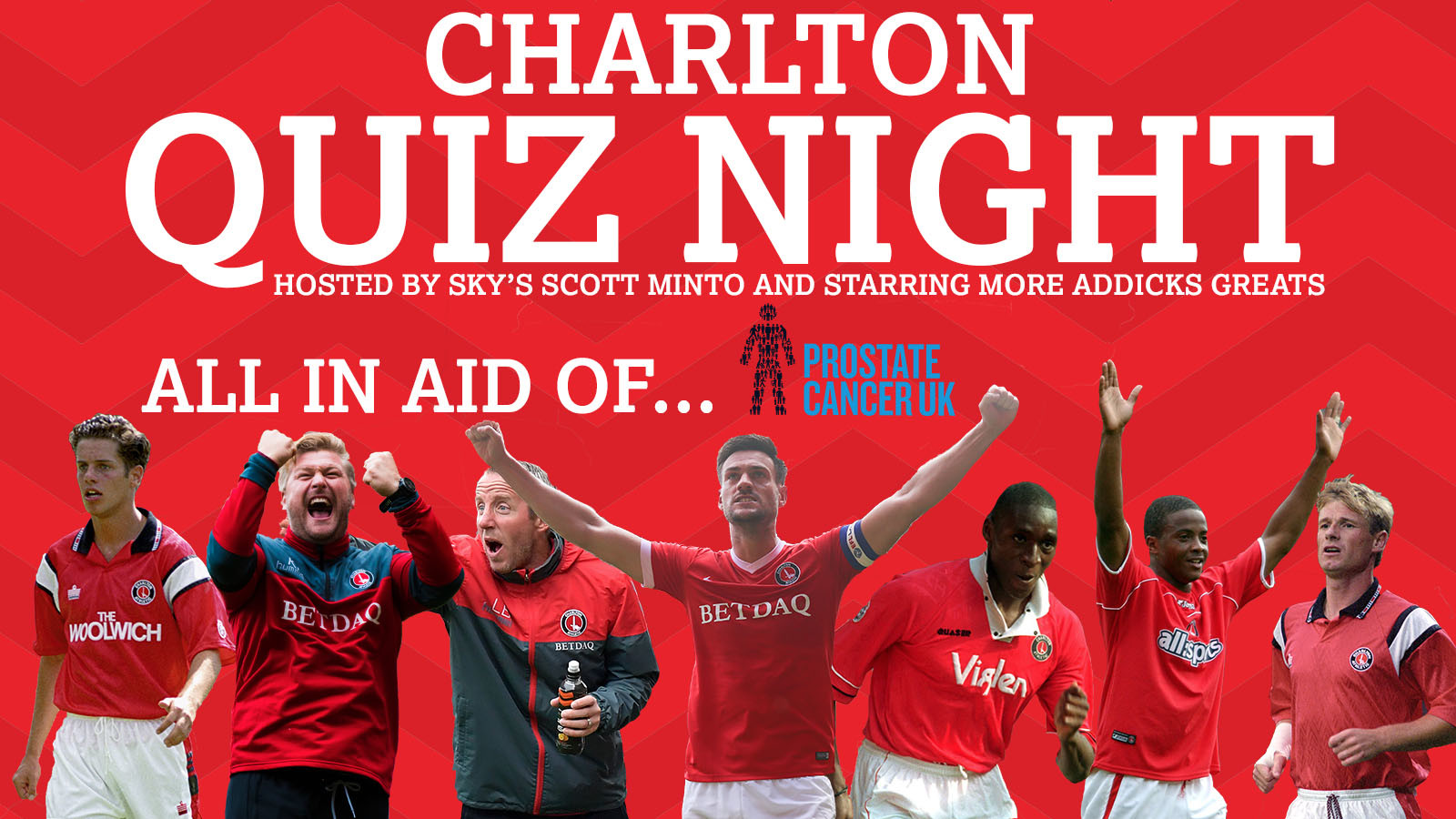 Tickets for Monday's Charlton Quiz Night in aid of Prostate Cancer UK have now sold out!

Hosted by Sky Sports' Scott Minto, the event is being hosted at The Marriott Hotel in Bexleyheath and will feature traditional pub-quiz rounds as well as its own dedicated Charlton rounds.

A host of former Addicks greats, and Karl Robinson and his backroom staff, will be competing, giving those attending the chance to test their pub-quiz and Charlton knowledge against them.

Prostate Cancer UK's annual London to Amsterdam bike ride will see 18 members of staff from the club and Charlton Athletic Community Trust take part in the 145-mile cycle. Legends Minto, Bob Bolder and Garry Nelson will also be braving the cycle and 100 per cent of the money raised through next week's quiz will be donated to the charity.

Charlton's Player Liaison Officer Tracey Leaburn, whose father passed away from prostate cancer, said: "This charity is obviously very close to my heart, and myself and the Charlton team that are cycling to Amsterdam are all working very hard to make this event a great success.

Prostate cancer is the most common cancer in men, affecting one in eight in the UK and one in four black men in the UK. It's a huge issue that cannot be ignored. One man will die from prostate cancer every 45 minutes in the UK, which equates to over 11,000 men a year. Based on current trends, this number will rise to over 14,500 men a year by 2026 if nothing is done.

Supporters who were unable to get tickets for the event who would like to donate to Team Addicks can do so by clicking here.