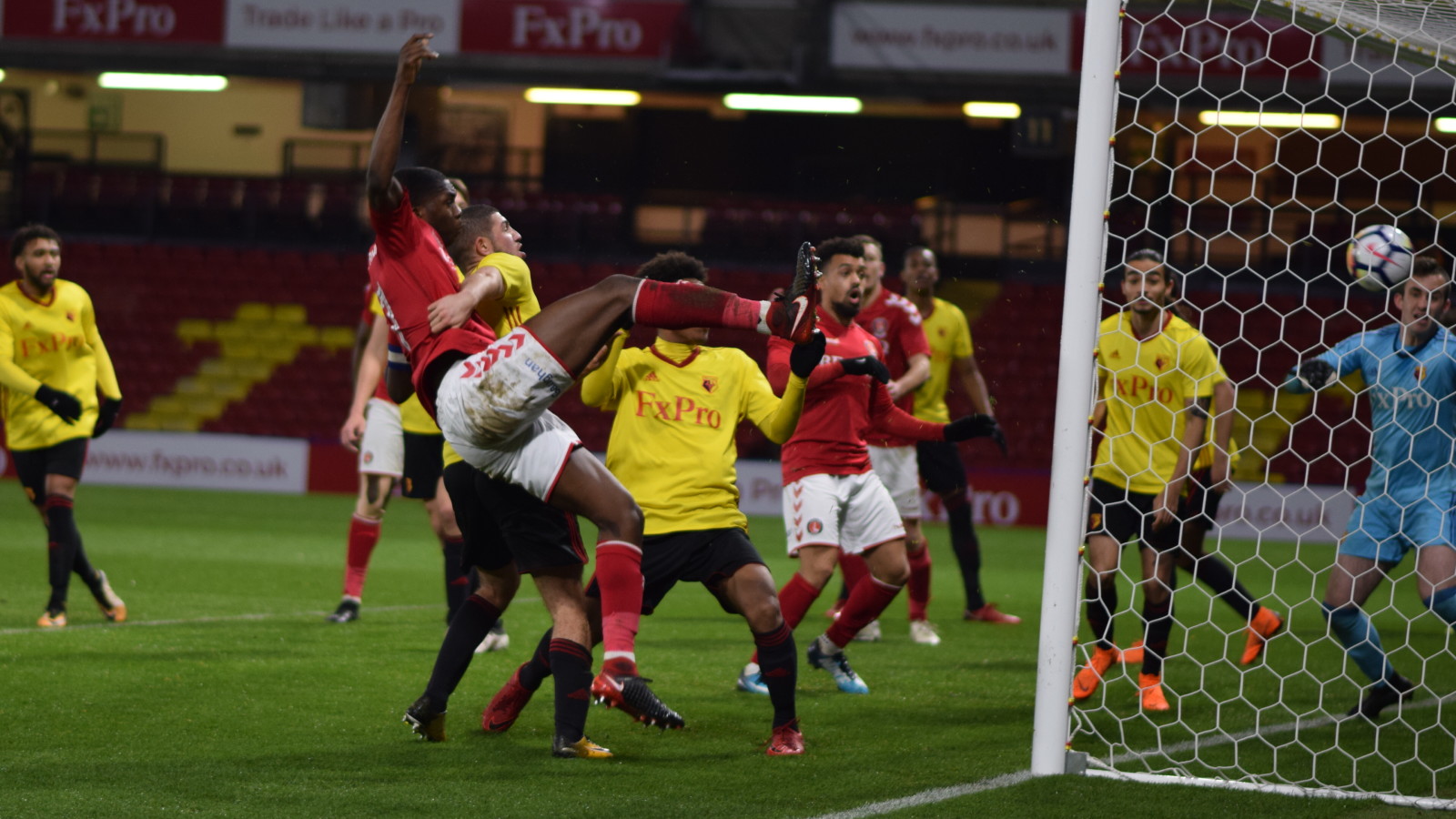 Charlton’s U23s earned a third league win on the bounce by coming from behind to beat Watford at Vicarage Road on Monday evening.

HIGHLIGHTS: Click here to watch all the action on Valley Pass...

Jason Euell’s youngsters found themselves behind at the break after the hosts had netted a penalty, but skipper Anfernee Dijksteel proved to be the hero by bagging a second-half brace to secure all three points for the Addicks.

Jason Pearce and Lewis Page both started to get some vital minutes under their belt, while fellow first-teamers Johnnie Jackson and Nicky Ajose also took their place in the starting lineup, but it was the Premier League club that took the lead when Ashley Maynard-Brewer brought down Dennon Lewis in the box.

The Hornets forward took the penalty himself and converted from 12 yards to put his side into a 10th-minute lead.

There was very little in the way of clear-cut chances during the first half. Jackson sent a dipping volley over the bar from distance, before testing the keeper with another effort from a similar distance soon after.

It was not until the second 45 that the visitors began to turn the screw. Jackson came close again when his poked effort from six yards was headed off the line and Joshua Umerah showed good tenacity to close down a clearance, before curling a low shot inches past the post.

And the Addicks’ good play was finally rewarded in the 68th minute thanks to Dijksteel who ghosted in at the back post to hook home a corner which was flashed across the face of goal.

Regan Charles-Cook forced the hosts’ stopper into a smart save with a well-taken free-kick as the game approached the latter stages and Charlton finally grabbed a deserved winner with six minutes left on the clock.

A corner was only half-cleared as far as Charles-Cook who floated in a delightful cross from the right which was met by the leap of Dijksteel and his unstoppable header which flew into the top right-hand corner from 12 yards.

The victory thrusts Euell’s side into second place in Professional Development League 2 – South, one point ahead of third-placed Coventry City, with a game in hand on the Sky Blues.