Robinson on takeover, Richard Murray, leaked video and how this season compares to MK Dons promotion 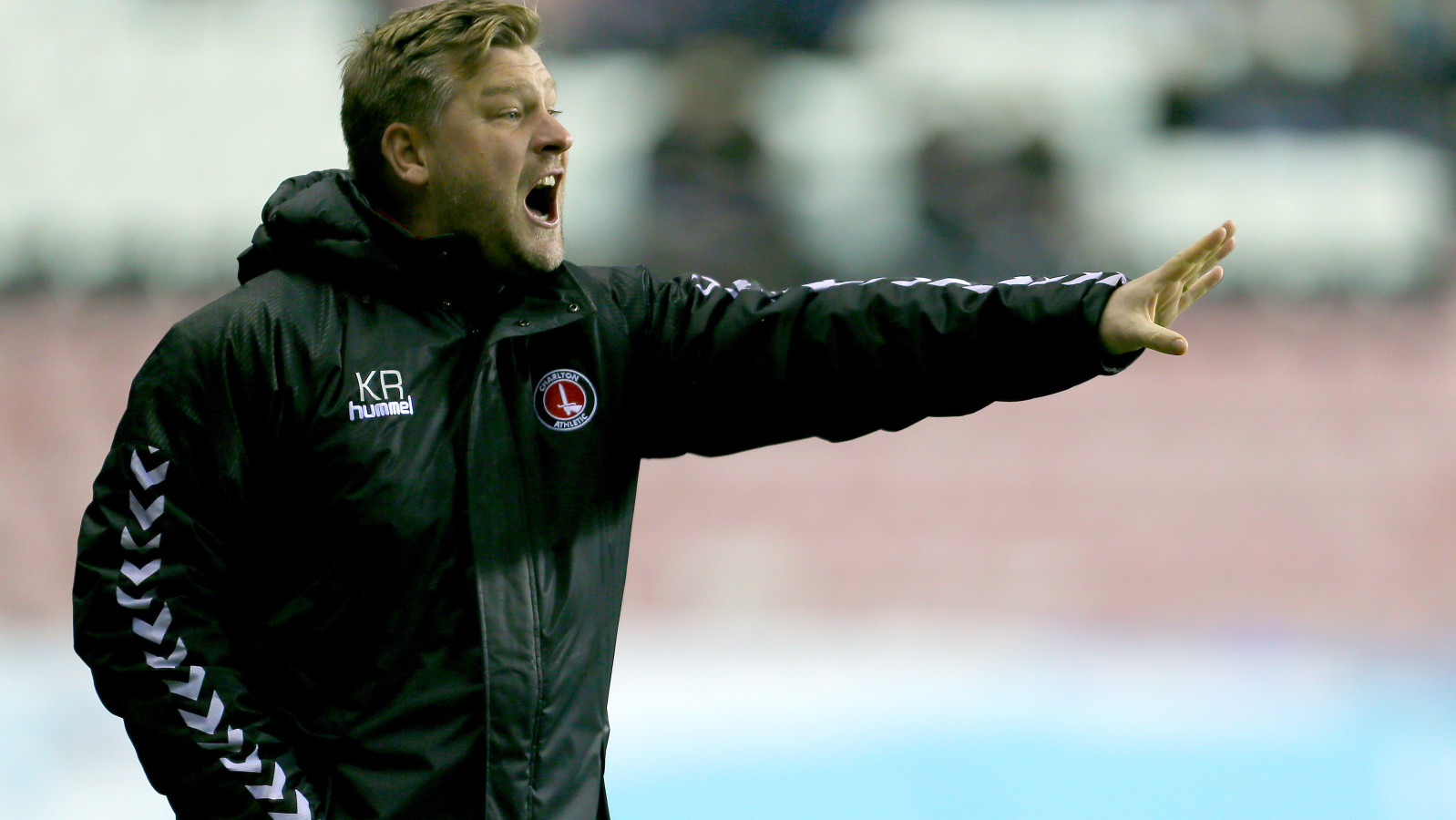 Karl Robinson spoke to the local press this morning ahead of Saturday's game against Peterborough United.

Below are five talking points from his press conference.

On how this season compares to previous seasons for him...

"This has been an unbelievable learning curve for me. In three transfer windows we’ve probably not spent half of what every other (recent Charlton) manager has spent in one. We’re working under completely different circumstances. The average age of the team is younger. The squad is younger. It’s a lot more streamlined and one thing you can guarantee from now on, this football club will have a platform to move forward. What we’ve already achieved here as staff is up there for me with getting promoted (with MK Dons). Because this was as hard as I’ve ever had it. We’ve lost games, we’ve made mistakes, I’ve made mistakes but I’ve always tried to be honest with everybody. We have a style now, we have a way, an aggressive way of doing things. There are things in place that will be here forever that weren’t here."

"It is what it is now. Injuries, suspensions, games, so what? This is the best part of the year. This is the bit you get excited about. You get round to this bit and I love, I love it. This is the bit where you see who will stand up and be counted."

On a potential takeover...

"All I can tell you is what you’ve probably already read. That there has been two parties that have agreed a price. I don’t have a clue who they are. I’ve not met anybody, I don’t know who anybody is. We await news. It’s been hard, it’s been a difficult process but we’ve hopefully kept our head above the water. I’ve tried to be as honest as I possibly can with you (the media). Unfortunately no news. Sometimes, no news is good news."

"I think when fans ask for an update – fans up and down the country, not just here – they feel like they deserve more of an honesty from the football club to know where the football club actually is. The problem with that is, you’ve got someone who is man enough to stand up and actually front that, if something happens that is out of his control, he is the one left with egg on his face in some ways and that’s not fair.

"It’s what he (Richard Murray) was told and he was trying his best by giving the fans what they need (the updates in January). He knows how important the fans are to this football club. He knows that they like the fact that they know what is going on. The fans have played an unbelievable role in not only supporting the football club but in being where we are today. I think that they’ve had a difficult time and he’s tried to be as honest as he possibly can."

On the video that the club commented on yesterday...

"That behaviour is never to be condoned. They are role models at the end of the day.

"The disappointing thing for me and the bit that angered me is somebody, when they wrote the report, said an insider said it had caused friction in certain groups. That's a lie, that's a lie. And that is unacceptable for somebody to say that someone here has said that when Dillon Phillips and Josh Magennis were roommates.

"So it's obviously someone trying to create something internally that isn't there.

"We don't hang our washing out in public but it's something we deal very firmly with."