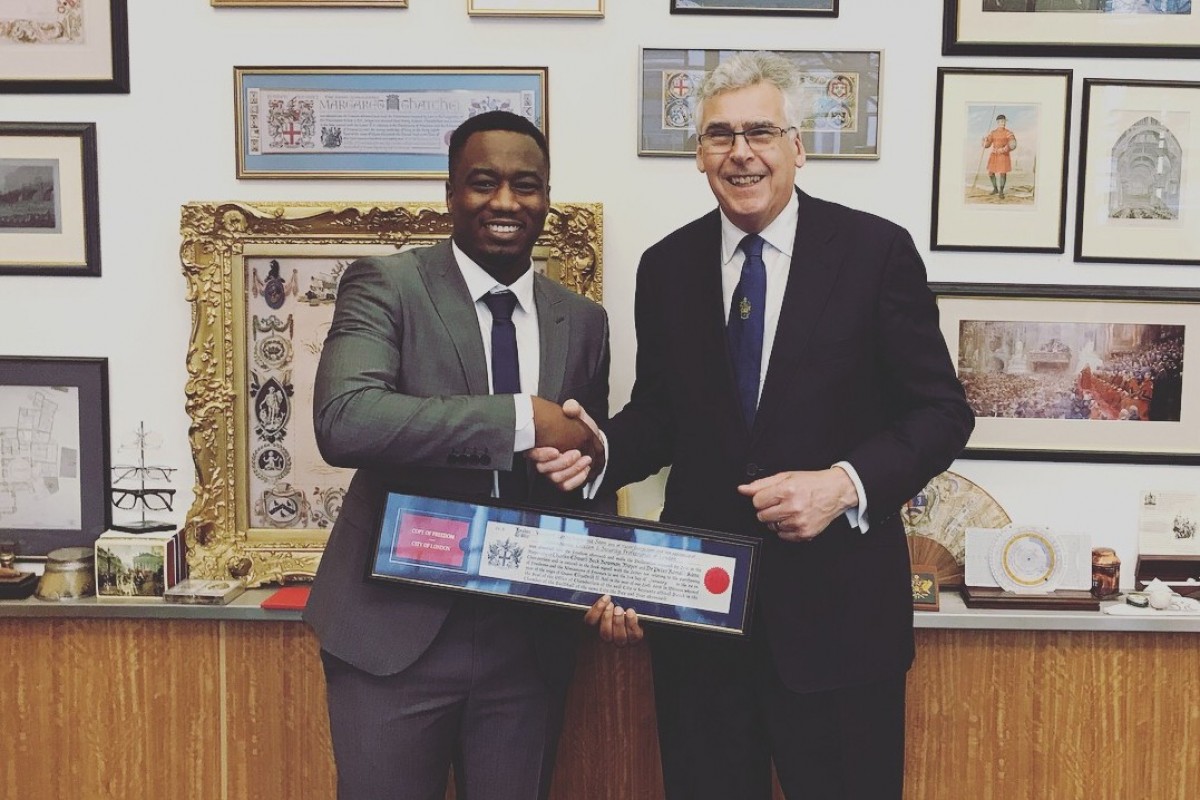 A participant in the first Charlton Athletic Community Trust (CACT) National Citizen Service (NCS) programme has received a prestigious award in the City of London.

Vincent Sam, who graduated from NCS in 2011, has been granted Freedom of the City of London, the highest honour the City can bestow.

Vincent worked as an apprentice at The Worshipful Company of Security Professionals. He studied at Bexley Business Academy (now Harris Garrard Academy) and later gained a 2:1 degree from Aston University. Vincent now works as an Area Manager for Amazon.

“Watching him achieve his Freedom of the City, I saw the future of our Company and I realised just how important our Apprentice scheme is in stimulating our sense of tradition and future history in the young men and women who will take our Company onwards and upwards”.

Neville added that Vincent had been selected from his cohort of Business Management pupils for an outstanding paper and said he had then “seen the boy become a confident young man” who excelled in both his work and his studies.

“I’m extremely grateful to have been honoured with the Freedom of the City of London. My introduction to the Square Mile has had a huge part to play in my growth over the last four years and I’m sure there’s still plenty more to explore.”