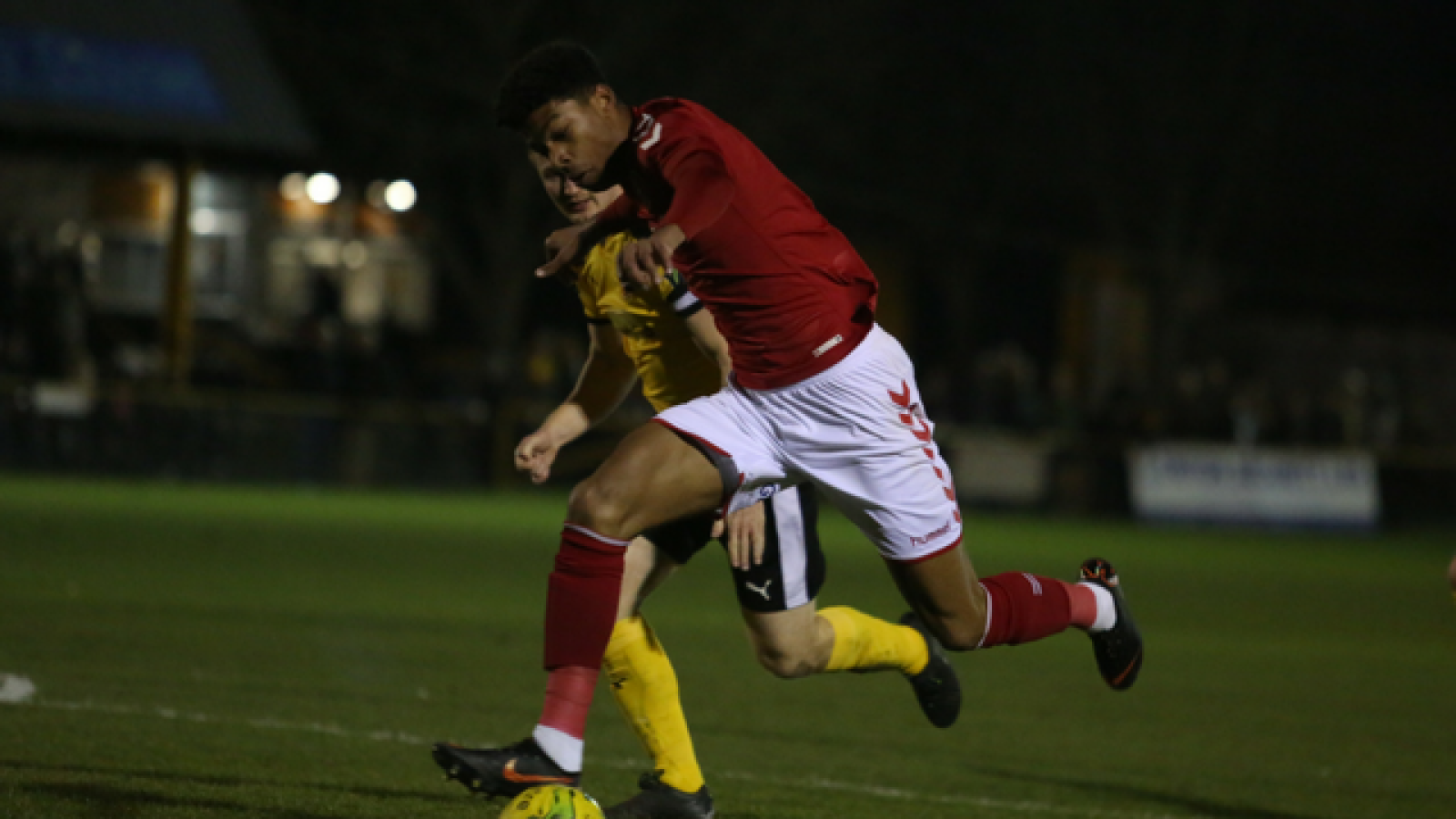 Charlton’s U23s exited the Kent Senior Cup on Wednesday evening following a 2-1 defeat to Folkestone Invicta at the Fullicks Stadium.

The Bostick Premier Division table-topping home side came from behind to cancel out Albie Morgan’s opener to secure their place in the final against Maidstone United as the young Addicks bowed out of the competition at the semi-final stage for the second consecutive season.

Reeco Hackett-Fairchild registered the first shot on target of the evening after six minutes when he cut in from the left to send a low effort towards stopper Tim Roberts who did well to get behind it to keep it out.

And despite the hosts seeing much of the ball in the early exchanges, it was the Addicks who took the lead on 23 minutes.

With a swift counter-attack under way, Hackett-Fairchild broke into the box and pulled the ball back for the on-rushing Morgan, who drilled a powerful shot home from 12 yards.

10 minutes later, Folkestone came close to equalising when a floated left-wing cross was met by Joe Taylor’s close-range header, but Jordan Beeney was equal to it in the Charlton goal, pulling off a fine save to maintain his side’s lead.

It would not be long, however, until the hosts did restore parity as Johan Ter Horst was allowed space to jink into the box from the left and finish into the bottom right-hand corner, drawing level in the 36th minute.

The home side made a positive start to the second half and should really have taken the lead on 53 minutes when a corner was met by Ade Yusuff’s free header from just three yards out, but the Invicta number 10 could only nod the ball off the top of the crossbar, much to the relief of Jason Euell’s youngsters.

Beeney made another impressive stop before the hour-mark to keep the scores level when he managed to keep out Josh Vincent’s point-blank volley and he was right behind Sam Hesler’s vicious free-kick with 12 minutes remaining.

But with seven minutes left on the clock, the hosts netted what would prove to be the winner through Kieron McCann who rifled in a low, well-struck shot from the edge of the box.

In truth, it was no more than Folkestone had deserved from their second-half showing and the Addicks’ development squad will now turn their attentions to securing a top-two league finish and a place in the Professional Development League Two play-offs.