VALLEY REVIEW | Pearce leading the way for visit of Plymouth 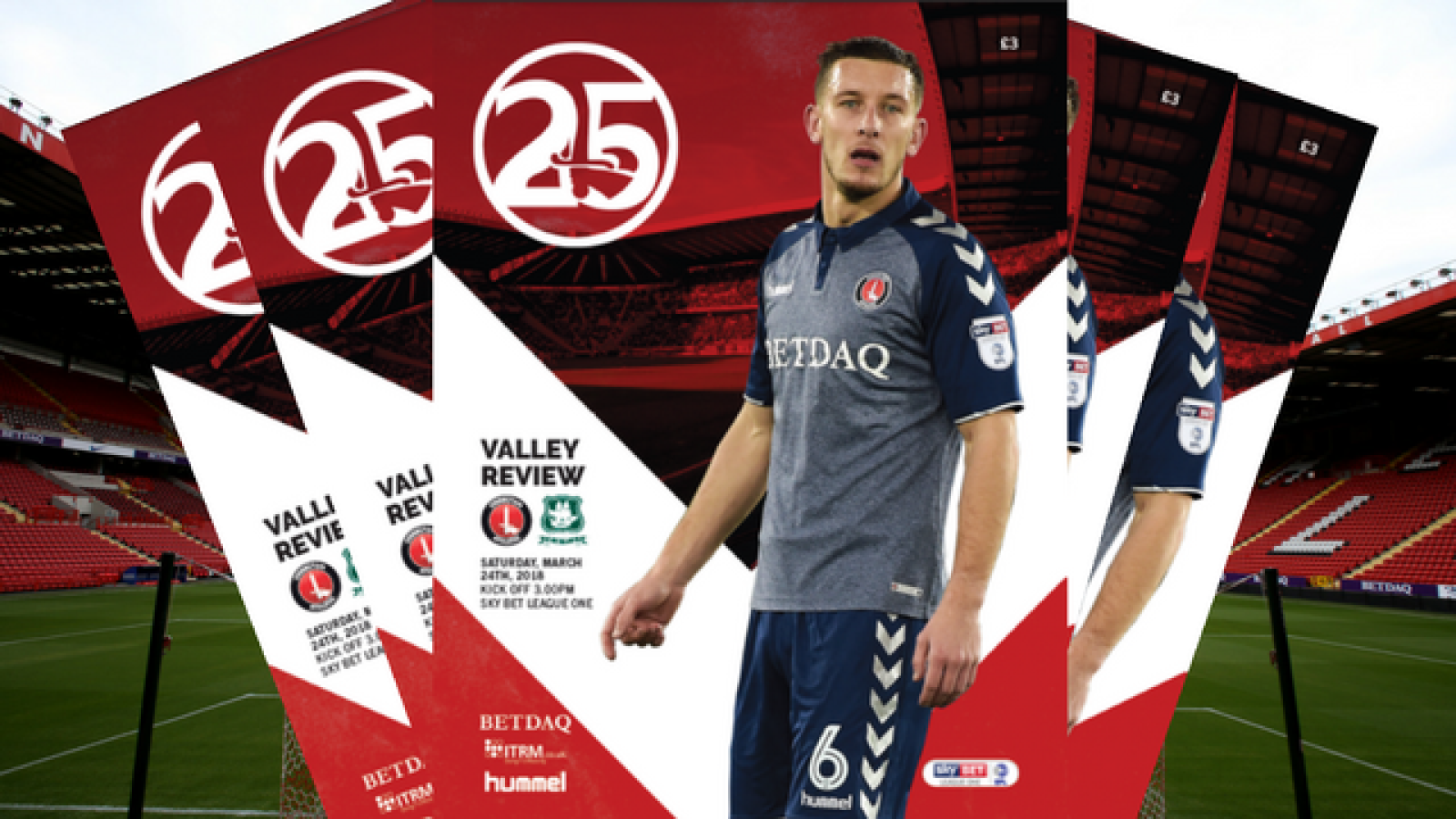 Jason Pearce stars on the cover of Saturday’s official matchday programme for the visit of Plymouth Argyle.

The talismanic defender has had a frustrating season on the injury front, but is back in action and ready to lead the Addicks as they look for a strong finish to claim a place in the top six.

And in his feature interview, he discusses his belief that his side still have what it takes to reach that goal. Pearce also speaks about the important role the fans will have to play in these last 10 games and what he has learned from his former boss Eddie Howe as he begins to think about a future on the touchline.

Meanwhile, Lee Bowyer pens his first notes as Caretaker Manager following the departure of Karl Robinson, while all the candidates for entry to the 2017/18 Hall of Fame are profiled as supporters vote for who they want to see take their place on the board in the Charlton Museum.

Valley Review’s look back at the most memorable moments in SE7 over the past 25 years continues with the day the Addicks lifted the League One title in 2012 and all the latest academy action is rounded up with reports form the U18s and U23s’ most recent fixtures.

All this and more can be found in Valley Review which is available to purchase from in and around the ground on Saturday, as well as in the Valley Superstore for £3.

Valley Review subscriptions are available for the 2017/18 season with every remaining issue delivered to your door. Email lewis.uphill@cafc.co.uk or call the Ticket Office on 03330 14 44 44 for more information.

The club’s 2017/18 handbook is also available to purchase from both the Superstore and the Ticket Office for £5.