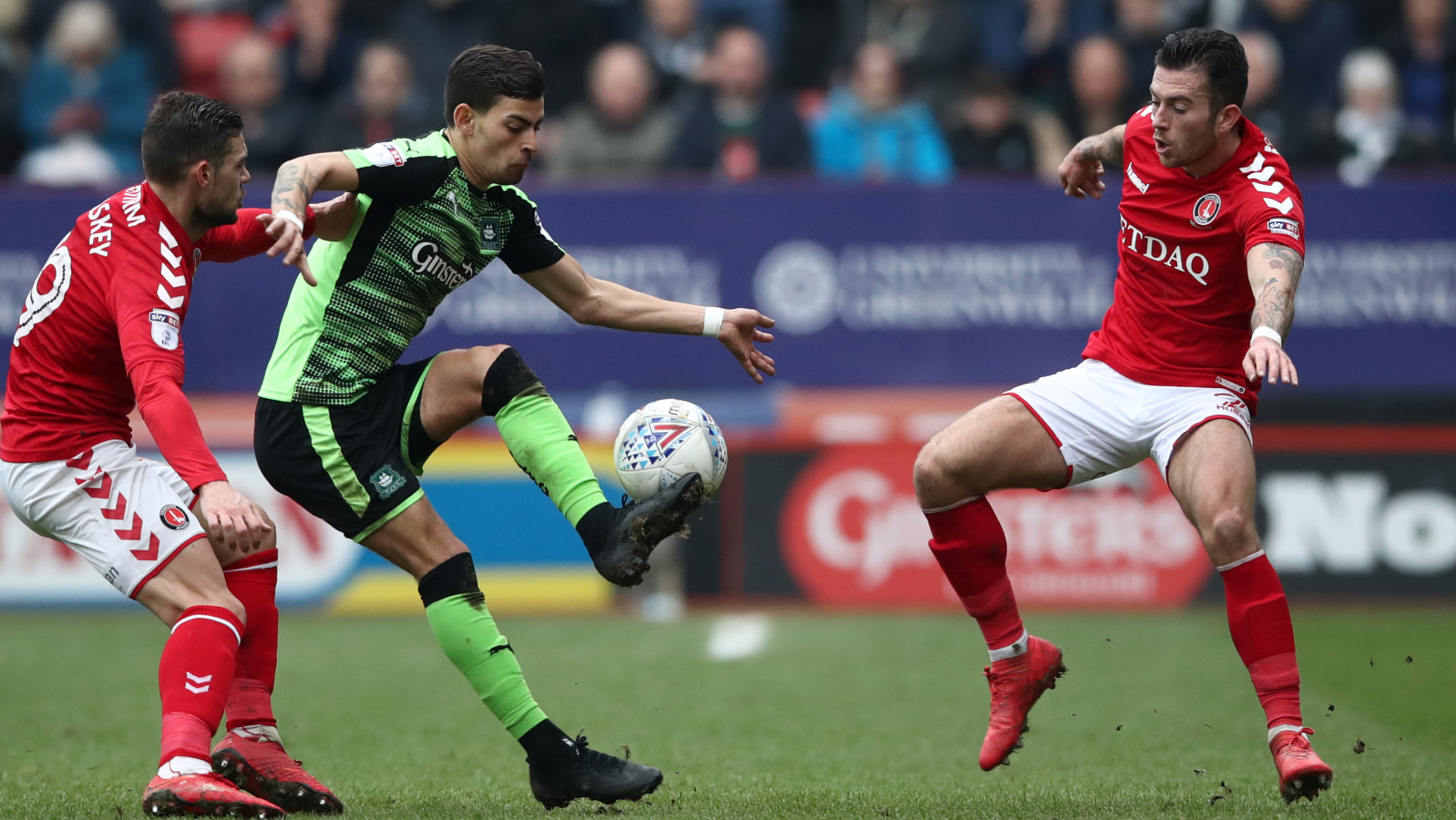 Lewis Page was delighted to open his Charlton account against Plymouth Argyle at The Valley on Saturday, having endured a nightmare year.

The full-back hammered a stunning strike into the net with just three minutes played to put the Addicks on their way to a crucial three points in Sky Bet League One.

Since joining the club in January 2017, Page has had a torrid time with injures and he was over the moon to have marked his first Valley start in over a year with the goal and the three points.

"It's been the toughest 12 months of my life, being out for over a year," he said. "I obviously came back against Blackpool but then got concussed, so it's not been ideal.

"To be out there today was brilliant, the fans were fantastic and the goal just topped it off. I had so much adrenaline in me towards the end that I ended up with a bit of cramp, but it was a great day!

"I'd like to thank a lot of the fans for being patient with me. They see that I'm out injured all of the time but they have been great with me, so I can't thank them enough."

Page rocketed a strike into the top corner from 22 yards to fire the Addicks in front early on, with Michał Żyro doubling their advantage on 16 minutes.

On the opener, Page said: "I saw everyone running out to me and I thought 'I have to deal with this' because had they counter attacked we would have been in trouble.

"I took it down, it fell nicely for me and so I thought 'why not?'. I did something similar in training last week and I was so happy to see it fly in!"

Page said: “He's been fantastic with us during the last week or so in training. We were all a bit, not down, but it was a difficult situation for the club and Bows has stepped up and given us a new lease of life.

"He told us to go out and enjoy it, get the win and be men out there. We did, which was great.

"Plymouth were on a great run and we had been struggling. It was important for us to get the win and it was a real six-point game. It stamps our authority on things, we needed it and now hopefully we can push on into the play-offs."

More on cafc.co.uk: Bowyer: "We showed what we can do"