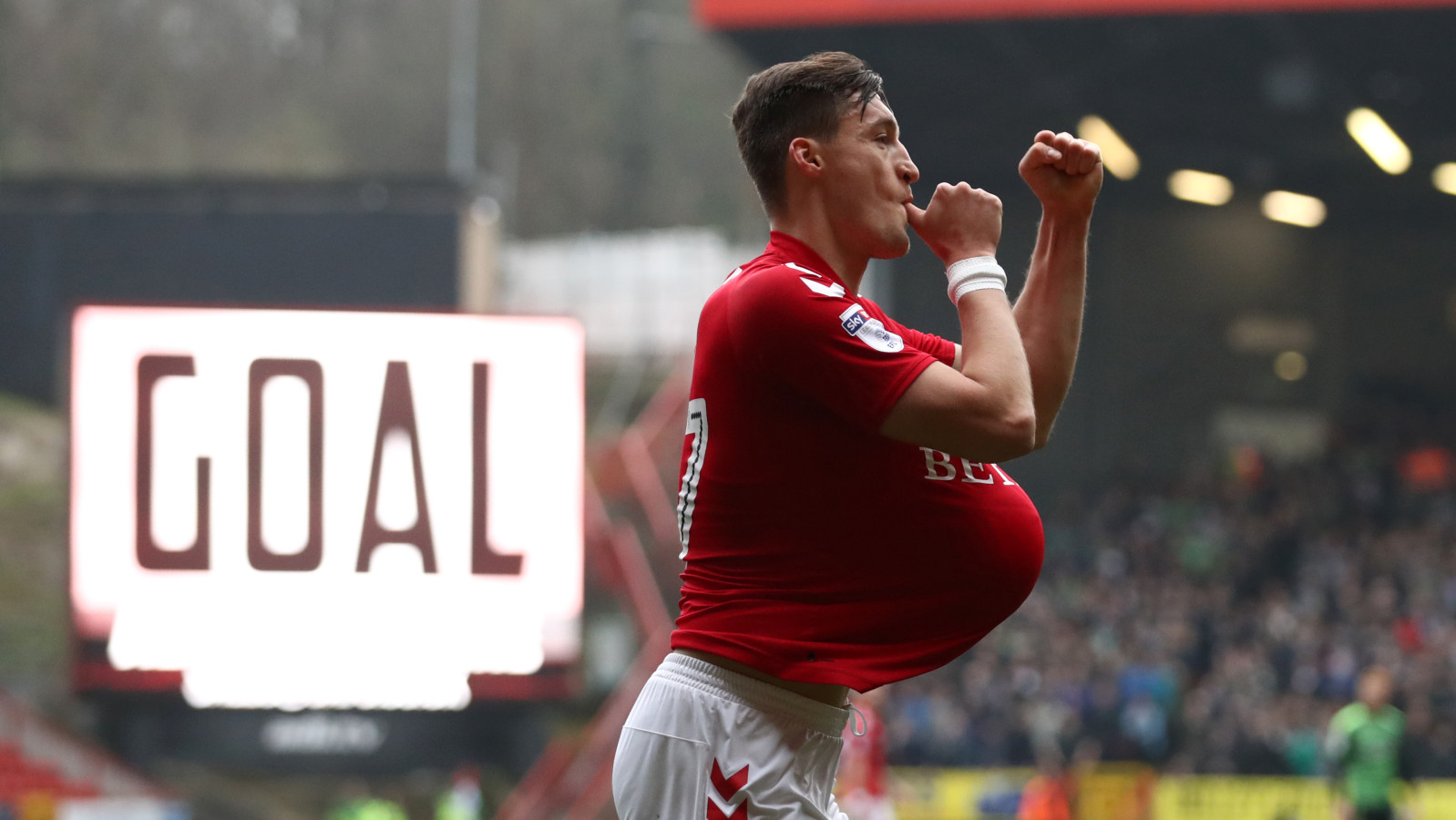 Striker Michał Żyro says that he and Nicky Ajose are hungry for more goals.

The Wolves loanee linked up brilliantly with Ajose during Saturday's 2-0 victory over Plymouth Argyle, and scored his side's second goal by heading home a Joe Aribo cross on 17 minutes.

The front two combined in a new-look 4-4-2 formation and Żyro says that, when Charlton head to Northampton Town on Good Friday, they will both be hoping to hit the net.

"Nicky and I started together for the first time," Żyro said. "Mentally, we are hungry about playing and enjoying football.

"Every player wants to play - I signed on loan to play games. I didn't expect to play for 90 minutes from the first game because I didn't play for a long time before [due to a serious knee injury].

"I just expected a chance for 20 or 30 minutes. Now it's good. Saturday was my second Charlton goal and I need to keep going and keep my health and be ready for Northampton on Friday."

Żyro also praised caretaker boss Lee Bowyer, who switched to the 4-4-2 system for his first match in change.

He said: "We changed our mentality a little bit and I felt we were fighting all the time against Plymouth.

"Every player gave 100 per cent and we scored two goals. We need to keep [more] clean sheets and we'll be all good."

Żyro's wife is six-months pregnant and he celebrated his goal but putting the ball under his shirt and running towards where she was sitting.

He said: "Our baby is due in the middle of June.

"It's the first time I've done that celebration. I wanted to do it in a home game because my wife is always in the stands watching. It was really nice to have the chance to do it."