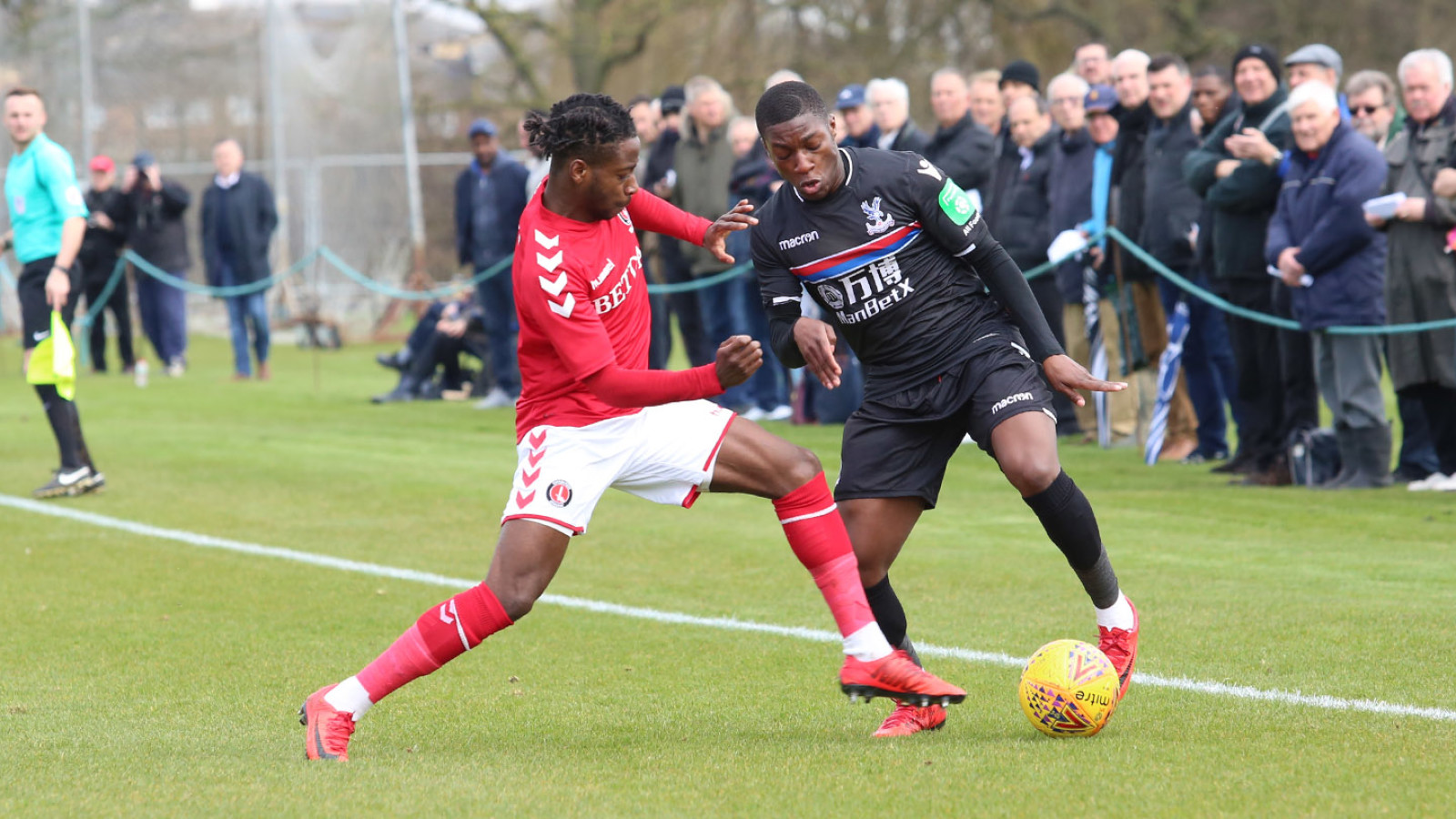 The Addicks twice came from behind to level the scores - through goals from Josh Umerah and substitute Alfie Doughty - but a Jason Lokilo penalty won all-three points for the Eagles.

Palace missed a good chance to break the deadlock inside the first minute when Sean Robertson crossed to the far post but, in the middle, striker Connor Wickham could only stab wide from six yards.

Levi Lumeka blazed shot over from a tight angle with 19 minutes gone and, 60 seconds later, Wickham did likewise, having chested down a right-wing cross.

Taylor Maloney fired a shot between the posts but over the crossbar midway through the first half for Charlton but 10 minutes before the break Palace took the lead.

Kenneth Yao got in a brilliant block to deny Wickham from a Lumeka cross but the loose ball dropped kindly for the Eagles forward, who buried his finish from six yards.

A swift Charlton counter attacked ended with Ben Dempsey shooting into the arms of visiting stopper Joe Tupper on the stroke of half-time and, just before the break, Hackett-Fairchild aimed a shot at goal that Tupper gobbled up.

The Addicks levelled a minute into the second period. The ball was crossed towards the back post where Umerah was waiting and he fired home with his left foot.

Dempsey zipped a powerful shot a yard wide of Tupper's goal, as Charlton continued their bright start to the second period, but Palace retook the lead on 63 minutes.

A low cross from the left was only half cleared an unfortunately for the Addicks the loose ball ricocheted off a man in red and bobbled into the net.

Tupper kept out a close-range Zemura strike, after he had played a one-two with skipper George Lapslie, and on 74 minutes Charlton levelled for the second time.

Zemura played in substitute Doughty on the left and he arrowed a shot into the bottom corner from a narrow angle.

Parity lasted barely five minutes, though, as Palace restored their lead. Ashley Maynard-Brewer and Palace forward James Daly contested a high ball in the box and the goalkeeper was harshly adjudged to have fouled the striker. Lokilo fired the resulting spot-kick into the bottom corner.

Doughty glanced a late header just wide as the Addicks looked for a third equaliser but it was not forthcoming and Palace held on to win.