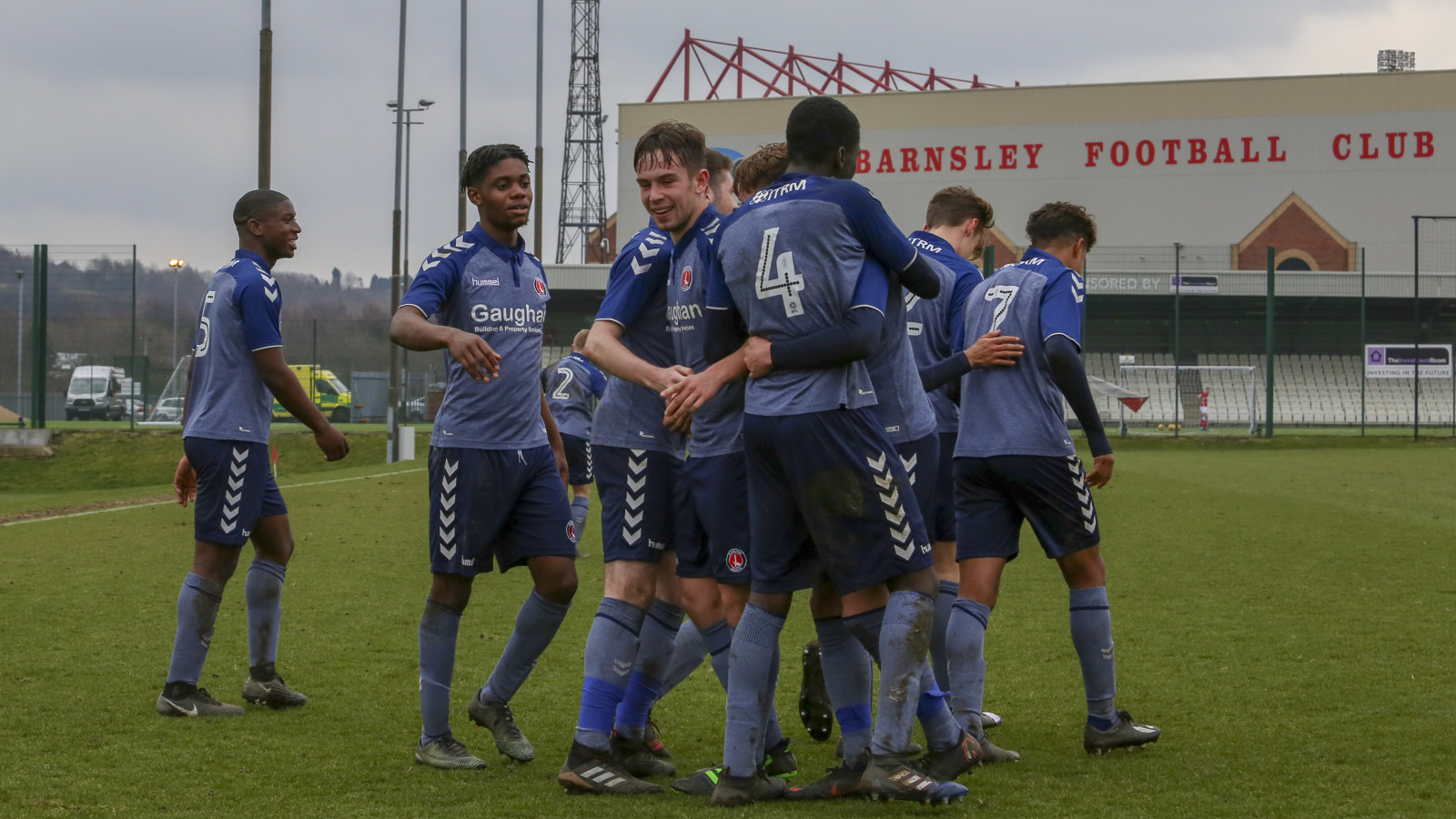 Charlton's U18s came from two goals behind at the break to earn a 5-3 victory in a thrilling encounter at Barnsley on Saturday.

The Tykes took an eighth-minute lead when their number nine turned in a left-wing cross from close range and the young Addicks faced an uphill struggle ahead of the second half when a Barnsley forward poked home from just inside the box after his teammate had rounded goalkeeper Ed Harvey on the stroke of half-time.

It took just one minute of the second period for the visitors to begin their comeback.

Brendan Sarpong-Wiredu scored the first, chesting down a raking pass before lobbing the keeper with a smart, volleyed finish from the edge of the box.

The Addicks were level in the 58th minute when Willis was tripped in the box, leaving the striker to dust himself off and dispatch his powerful spot-kick for 2-2.

The turnaround was complete six minutes later with the goal, once again, coming from a penalty. Sarpong-Wiredu was this time felled.

Although Willis' initial strike was saved by the stopper, he gobbled up the rebound to make it 3-2 and there would be no looking back for Sergei Baltacha and Hamza Serrar's side after that.

Jeremy Sarmiento was next to get on the scoresheet as Charlton stretched their lead with a sumptuous free-kick, which flew into the top right-hand corner from the edge of the 'D' with 12 minutes remaining.

Two minutes later, the Addicks had their fifth. Willis this time turned provider, floating a cross towards the back post which was met by Sarpong-Wiredu's first-time volley and, although Barnsley would pull a third back two minutes later from yet another penalty, Charlton left Yorkshire with all three points.