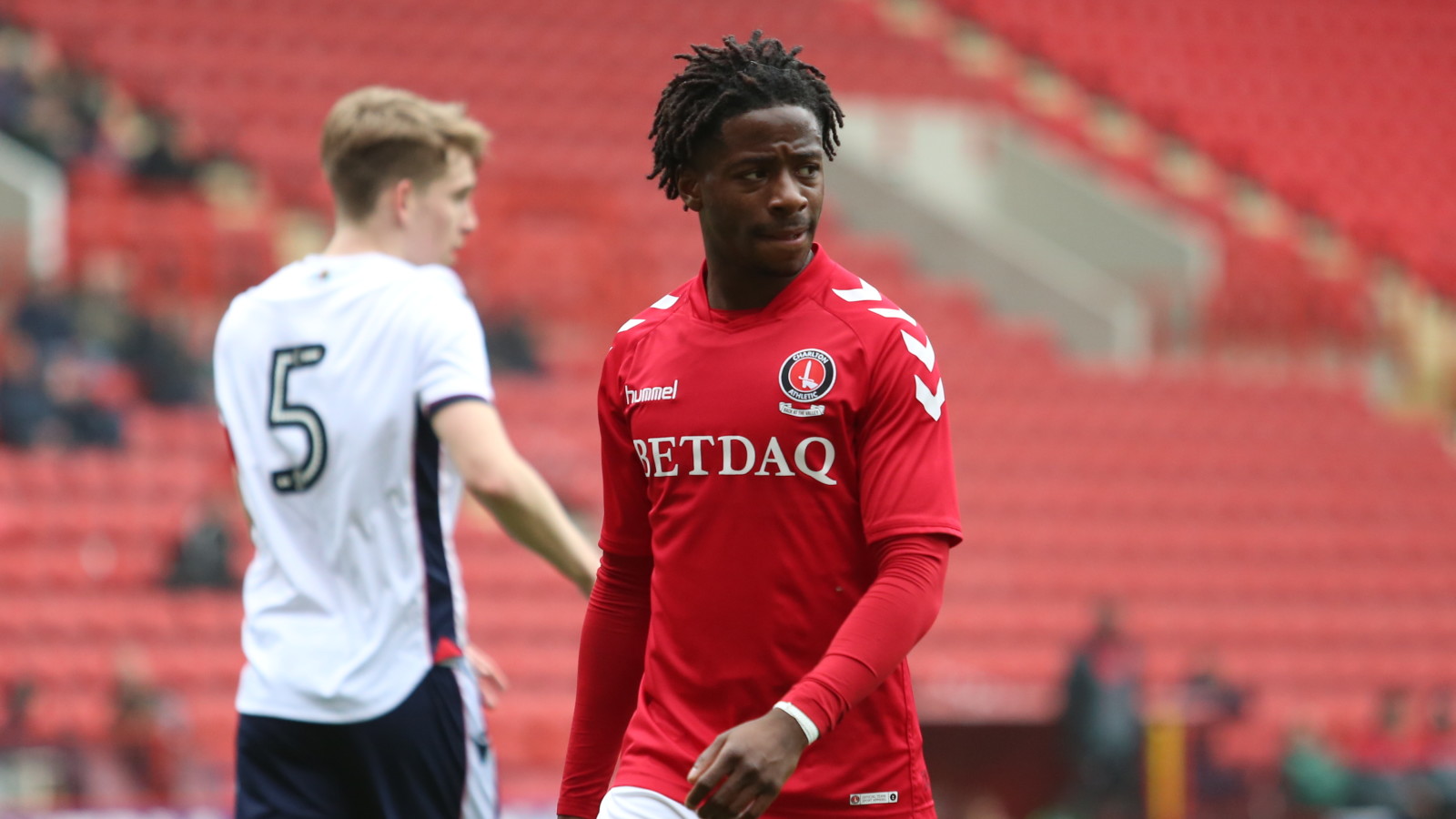 Charlton’s U23s remain well in the hunt for a place in the Professional Development League 2 play-offs after a 3-0 victory over Bolton Wanderers at The Valley on Monday afternoon.

Jason Euell’s youngsters took a one-goal lead into the break thanks to Loui-Michel Yamfam’s strike and dominated proceedings in the second half with Joshua Umerah doubling the advantage, before Brendan Sarpong-Wiredu wrapped up the scoring late on.

The first opportunity for either side came the way of the Addicks early one when George Lapslie floated in a pinpoint cross from the left which was met on the volley by Umerah, but his effort spun wide of the post.

Northern league leaders Bolton came close on 18 minutes from a well-worked free-kick routine which saw a ball squared across the face of goal for Jordan Allen, who should probably have hit the target from 10 yards, but could only skew his effort inches off target.

It was a similar story for Ryan White of the visitors, who had an even better opening to draw first blood while stood unmarked in the box. His close-range half-volley, however, was another effort to miss the mark.

Chances began to rack up for Bolton, but it was the Addicks who took the lead just after the half-hour mark, albeit against the run of play.

After Kenneth Yao had robbed a Bolton defender of possession, he found himself one-one-one, only to be denied by keeper James Aspinall. But the hosts kept the attack alive and the ball finally found its way to the impressive Yamfam, who sent an excellent strike firmly into the bottom left-hand corner from just outside the box.

Bolton continued to waste chances before the break and Dennis Politic was next to shoot wide, this time from just eight yards when a right-wing cross found him unmarked at the back post.

The hosts started the second 45 brightly. Yamfam flashed a brilliant effort just past the post from 25 yards less than a minute after the restart, while Umerah placed a shot narrowly wide moments later. On 58 minutes, Yamfam’s deep cross was headed towards goal by Yao, drawing an excellent save from Aspinall and the Addicks did grab their second from the resulting corner. Doughty put in the killer delivery for Umerah, who placed a cushioned volley low into the back of the net.

Charlton began to turn the screw with both Umerah and Lapslie forcing the keeper into smart saves, while Umerah was again denied by an excellent block in the latter stages, but substitute Sarpong-Wiredu would make sure of a third, latching on to a threaded pass into the box to finish past Aspinall and make absolutely sure of all three points in SE7.