Lee Bowyer on a tough night at AFC Wimbledon, the play-offs and why Charlton will stick together 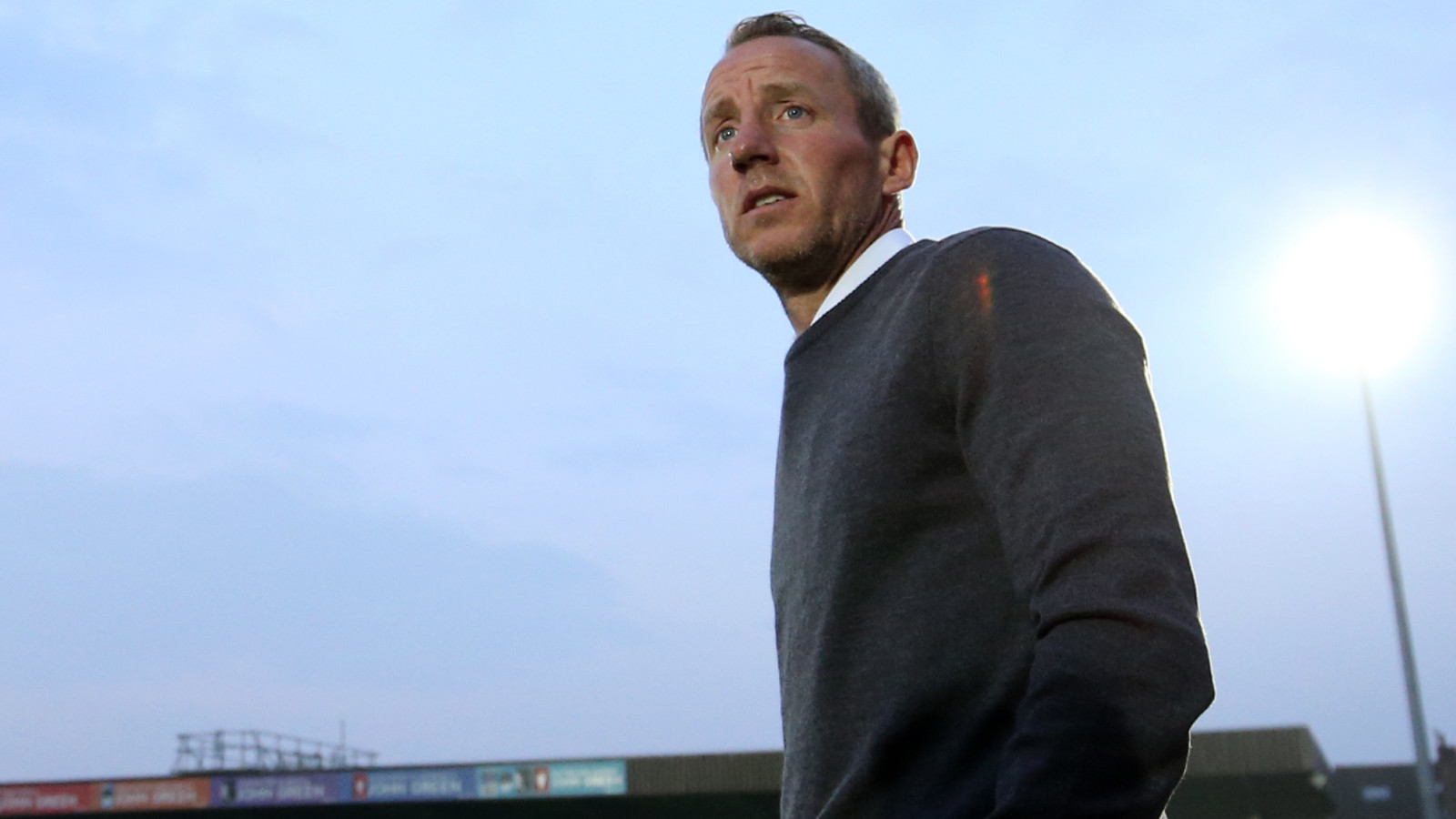 The Dons bagged the only goal of the game in stoppage time at the end of the first half when Lyle Taylor capitalised on a slip from Patrick Bauer before slotting beyond Ben Amos.

The result leaves the Addicks sixth in Sky Bet League One and – with their top-six fate still in their own hands – the caretaker boss says that his squad need to stay positive.

“It was a tough night,” Bowyer said. “We knew what it was going to be like – that’s how they [AFC Wimbledon] play – we prepared for that and they competed better than us.

“We did compete but they were a lot stronger than us, won more balls and the goal has come from a mistake. It was a mistake on Saturday, too, and we have dropped more points because of it. You can’t control mistakes but sometimes they happen.

“We have look at the positive side of things. We’re still in sixth and we have got five games to go. Everything is in our hands but we can’t afford any more slip ups; it’s as simple as that.

“We have to win on Saturday at home and we’ll keep working hard to make sure that we end up with the goal we want, which is to get into the play-offs.”

The Addicks rarely threatened the AFC Wimbledon goal but did come close to scoring when Jason Pearce nodded a second-half header against the post.

Afterwards Bowyer was frustrated with the way his side ‘made it easy’ for The Dons.

He said: “Wimbledon are good at what they do. They stopped us playing as said ‘come and break us down’. There wasn’t much space for us to get onto the ball.

“Up top, we didn’t hold the ball and if you don’t do that then you are never going to get out. Their front man, Taylor, I thought was outstanding and that was the difference.

“We made it easy for them. They only had two men in the middle of the park and we had three, and we were all going into the same areas. We congested everything, which meant their two could control our three.

“We needed to keep more distance but we didn’t. When we passed it, it was too slow. When the switch was on, we did it too late and it was just not a very good performance.”

The defeat was the first of Bowyer’s reign as caretaker boss and, though he admitted is was probably deserved, he is backing his team to bounce back.

He said: “Did we deserve anything from the game? Probably not. It was nowhere near what we have been showing since I’ve been in charge but, as I said, we have got five games to go and I’m still confident that we can achieve what we want to.

“We got to put this behind us. We come in on Thursday and go again. We’ll stick together and get ourselves ready for Saturday’s game.”