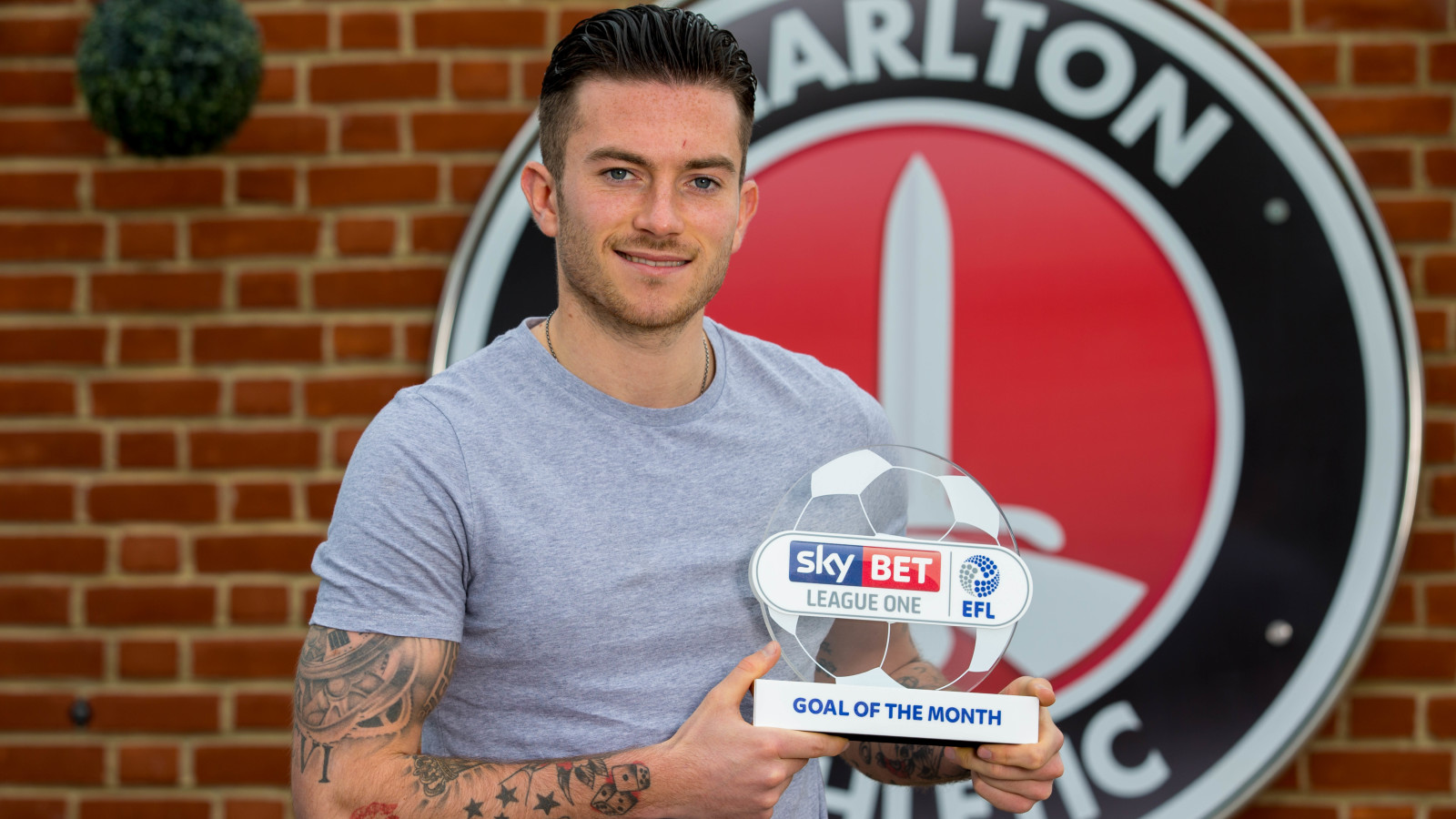 Lewis Page has been crowned winner of the Sky Bet League One Goal of the Month award.

The full-back cracked home an unstoppable strike against Plymouth Argyle last month – the first goal of his senior career – to set the Addicks on their way to a crucial victory in SE7.

Before the Plymouth match, Charlton sat five points outside of the play-off places but now, ahead of Saturday’s crucial game against Scunthorpe United, they occupy sixth spot.

Page’s strike, which earned 47 per cent of the vote, saw off competition from Rochdale’s Steven Davies and Gillingham’s Lee Martin and the Addicks man was delighted to have scooped the accolade.

“That was my first game back at The Valley in a long time and it was nice to start it off like that,” he said.

“I remember bringing the ball down and it fell nicely for me. I thought ‘why not?’ but I don’t actually remember hitting it – it’s only when I watch it back on the video that I can.

“It dipped just below the bar and flew in. It was really nice for me because all of my family were there and it was nice to score for them. The goal gave us a good start and we went on to get a massive win, which we really needed at the time.”

Lead Sky Bet EFL Goal of the Month judge and Sky Sports Pundit Don Goodman said: “Lewis has had a really tough time of it with injuries since joining Charlton, so this goal would have been fantastic for his confidence.

“To score a goal of this quality just three minutes into his first Valley start for over a year shows the quality that he has, and Lee Bowyer will be delighted at the way he’s worked his way back into contention.”

Supporters can watch extended highlights from Charlton’s 2-0 victory over Plymouth on Valley Pass.