Jason Pearce on Charlton setting a benchmark, Portsmouth and scoring at Shrewsbury 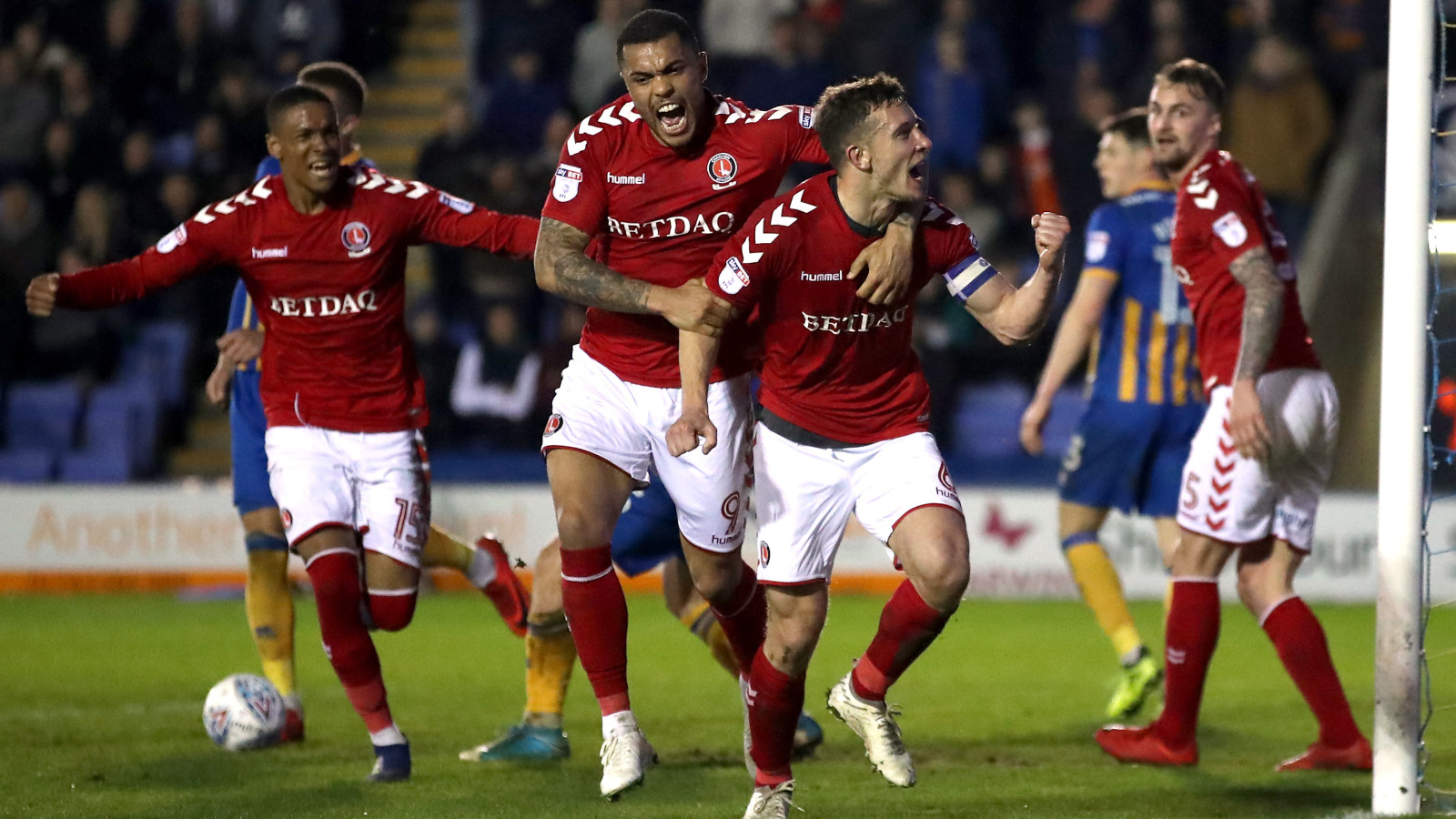 Charlton’s performance in Tuesday’s victory at Shrewsbury Town should set the benchmark for the remainder of the season, says Jason Pearce.

The Addicks put in a superb display against the Shrews and did not allow them a single shot on target throughout the entire match.

At the other end, Pearce and Josh Magennis netted second-half goals to secure a vital three points and now the defender says his side have to stay focused ahead of their remaining three games.

“We can’t drop those levels,” Pearce said. “We have got that focus now and Portsmouth, going to Fratton Park on Saturday, is a massive game and we need to put on a performance.

“Tuesday was about the club and the team. When Bow took over, we showed what we were about for three games and then we had been off it. We have been disappointed as players and the fans have too, and rightly so. On Tuesday, we got together and put on a proper performance and we were delighted.

“We knew before the game that it would be tough. They’d had a little bit more rest than us [having played on Thursday] but we knew we’d have to put on a performance if we wanted to have any chance of getting into the play-offs.

“We have a fighting chance now and we have to keep on improving. I’ve said to the boys that we can’t be messing around. We have to keep focused and head into the next game at Portsmouth – another real tough one – and try to get the three points there.”

The Addicks were beaten 2-0 by Shrewsbury at The Valley earlier in this season. Pearce admitted that the defeat was on his mind before Tuesday’s game.

He said: “That was my first game back after my injury and I didn’t really do myself justice. I wanted to try and put on the right performance, which I know I can do, and I’m pleased for myself and the team.

“It probably was men against boys at The Valley and we proved on Tuesday that we are no pushovers. We have to keep doing that.”

Pearce’s goal was his first of the season and, coincidentally, it came exactly a year after his last strike for the Addicks.

He said: “I had been desperate to score! I think I have scored in every season that I have played and I was leaving it late, but it was an important goal so I am very pleased.

“Jake Forster-Caskey puts some great balls into the box and I should have done better with a chance before the goal.

“There was a free header and I missed the target. I was delighted that one went in afterwards though.”