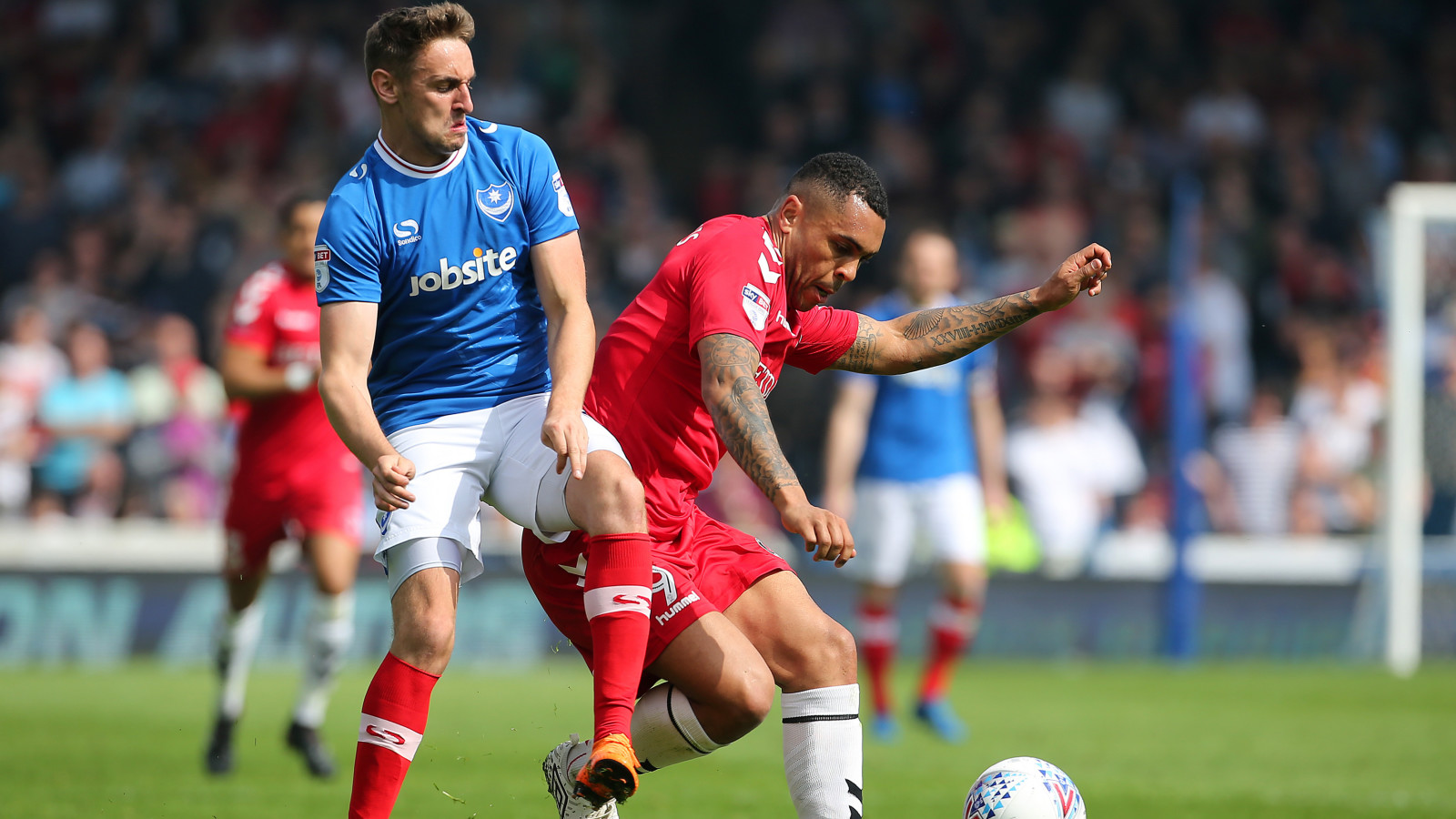 Northern Ireland international Josh Magennis believes that he is reaping the rewards of a break from Charlton’s starting XI.

The Addicks made it back-to-back away victories on Saturday by earning a 1-0 win over Portsmouth at a sold-out Fratton Park.

Magennis provided the assist for Nicky Ajose’s winner and, on Tuesday, he started for the first time under caretaker boss Lee Bowyer and scored Charlton’s second goal in the win at Shrewsbury Town.

The powerful frontman says that he has benefitted from his spell out of the side.

“The atmosphere has been absolutely fantastic around the club,” Magennis said. “Everyone is pulling in one direction.

“There’s a bigger thing at stake here so, being left out, I just had to take that on the chin.

“My legs feel great after back-to-back 90 minutes and now we go Saturday-Saturday to finish off the league season, so we have two full weeks to prepare for the final two games.

“Being on the bench gave me a bit of a rest. It brought that hunger back, especially when you're playing in a team that’s creating chances, and when you're winning, you want to be involved.

“It’s not that you don't feel involved when you're on the bench but it’s a special feeling every Saturday going home, and even more special scoring.”

The Addicks have deployed a front two since Bowyer took over in March and Magennis has praised the impact of the caretaker boss.

He said: “The best thing with Bow is how brutally honest he is. There were a few home truths said when the old gaffer left and he said he needed to change it up.

“Some things are meant to be kept in-house. We’re all adults and if you can’t take a bit of criticism then you’re in the wrong game. I’ve got a great amount of respect for everybody, but we’ll keep what was said behind closed doors.”

Magennis partnered Saturday’s goalscorer Ajose up top at Fratton Park, which saw the pair combine from the start for the first time since last season.

Magennis said: “It was very good. People say big man, small man syndrome. Nicky likes to play on that left-hand side, his game knowledge is very good so when the ball’s coming up to me or him, we linked up very well.

“We put Portsmouth’s back-four under pressure. It’s hard playing up there on your own as a one, you just have to do it for the team. But when you're playing as a two, it makes it a lot easier because defenders are concentrating on both of you instead of one of you.

“It’s great that I’ve been able to spark up a relationship with him in a crucial run-in. So, God willing, it continues into the Blackburn game because that’s going to be massive and then on to Rochdale.”