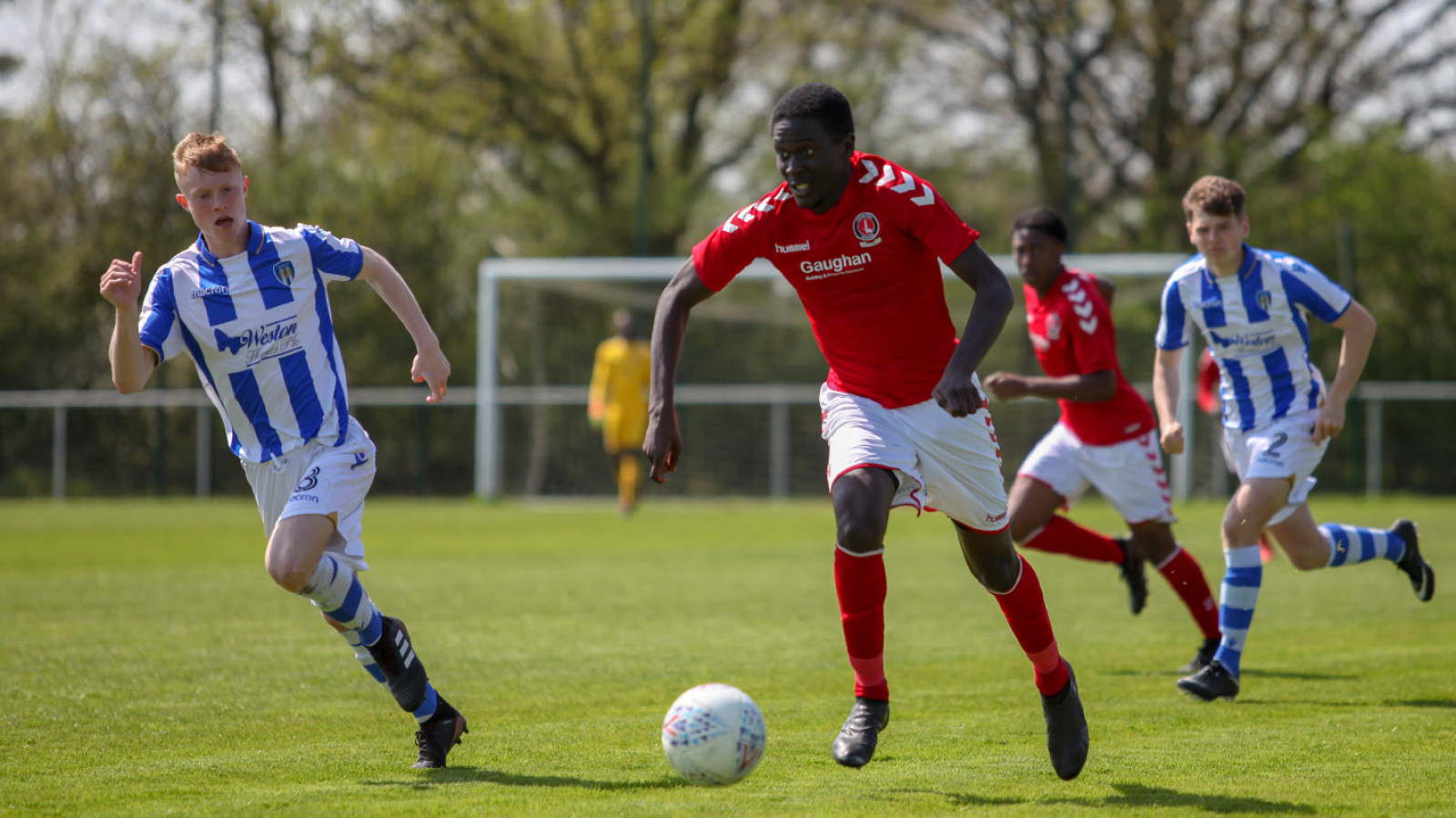 Three goals from trialists and strikes from Jeremy Sarmiento, Jordan Zemura and Brendan Sarpong-Wiredu did the damage, as Sergei Baltacha and Hamza Serrar’s side end the campaign in second place.

They will now prepare for a play-off semi-final against Leeds United, who finished top of the northern league, as they look to be crowned as national champions for the second time in three years.

Charlton grabbed the lead on 13 minutes. Sam Keefe brought the ball out from the back and switched play to the left-hand side where an Addicks trialist crossed for fellow trialist Wilberforce Ocran to head home.

Within five minutes, it was 2-0 and again it was a trialist who got his name on the scoresheet. Jardel Francis-Adeyinka dribbled beyond the challenges of three Colchester men before slotting home from close range.

Sarpong-Wiredu placed a low shot just wide and Keefe headed over from a corner as the Addicks quickly looked for a third but Colchester would be next to ripple the net. Andre Hasanally cut inside from the left flank and his shot deflected in off the unfortunate Sam Nwosu.

Charlton restored their two-goal lead on 32 minutes. Home stopper Kieran Michaels could not hold a Johl Powell strike and Francis-Adeyinka was first to react to bury the rebound.

The Addicks were awarded a penalty at the start of the second period, but Michaels dived the right way to save Sarpong-Wiredu’s strike, and the U’s then pulled a goal back when Noah Chilvers fired home from the edge of the box.

Colchester equalised on 58 minutes. Todd Miller broke the offside trap on the right flank and arrowed a low strike into the far corner but Charlton would go back in front within five minutes.

Sarpong-Wiredu put Sarmiento in on goal and he made no mistake with his finish - coolly slotting home - and Sarpong-Wiredu would also lay on the Addicks’ fifth.

This time he picked out overlapping full-back Jordan Zemura and he slammed the ball into the top corner from a tight angle to make it 5-3.

Sarpong-Wiredu would get a goal of his own a minute from time. Sarmiento jinked beyond two men on the byline and cut back for the midfielder, who picked out the bottom corner.