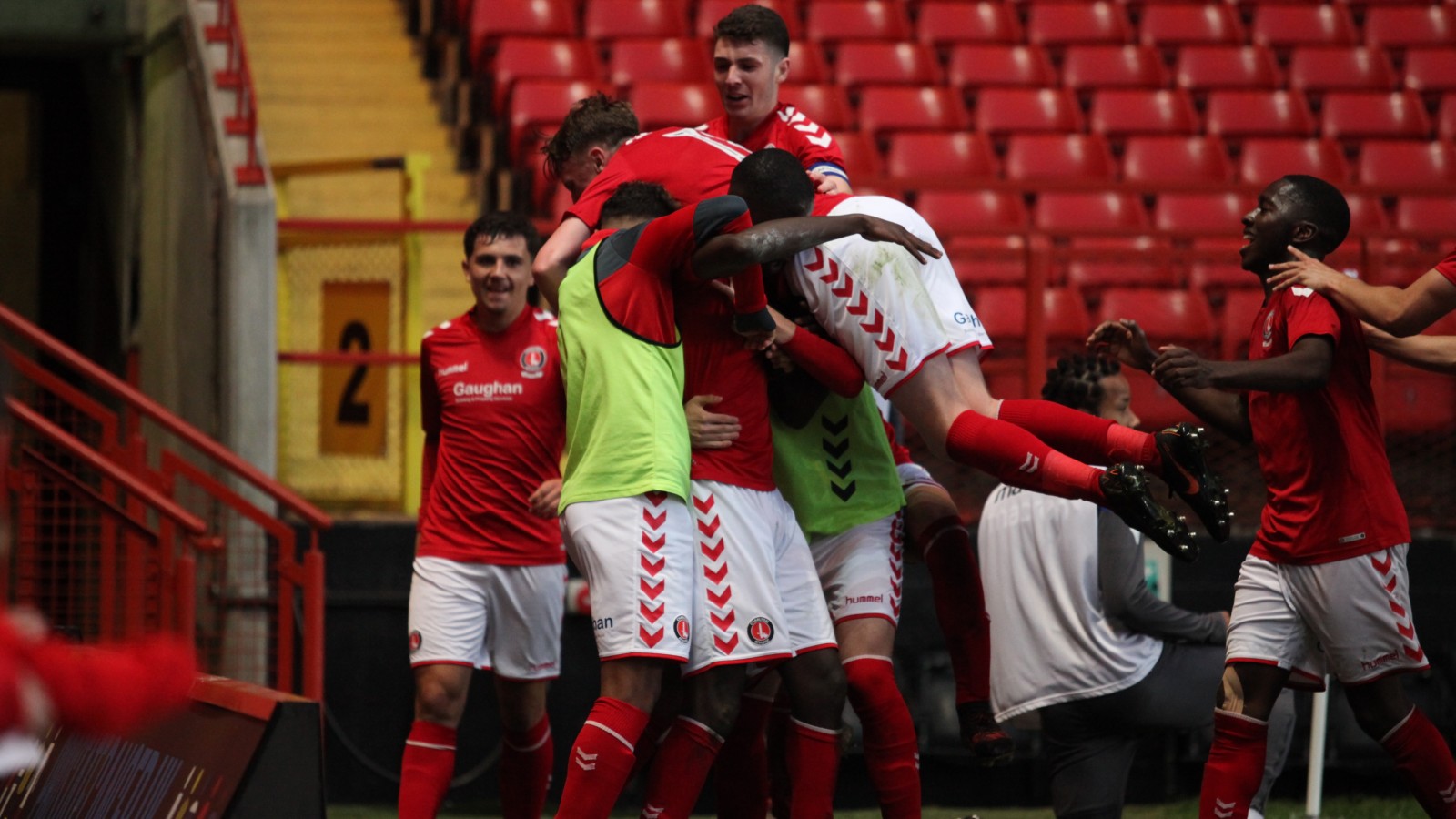 Charlton’s U18s were crowned as Professional Development League 2 champions on Friday night after they beat Crystal Palace in the national play-off final.

Albie Morgan and Brendan Sarpong-Wiredu scored once either side of half-time for the young Addicks, with Joseph Hungbo netting a consolation for the Eagles.

Charlton have now earned the national title in three of the last four seasons, with this latest success capping another successful season for the club’s academy.

The first chance of the game fell the way of Palace. Hungbo aimed an angled drive at goal but stopper Ashley Maynard-Brewer got down quickly to save.

The visitors came close on 12 minutes when James Daly drilled a strike against the base of the post and the Addicks then quickly responded by hitting the woodwork themselves.

Sarpong-Wiredu glanced on a cross on the penalty spot and, at the back post, U16 Jeremy Sarmiento stretched and hooked the ball against the Palace crossbar.

Alex Willis had a volley saved at the second attempt by Eagles goalkeeper Oliver Webber and Sarpong-Wiredu then shot over a minute before the break.

Charlton took the lead with virtually the last attack of the half. Morgan picked the ball up on the edge of the box, following some great work from Willis, and arrowed a low strike into the bottom corner.

Morgan almost got a second shortly after half time, but he could only curl a 20-yard free-kick over and on 65 minutes striker Willis was denied by Webber at the goalkeeper’s near post.

The Addicks had bossed the second period and they deservedly got their second on 70 minutes. Following a great spell of possession, Morgan spread the play to Willis and he whipped in a low cross that Sarpong-Wiredu turned home from close range.

Palace pulled one back five minutes later from the penalty spot. After full-back Dan Birch had fouled Hungbo inside the box, the Palace man picked himself up to convert the spot-kick from 12 yards.

Willis headed over from a corner on 85 minutes as Charlton looked to kill the game off but they would not need a third as they held on to win and lift the national title.