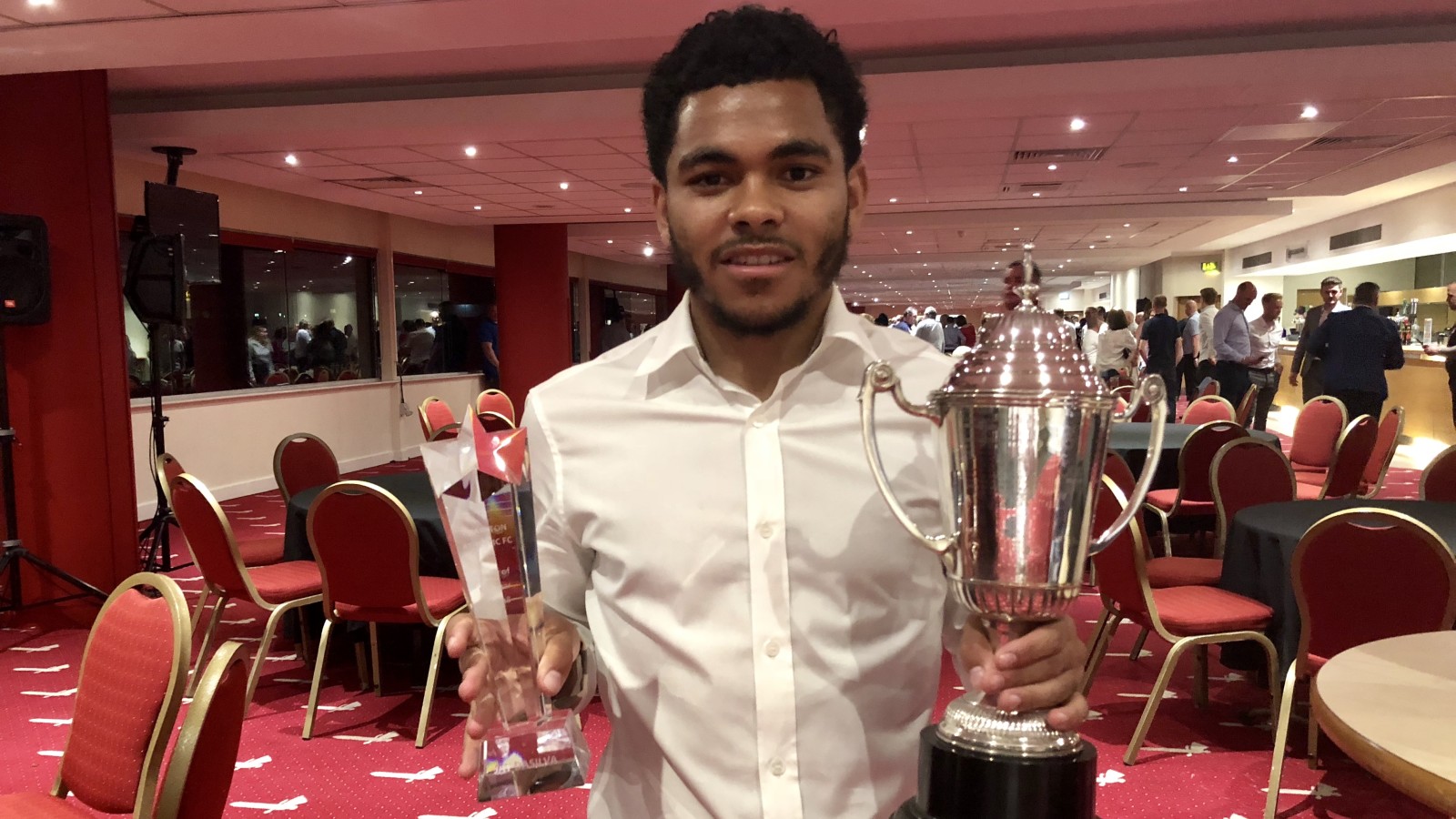 Jay Dasilva has been voted for by supporters as their 2017/18 Player of the Year.

The full-back, who rejoined the club on loan from Chelsea for a second spell back in July, has enjoyed a solid season in the Addicks’ back four and the 20-year-old won 28% of the fans’ vote to earn the crown.

Fresh from captaining England’s U19s to UEFA European Championship glory last summer, he returned to The Valley and immediately took the left-back berth, going on to make a total of 42 appearances in all competitions as he helped Charlton book their place in the play-offs.

Meanwhile, Tariqe Fosu has capped off a fine first season as an Addick by securing second place with 15% of the vote.

Arriving from Reading last June, he has made an immediate impact, despite injuries hampering his campaign. He has netted nine goals in 33 appearances, including a hat-trick at Fleetwood Town in the 3-1 victory in September.

Jake Forster-Caskey scooped third place with 13% of the fans’ votes. The midfielder has excelled in his second season at the club, keeping the engine room ticking over at the heart of the Addicks’ midfield. This season has seen the 24-year-old make 43 appearances, scoring five goals and claiming eight assists.

Also announced at Monday evening’s Player of the Year awards dinner at The Valley was the 2017/18 Young Player of the Year, as voted for by Valley Gold members, with Joe Aribo becoming the latest academy graduate to earn the recognition previously claimed by the likes of Scott Parker, Jonjo Shelvey and, more recently, Joe Gomez and Ademola Lookman.

Other awards dished out included the Charlton Athletic Disabled Supporters Association’s Player of the Year which went to Patrick Bauer, while the Community Trust’s PFA Community Champion award was given to Jason Pearce.

Finally, the Supporter of the Year crown was awarded collectively to the German Addicks – a group of supporters from Germany who regularly make the journey to SE7 to support their team.