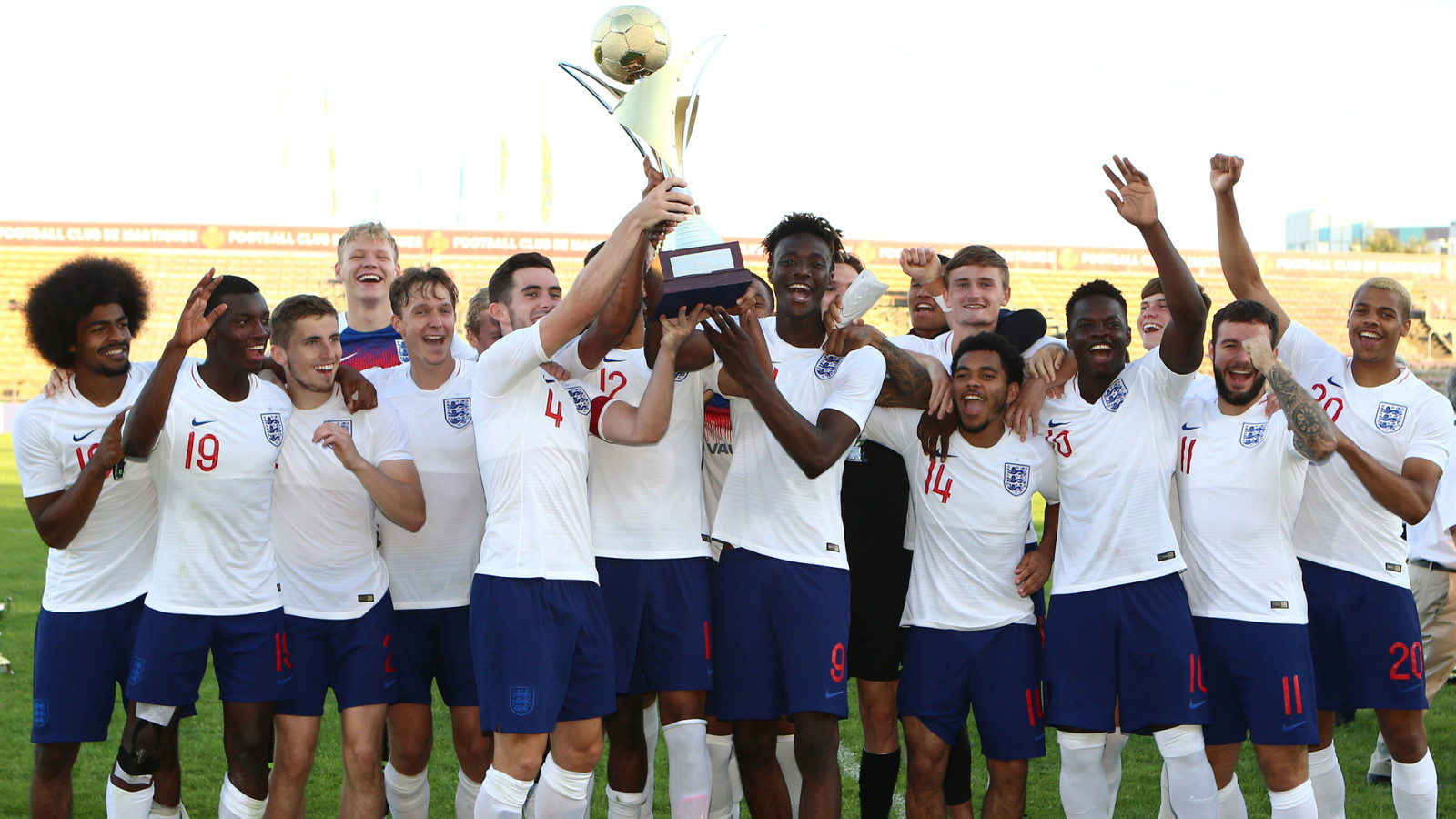 Ezri Konsa and England U21s were crowned as Toulon Tournament champions for a third successive year at the weekend.

The Young Lions came from behind to defeat Mexico in Saturday’s final at the Stade Francis-Turcan.

Having previously gone 22 years without winning the trophy, England have now lifted it in 2016, 2017 and 2018 and academy graduate Konsa was delighted to have contributed to the latest success.

“I’m really proud to have played my part in helping the U21s to win the Toulon Tournament again,” said Konsa, who made his England U21s debut in the group match against Mexico.

“It was a great couple of weeks – we all worked really hard – and to finish it by lifting the trophy was great for us all.

“To win the competition for the third time in a row is brilliant for England. We had a great squad of players and staff and, again, I really felt like a learned a lot and have improved myself.

“Like I’ve said before, I’m always honoured to be selected by my country and hopefully I can keep getting these opportunities in the future.”