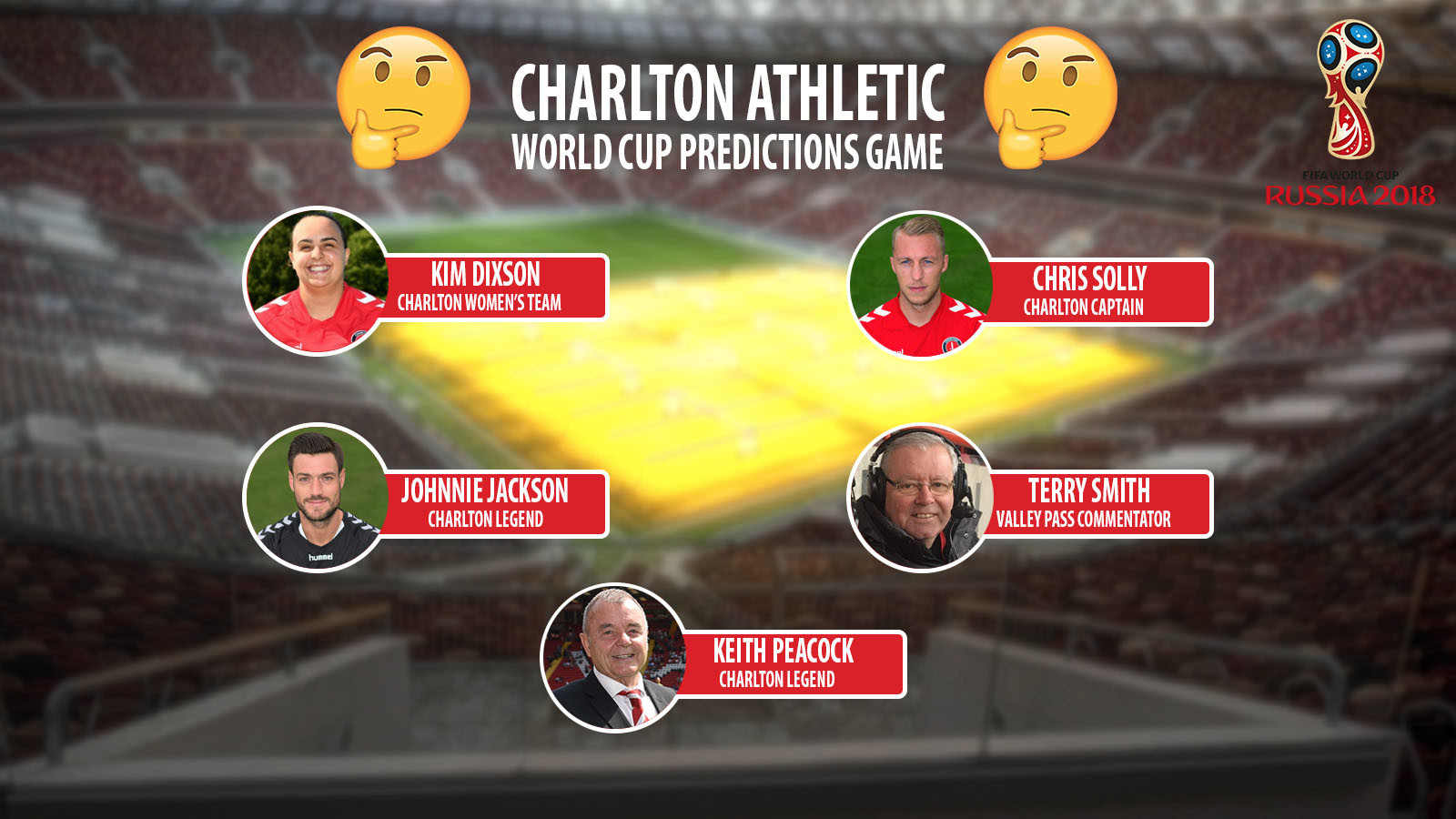 Five Charlton representatives will go head-to-head during the FIFA World Cup by competing against one another in a score predictions game.

The summer showpiece kicks off on Thursday afternoon, with hosts Russia taking on Saudi Arabia in Moscow (4pm UK time) and the competing Addicks will be awarded one point for every correct match outcome they select (win, lose or draw) and three points for a correct scoreline.

Supporters will be able to keep up to date with the competition by following the club on Twitter. The quintet’s predictions will be posted online most mornings, with the league table being updated after full-time of the final match most evenings.